Will the United Kingdom Move Its Israel Embassy to Jerusalem?

Truss seems to have miscalculated her plan to move the U.K. embassy to Jerusalem. 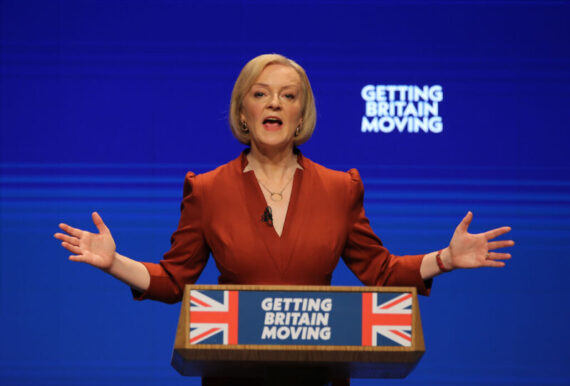 iz Truss, the United Kingdom’s new conservative prime minister, stirred controversy after saying that she is reviewing relocating her country’s embassy in Tel Aviv to Jerusalem.

Truss made the statement before a pro-Israel group of the Conservative Party, and if implemented, it will break a long-standing UK position which called for respecting the legal status of Jerusalem under international law—especially keeping in mind the historical role of the UK in the creation of Israel.

Truss responded to an earlier letter sent by a pro-Israel lobby group calling on her to move the UK embassy to Jerusalem by saying that she knows the “importance and sensitivity of the location of the embassy.”

The Israeli lobby has a strong influence in the United Kingdom. Coupled with personal calculations, this might push Truss to make a decision that goes against traditional British political establishments and which will highly displease Palestinians.

Read: Who is Liz Truss, the New Prime Minister of the United Kingdom?

Support for Israel in the UK

Over the past 12 years, Tory prime ministers such as David Cameron, Theresa May, and Boris Johnson have expressed their strong personal and emotional ties and support for Israel.

The former leader of the British Labour Party, Jeremy Corbyn, was ousted in 2020 after being targeted by a campaign by the Israeli lobby which accused him of anti-Semitism.

Meanwhile, Truss is facing serious leadership challenges after her plan to cut taxes imposed on the rich, which caused the British pound to fall to record levels against the U.S. dollar. By moving the UK embassy to Jerusalem, Truss seeks to garner more support among the conservative voting base and within her own party.

Church figures in the UK expressed concern over the “potential impact” of moving the British embassy from Tel Aviv to Jerusalem.

According to a spokesperson, Archbishop of Canterbury Justin Welby is “concerned” about the move.

The spokesperson told Middle East Eye: “The Archbishop is concerned about the potential impact of moving the British Embassy in Israel from Tel Aviv to Jerusalem before a negotiated settlement between Palestinians and Israelis has been reached.”

He noted that Welby “is in touch with Christian leaders in the Holy Land and continues to pray for the peace of Jerusalem.”

In a statement on Monday, October 10, 2022, the council stated, “We, the Council of the Patriarchs and Heads of the Churches in Jerusalem, have noted with grave concern the recent call of the new British Prime Minister, the Right Honourable Liz Truss, for her government to review the placement of the British Embassy to Israel.”

The statement continued, “This directive was in response to the request of the Conservative Friends of Israel, who seek to have the Embassy moved from its present location in Tel Aviv to a new site in Jerusalem.”

It added, “The religious Status Quo in Jerusalem is essential for preserving the harmony of our Holy City and good relations between religious communities around the globe.”

“As a city holy to the three Abrahamic Faiths representing more than half the world’s population, Jerusalem has long been recognized by the International Community, including the United Kingdom, as having a special status (Corpus Separatum) one aimed at safeguarding the freedom of religion, the sacred character of Jerusalem as a Holy City, and the respect for, and freedom of access to, its holy places (UN Report, ‘The Status of Jerusalem,’ 1997).”

Truss seems to have miscalculated her plan to move the UK embassy to Jerusalem as she faces both internal and external opposition. The UK’s position on Jerusalem is of particular importance due to the role Britain played in the creation of the state of Israel and the Balfour Declaration which promised Jews a homeland in Palestine.