The United Nations in an Age of Transition I: World Order and Realpolitik

The transition from unipolarity to multipolarity will bring a prolonged period of instability and regional proxy wars, with the threat of a major global confrontation. The risk of a collapse of world order cannot be entirely excluded as long as the rules-based system of international relations, represented by the United Nations, is not functioning efficiently and international politics is essentially based on the pursuit of national interests, not on international law. 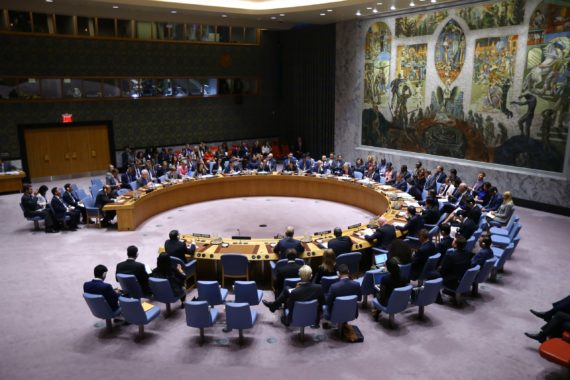 In the public realm, order, as condition of peace, requires the rule of law, a set of norms the enforcement of which is guaranteed – domestically – by the authority of the state with its monopoly of force (as defined by Max Weber) and on the basis of a separation of powers. If this system collapses, one may speak of a “failed state,” a situation of anarchy, or lawlessness, where everyone is at the mercy of the other and the law of force has replaced the force of law.

No such system of order exists yet internationally, in relations between sovereign states. This has been true for the post-World War I era of the League of Nations as well as for the post-World War II period of the United Nations Organization. Internationally, the rule of law means a universal and consistent system of norms regulating relations between states, but also determining domestic state behavior in regard to treaty obligations. Those legal norms, agreed-upon among UN member states, exist. However, the United Nations Charter does not provide the adequate organizational framework for their implementation. We shall explain in more detail why this is the case.

The United Nations Charter does not provide the adequate organizational framework for their implementation.

In the absence of efficient mechanisms of enforcement, what has, all through history, guaranteed order in relations between states is a balance of power between the most influential actors. This means interaction between states on the basis of the pursuit of mutually accepted self-interest. The solemn proclamations of Purposes and Principles in the UN Charter notwithstanding, the pursuit of national interests on the basis of mutuality has been the maxim of realpolitik also in the framework of the United Nations. In terms of military power, this has meant “mutual deterrence,” which implies the fear of disadvantage (in the extreme case, destruction of the state) in the case of hostile action against another state.

In the period of the Cold War, this particularly related to the nuclear capacity of the two superpowers. More than the norms of international law, it may have been the fear of “mutual assured destruction” (MAD) that preserved peace at the global level. As disillusioning as this may be: as long as legal principles and rules – such as the prohibition of the use of force – cannot be universally and consistently enforced, the mechanisms of realpolitik, as expressed in the interest-based concept of deterrence, are the only efficient precautions against all-out war – and, thus, also for a stable, though precarious, world order.

In the era after World War II, the victorious powers agreed to organize international relations in the spirit of equal cooperation among themselves – and themselves alone.

In the era after World War II, the victorious powers agreed to organize international relations in the spirit of equal cooperation among themselves – and themselves alone. This is the reason for the special privileges of the P5, the five permanent members on the Security Council (United States, Soviet Union [now Russia], China, United Kingdom, France). In the initial phase, this meant that an, albeit fragile, balance of power among those states guaranteed world order. Those five countries – the sponsoring governments of the UN (except France) – saw themselves as the enforcers of the rule of law and, thus, international peace, while effectively putting themselves above the law by means of their veto right (enshrined in Article 27[3] of the UN Charter).

Within a few years after the organization’s founding, the multipolar constellation among the P5 evolved towards a bipolar struggle between the then two nuclear powers, the USA and the Soviet Union (USSR) (the latter having acquired nuclear capacity in 1949). As a result of this development, the United Nations was effectively sidelined – indeed marginalized – and became the stage for the global power struggle between the United States and the Soviet Union. Because of the mutual blockage due to the US and Soviet veto, the Security Council was paralyzed. What prevented World War III was indeed deterrence, i. e. each antagonist’s interest in self-preservation. This was the era of proxy wars along the fault lines of the East-West Conflict – in its direct geographical and wider ideological and geopolitical meaning. The rivalry triggered catastrophic domestic and regional conflicts such as those in Korea, Vietnam and Afghanistan, but did not result in a direct confrontation between the two superpowers.

What prevented World War III was indeed deterrence, i. e. each antagonist’s interest in self-preservation. This was the era of proxy wars along the fault lines of the East-West Conflict.

The collapse of the Soviet empire after 1989, with the demise of the USSR in 1991, made – for around two decades – the United States the sole hegemon. The end of bipolarity indeed signaled the collapse of the balance of power at the global level. In the resulting unipolar constellation, there existed no checks and balances restraining the behavior of the most powerful global actor – neither those ensured by legal mechanisms and procedures of the UN nor those resulting from the counterweight of other sovereign states. As a consequence, the international community had to cope with the arrogant assertion of interests by the only remaining superpower.

All through history, hegemons have tried to “eternalize” their privileged position. The United States has pursued such an agenda through unilateral uses of force, which it could carry out without fear of the law and without worrying about repercussions in terms of realpolitik. The wars of aggression since the late 1990s, with the invasion of Iraq in 2003 as the most striking example, are clear evidence of this.

In a short period after 1990, the only superpower was able to use the Security Council for its own strategic purposes. The loss of the power balance among the P5, around which the world organization was originally built, made this possible. The resolutions that preceded the Gulf War of 1991 are the most obvious example. However, the much-praised unanimity among the permanent members was not only short-lived, but an illusion from the outset. It did not reflect an alliance by conviction, but it was due to their military, economic and political weakness at the time that neither Russia nor China raised objections in the Council. The strategic imbalance was also obvious in another respect. While, in the case of the war against Iraq in 1991, the justification was multilateral (by means of Council resolutions), the action, i.e. the implementation of the resolutions, was effectively unilateral, solely determined by the United States and her allies.

Although later, after the Kosovo war of 1999, the consent of the two non-Western permanent members was not as easy to obtain as in the initial decade after the end of the Cold War, the continuing unipolar constellation made the predicament of the UN even worse. Not anymore counting on the endorsement of its actions by the Council, the most powerful member state felt no need even for a semblance of legality in its unilateral use of force against Iraq in 2003.

Illegal “humanitarian” interventions, carried out in the name of human rights, democracy and the rule of law, had profoundly negative results on the international order in several major respects:

The transition from unipolarity to multipolarity will bring a prolonged period of instability and regional proxy wars, with the threat of a major global confrontation. The risk of a collapse of world order cannot be entirely excluded as long as the rules-based system of international relations, represented by the United Nations, is not functioning efficiently and international politics is essentially based on the pursuit of national interests, not on international law. If, in this transitory phase, the fate of the world is indeed left to an unrestrained power struggle between sovereign states (regionally as well as globally), the so-called “Thucydides trap” is not an improbable scenario. Comparing the present constellation between the United States and China to the rivalry between Athens and Sparta that led to the Peloponnesian War (431-404 BC), Graham Allison, in his new book “Destined for War,” has convincingly explained that fear of an emerging competitor may cause the dominant power to resort to war to preserve its supremacy. 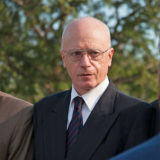