The US insists on sponsoring terror in Afrin

While the Trump administration continues to provide military and financial assistance to the PKK/PYD in the name of fighting Daesh, Ankara has continuously emphasized that a terrorist group cannot be defeated by supporting another one. 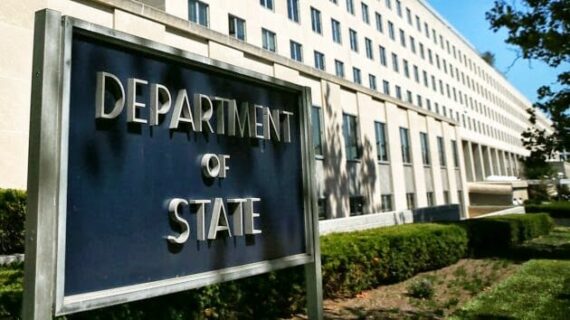 On Thursday 18 January, the U.S. State dept. urged Turkey to refrain from taking any action in Afrin, Syria, calling on the Ankara administration to remain focused on the fight against Daesh.

Following a news briefing, State dept. spokeswoman Heather Nauert stated that the U.S. wanted Turkey to abstain from violence in the northwestern city of Afrin.

“We would call […] on the Turks to not take any actions of that sort.”

The Assad regime handed over Afrin to the PKK/PYD terrorist group and according to estimates there are around 8,000-10,000 terrorists in the area.

The PKK/PYD and the PKK’s Syrian offshoot the YPG have remained a national security threat for Turkey and thus the Turkish administration has justified its intention to intervene in Afrin on this basis.

Due to the differences in opinion regarding the threat posed by the PKK/PYD, relations between Turkey and the U.S. have remained at an all-time low.

While the Trump administration continues to provide military and financial assistance to this terrorist organization in the name of fighting Daesh, Ankara has continuously emphasized that a terrorist group cannot be defeated by supporting another one.