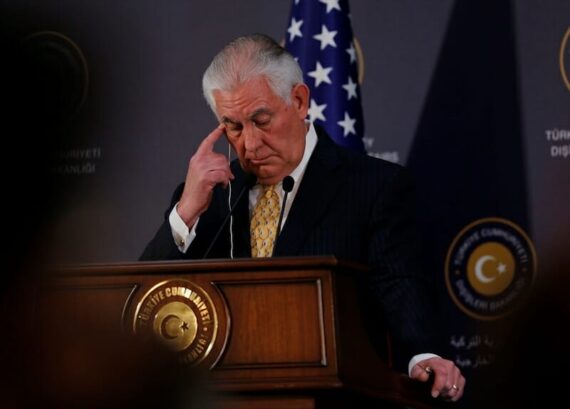 The U.S. must end its military and political support to the YPG not only to repair ties with Turkey but also to bring long lasting stability to Syria. If the U.S. is interested in a semblance of stability in Syria, it is a no brainer that it needs to work with Turkey and not with the PKK’s Syrian branch. The YPG is a direct threat to Turkey’s national security and it is not a reliable insurer of stability in any meaningful sense of the word. It only makes sense for the U.S. the U.S. to work with its state allies like Turkey, not a terror group’s extension.

The PKK’s Syrian branch, the YPG, has sought to carve out an autonomous zone in northern Syria by securing U.S. support under the pretext of fighting Daesh and by kicking Arab populations out of their lands. The PKK utilized the rise of Daesh and secured this as an opportunity by promising the U.S. that it will fight the terrorist organization in return for military and political support. The Obama administration played along starting with the Kobani fight and bought into PKK’s game plan despite Turkey’s multiple warnings. However, starting with Operation Euphrates Shield, Turkey displayed its determination in terms that it will not tolerate the PKK’s efforts to create a statelet for itself with U.S. support.

While rebranding the PKK’s Syrian forces and integrating them into the Syrian Democratic Forces (SDF) may have looked like a clever move, it was simply a gimmick to evade Turkey’s reaction and avoid legal complications, as U.S. law does not permit providing support to terror organizations. By investing in a partnership with the YPG, the U.S. created a center of gravity around it, driving many smaller groups to be part of the SDF. The SDF might include many non-YPG fighters but the YPG has remained the dominant group accomplishing its military and political goals.

The already existing command structure owed to the PKK made it easier for U.S. planners to invest in the YPG and to promote them as the most “effective fighters.” In reality, though, their “success” against Daesh always entailed U.S. air cover and military support including heavy weaponry. If one of the central goals of U.S. policy is stability, a group that depends on U.S. support so much cannot deliver it.

The YPG systematically pushed Arab populations out from their lands in northern Syria, rendering them refugees in Turkey. The YPG was able to justify this demographic engineering under the pretext that many of these Sunni Arabs might have ties to Daesh. With the blessing and support of the U.S. forces, they are now the dominant force controlling Arab majority cities like Raqqa. U.S. policymakers must recognize the reality that the YPG they have invested in is a destabilizing factor itself. Turkey’s Afrin operation has shown that the YPG has its own political agenda and it is not only interested in fighting Daesh. Moreover, it is ready to make deals with all actors, including the Assad regime.

Turkey is out of patience. Multiple promises by the Obama and Trump administrations have proven to be empty rhetoric. Recent visits by Trump administration officials have resulted in the creation of a strategic conversation mechanism but it is not clear how much progress can be made. After all, administration officials have not signaled a serious rethinking of the U.S. support for the YPG. If the U.S. treats the discussions in this new mechanism as brainstorming sessions with no concrete action on the ground, they may prove to be futile. “Working through” Turkey’s concerns may not cut it this time around; a real strategic conversation needs to start addressing Turkey’s national security requirements.