The US Went Too Far Against Huawei

Not just Huawei or China feels less secure right now, but the whole world feels that way. And, there is almost nothing more harmful to a world order than feeling insecure. 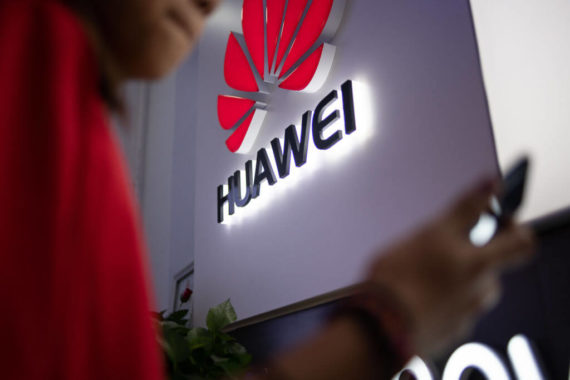 n this photo taken on May 27, 2019, a Huawei logo is displayed at a retail store in Beijing. - China is digging in for a tough period of deteriorating ties with the United States, fanning the flames of patriotism with Korean War films, a viral song on the trade war, and editorials lambasting Washington. Getty Images

As its relative power declines and technological edge diminishes, the U.S. becomes more and more aggressive and hostile against other countries such as, Turkey, Iran, Russia, Venezuela and China. And this U.S. aggression takes many forms as diverse as staged/instigated coups, financial attacks and economic sanctions.

However, the latest move against Huawei defies both logic and categorization. Is this a sanction? No. Why did the U.S. want Google and other companies such as Intel to severe ties with Huawei? Moreover, not just U.S. companies, but various companies around the world such as Japan’s Toshiba and Panasonic and the U.K.’s Vodafone, ARM and EE decided to shun Huawei, presumably in an attempt to protect themselves from U.S. aggression in various forms.

Wait a minute, how on earth does a state want private companies to terminate commercial relationships with other companies (to add insult to the injury, on very dubious reasons)? How can business be that politicized? Has Huawei become “too strong to tolerate” for the U.S.?

Yes, it is about power and politics. The U.S. is trying to keep its hegemonic power status and wants to control the world more or less as before. However, the U.S. is trying to wage a losing war. The world is fast changing and in the long run we will witness that the world will be truly multipolar and the U.S. Dollar will lose its international reserve currency status.

Nevertheless, the latest move of the U.S. is too much even for itself. Yes, the U.S. is an immensely powerful state and it has mostly tried to legitimize its aggressions almost only via its powerfulness time and again in the past. Yes, power is a very strong currency. But it has limits. No state in the world is more powerful than the rest combined. And the use of power has also its own, albeit soft, limits. You do not want to run out of your power cards and look extremely arrogant and hostile. This is not a moral issue. Every action produces its reaction and every move you make triggers counter moves from the rest. So, using your power rather conspicuously and inattentively prompts the rest in such a way that they strive to limit and diminish your power. You may think that you are winning in the short run. However, in the long run, you could be the prime loser.

Make no mistake: free trade has numerous benefits for the whole world. But, it also distorts the “playing field” significantly against developing countries.

The western world has been champions of free trade and liberalism for so long. According to this mantra, wealth and prosperity comes only with a world in which goods/services and ideas/knowledge flow freely. So much so good. However, developed countries started to preach free trade only after their economies matured enough to compete globally. Actually, the U.S. itself saw British advocacy of free trade as a “mental trap” to contain it economically and to sustain its dependency in the 19th century. But, in turn, the U.S. started to preach free trade in the 20th century when its economy had become strong enough. Why all this fuss about free trade? Because, it serves two goals at the same time. First, it provides outlets to developed countries to sell their products around the world freely, hence free trade means more markets to sell goods for them. Second, free trade tends to hinder nascent industries and firms in the developing world. The less competitors there are, the better… Make no mistake: free trade has numerous benefits for the whole world. But, it also distorts the “playing field” significantly against developing countries.

The curious point today is that the U.S. is busy with actively undermining its own free trade mantra egregiously. The executive order regarding Huawei and actions taken by Google and Intel among others against Huawei are incredibly problematic when considering the world system that the U.S. founded almost singlehandedly in the wake of World War II. At this point I can easily say that the U.S. went too far on the Huawei case.

Where is free trade, or fair trade? The U.S. acts in such a way that it can change the rules of the game whenever it wants. If it advocates free trade, then principally it is the best. If it violates free trade, then principally violation is the best. Yes, we are like more and more in an Orwellian world for the U.S.: facts are just constructs. The powerful can change it, delete it, or reproduce it. The powerful determines what constitutes facts and others will just obey.

The U.S. must understand that we are not living in such a world. It cannot simply preach the merits of free trade and benefit immensely from the world system in which free trade has a central place until it decides that it can violate free trade mantra when it feels itself in danger without impairing its image and also its viability.

The curious actions taken against Huawei will prompt Huawei itself and others to develop technologies in an effort to be less dependent on technologies of Google and other U.S. companies. Why? Because not just Huawei or China feels less secure right now, but the whole world feels that way. And, there is almost nothing more harmful to a world order than feeling insecure. The 21st century will be a century of change as to compete with even the 20th century. The U.S. may think that these efforts are contributing to their goals, but it is most probably the opposite.