The Washington Post drops Journalism to a new low

“It is not possible to explain this with freedom of press and expression. To portray one of the leaders of a terrorist organization as the representation of Kurds is, above all, an insult to the Kurds.” 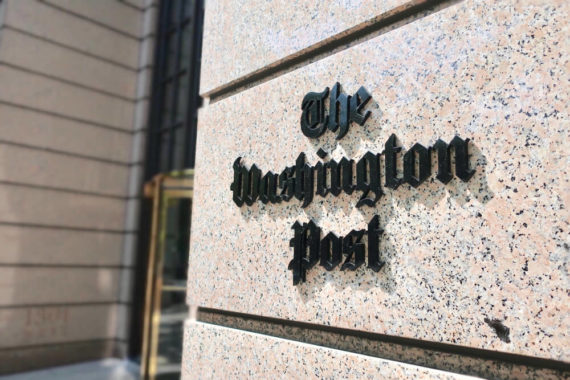 The PKK is a terrorist organization that was formed in the late 1970s and launched an armed struggle against the Turkish government in 1984, calling for an independent Kurdish state within Turkey. While Abdullah Ocalan is the leader of the terrorist organization, Kesire Yildirim, Haki Karaer, Cemil Bayik, and Kemal Pir are among the founders of the PKK. The main goal of the organization is to occupy the eastern and southeastern parts of the Anatolia Region of Turkey, Syria, Iran and Iraq on the lines of revolutionary Marxist-Leninist ideology and separatist ethno-nationalist principles, calling for Kurds to establish an independent state in the region.

The PKK chose to base its aim on armed struggle. It committed massacres against unarmed and innocent people in not only Turkey but across the region. Since its foundation in 1984, more than 40 thousand people lost their lives because of PKK terrorism. They’ve attacked tourists, tourist facilities and organizations. The terrorist organization has and continues to pursue sabotage-type attacks on facilities, institutions, and infrastructures in order to prevent investments and damage the economy, and to also make propaganda abroad. The PKK is also into organized crime, illegal human smuggling and drug trafficking. The organization is listed as a terrorist organization internationally by numerous countries, including the members of the European Union and other countries such as the U.S., Canada, and Australia. While the U.S. recognized the PKK as a terrorist organization in 1997, the EU designated the group as terrorist entity in 2004.

Following the op-ed written by Cemil Bayik –one of the five founders of the PKK and the second-hand man of the organization- and published by the Washington Post on Wednesday, Turkey’s foreign ministry, top diplomats and politicians highly denounced and condemned the American newspaper for its level of hypocrisy.

A statement made by the ministry read: “A head terrorist of the PKK –listed as a terrorist organization by many countries, including the U.S., and which has brutally massacred tens of thousands of innocent people- has brazenly engaged in terrorist propaganda by using The Washington Post.”

The statement also stressed that there should be no discrimination between terrorist organizations in the fight against terror.

Further, the statement read: This publication has violated the principle of “preventing the promotion of terrorism,” which is the most important commitment of the international community in the fight against terrorism.

Turkish Ambassador to Washington, Serdar Kilic, tweeted: The Post “took the profession of journalism to new lows” by giving a platform to one of the PKK’s “bloodthirsty” leaders.

“This is an affront not only to the Turkish people but also to the memories of tens of thousands of innocent men, women and children who became victims of terror at the hands of the PKK,” he stressed.

“It should be noted that the U.S. Supreme Court ruled that providing support to even nonviolent activity of a terrorist organization violates the anti-terror laws of the U.S.,” Kılıç added.

Spokesperson to the Turkish president, Ibrahim Kalin said: “It is not possible to explain this with freedom of press and expression. To portray one of the leaders of a terrorist organization as the representation of Kurds is, above all, an insult to the Kurds.”

Kalin added: “It’s a grave scandal that an article written by a terror organization member has been published in the Washington Post.”

In the written statement, Kalin also stated: “The Washington Post, which provided space for a terrorist that is on the list of terror organizations of the U.S. and the EU as well as awarded a prize by the U.S. administration, openly makes propaganda for terrorism and violates the U.S. laws.”