“They Would Have Crucified Me”

The trauma experienced by the CHP electorate since the election day is surely in the realm of psychiatry. However, an odd picture is revealed considering the reason for the CHP deputy chairs’ announcements, the claims of rig and the following confessions, and some groups call upon people to take to the streets. 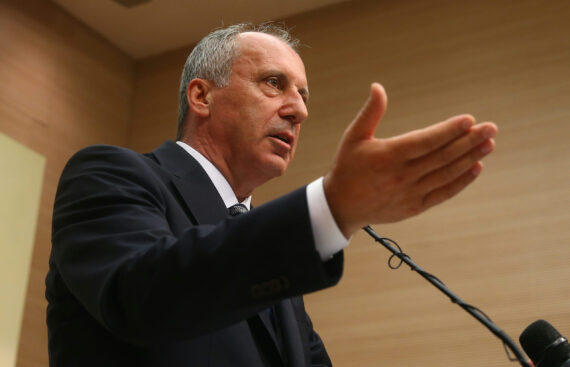 As the ballot boxes were closed at 5.00 p.m. in the June 24 presidential and parliamentary elections, everyone started waiting for the results impatiently. The elections marked a turning point in Turkey’s history since the new governance system was to be introduced after that. So, the voter turnout was around 87.5 percent. As from 6.30 p.m., early results of the counting started to be announced on television channels. Only a few hours later, it became certain that Recep Tayyip Erdogan would win the presidential race by a landslide and thus there would not be any need for a second tour of the presidential elections. But the main opposition Republican People’s Party (CHP) administrators argued against this.

The pro-CHP broadcaster Halk TV only released the number of the opened ballot boxes and ignored the overall results for hours as opposed to other broadcasters. At 8.00 p.m., the CHP Election Monitoring and Coordination Committee members Bulent Tezcan, Tuncay Ozkan, Muharrem Erkek and Onursal Adiguzel organized a press meeting at the party’s head office. During the press conference, the CHP Deputy Chairman Tezcan said: “Muharrem Ince’s vote share is around 40 percent while Erdogan’s is 46 percent. Ince will win the election, we will disclose all the rigs.” The other members standing beside Tezcan during his speech did not utter a single word, but only threw strained glances with a crooked smile glued on their faces.

Two hours later, the same team issued another statement. The vote shares were not announced this time: “Some groups began celebrating too soon. We are closely monitoring the results. The figures show that the presidential election will wrap up in the second round.” And one hour later, an array of baseless allegations started to circulate on social media. Firstly, CHP supporters wrote tweets which suggested that Fox TV’s broadcasting was cut off, which were shared and retweeted by thousands of people.

In the midst of these rumors, Fox TV’s live broadcast was ongoing. After a while, a second tweet that would be shared by thousands were tweeted. This tweet claimed that even the Justice and Development Party’s (AK Party) Supreme Electoral Council members resigned in the face of the rigged elections while Erdogan called Ince and threatened him to walk out of the presidential race by telling him that his wife was abducted. Ince did not make any public appearance in the meantime. So, the CHP electorate rushed to the party’s head office and started waiting anxiously.

Then, a new development was announced by Fox TV, which supported Ince throughout the electoral process. Fox TV anchorman Ismail Kucukkaya said that he wrote to Ince on WhatsApp to ask his whereabouts, upon which Ince answered: “The man has won.” By that time, the other broadcasters had already announced Erdogan’s victory, being the latest of his unremitting victories since the first election he ran for in 1994, in which he was elected as Istanbul Mayor. As a result, President Erdogan’s vote share was 52.6 percent while Ince’s was 30.6 percent.

The following day, Muharrem Ince appeared before the press: “First of all, I would like to begin with the false news running on social media. They are all lies. The claims such as the abduction of my wife and a group of colonel’s hostage-taking me are the products of a bunch of schizophrenic minds. But taking them seriously is another problem. There is no such a thing. There are 10 million votes between [me and Erdogan]. We are not evading, we are not being threatened. Erdogan is the winner of the elections.” Ince also congratulated Erdogan, adding that he aimed to double his vote share in the future.

However, Ince’s announcement did not change the situation. Many CHP proponents, who, considering their social media profiles, are most probably university graduates and professionals, started spreading another rumor on twitter: “Ince’s statements have already showed that he is being threatened.”

The CHP Chairman Kemal Kilicdaroglu was also incensed. Apparently, he was furious at Ince, whose vote share in the presidential election was seven points higher than the CHP’s vote share in the parliamentary election. He defended the exact opposite of the bare truth in his statement: “The AK Party is the only losing party in the elections. The party has become a lame duck. Also, a dictator cannot be congratulated.” Kilicdaroglu, who has lost eight elections during his chairmanship, answered the resignation calls as follows: “In our party, we have no place for those who only care about remaining in office.”

A series of confessions began to be made within the party following Ince’s statement. They explained the backdrop of the party deputy chairs’ announcements during the election day. One of the most striking statements were issued by Hakan Bayrakci, the president of pro-CHP surveying company SONAR: “The results were evident in the polls but they would have crucified me had I declared that Erdogan would win.” The latest poll announced by Bayrakci before the elections suggested that the presidential race will wrap up in the second round.

The trauma experienced by the CHP electorate since the election day is surely in the realm of psychiatry. However, an odd picture is revealed considering the reason for the CHP deputy chairs’ announcements, the claims of rig and the following confessions, and some groups call upon people to take to the streets.