Time to Decide for the CHP: Stay the Same or Become Popularized

CHP could just as easily say it doesn’t care about who rules, and focus on its usual voter base and not bother with becoming the ruling party. If this is what the CHP is going to say, it is the end of our discussion. The decisions it makes in the coming days will show whether the party wants to become the ruling party in 2019. 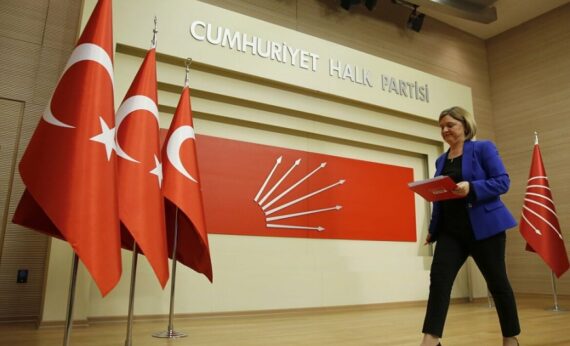 Turkey finds itself in a peculiar situation after the April 16 approval of constitutional amendments foreseeing a transition into presidential system. The percentage of votes received by the “yes” campaign in the referendum disappointed the Justice and Development Party (AK Party), which was the main force behind the campaign. The party was expecting a higher percentage. On the other hand, even though the Republican People’s Party (CHP) lost the referendum, the percentage of the “no” votes was seen as a victory. The victor is in low spirits, while the defeated is joyous. It’s definitely peculiar.

Nevertheless, the CHP is celebrating early, but that may turn out to be a mistake. Their celebration might be followed by a devastating disappointment, as was the case after the June 7, 2015 elections. It’s obvious that the presidential system the CHP fought against fiercely creates a chance for them to return to power in 2019, after a nearly seven decade break. The issue is whether the CHP will seize this opportunity. There are ways the opportunity can be used, and several possible scenarios for the CHP to reemerge as a political power.

Will “the CHP politics” end?

Patronizing the CHP by pointing out they garnered 48% of the votes could be misleading; even the CHP administration itself is aware that the “no” votes don’t belong to them in their entirety. The entire party administration, especially Chairman Kemal Kılıçdaroğlu, knows the old style of “CHP politics” as they know it has to end if they are to keep these votes.

Except for a short period of time in the 1970s when Bülent Ecevit and his colleagues rejected being the state party, the CHP was never able to draw even 40% of votes. In this respect, once we are talking about a sort of class party when we refer to the CHP, not a party of the masses.

Now the CHP has to make a decision: either they will continue to be a party catering to a specific demography in Turkey (about 25%), or they will try to make a compromise to garner the votes of others who said “no” in the referendum, even at the cost of losing its traditional voter base.

Let’s not forget that 25% is a substantial demographic in a country where there is a high level of political polarization, and there are more than four parties in parliament who met the 10% electoral threshold. Indeed, after the April 18, 1999 election, six parties had secured seats in the parliament and Bülent Ecevit’s DSP was the leading party with 22%. Moreover, Ecevit became the prime minister of a tripartite coalition. Yet, those times are over; to become the ruling party now, one needs a simple majority.

Analyzing the referendum results as if they are election results is misleading; however, it should be pointed out that the 2019 elections will not be easy for the AK Party and President Erdoğan, who most probably will be the party’s candidate. Erdoğan only needs to keep the votes his platform has already won – 52.5% in the 2014 Presidential elections, and 51.6% in the referendum – but the CHP needs to expand its base so it can achieve a simple majority and thus become a stakeholder under the new Presidential system.

Should the people follow the CHP, or the CHP the people?

If the constitutional amendments had passed the referendum with more than 60% support, the CHP might have had the luxury to stay the same; however, “no” garnered 49% of the total votes. Now, the CHP’s party administration will use this percentage as a benchmark for measuring their success in future elections.

For many, regardless of their views on the party, the 2019 presidential elections are no longer an assured defeat for the CHP; they may even become victorious. A CHP victory in 2019 is a definite possibility, but can the party win elections by standing still, advocating the policies they always have advocated, and failing to reform their ideas on freedom and democracy?

Yet, there is a simple arithmetic the presidential system entails: if the CHP continues to demand people comply with the party, they won’t be able to fare much further than 25% and will eventually lose their claim in ruling Turkey. In this respect, if the CHP wants its own candidate to become the president in 2019, they will have to change the party platform, its policies, and its political priorities – everything.

Since the CHP garners a constant 25% of the total votes and requires at least twice that percentage to elect a president, any potential candidate it puts forward needs to give a new voice to the party. But this isn’t only about the party’s views. Here the issue is a candidate and a campaign which will simultaneously garner the votes of HDP-supporting Kurds, MHP voters who don’t want the AK Party and Erdoğan in power, and people who previously voted for AK Party or smaller conservative parties, principally leftists, nationalists, Alevis and so forth.

Who is that candidate? One thing is sure: this candidate is not Kemal Kılıçdaroğlu! But Kılıçdaroğlu is the chairman of the CHP and, moreover, he is the victor who was able to garner 48.6% of the total votes for ‘no’ despite all the odds. If Kılıçdaroğlu doesn’t make any sacrifices and allow another individual to become the party’s candidate, it’s clear the CHP will lose the 2019 election.

Will Kılıçdaroğlu maintain his position?

In the 2019 elections, which will be jointly held for the President and Parliament, the CHP is expected to receive around 25-30% of the votes in parliament. If their Presidential candidate is popular enough to win, this may be reflected in the Parliamentary contest as well, raising the CHP legislative representation to around 30-35%. In any case, it’s obvious that the CHP will not have a majority in the parliament. For this reason, regardless of the president’s party, they will need temporary or permanent alliances. Even if the CHP candidate doesn’t become the president, the parliamentary groups of parties will be much stronger and more efficient in the new term. The game of politics will be played principally in the parliament, not at the presidential palace. Therefore, Kemal Kılıçdaroğlu may hand over the “leadership” to another while staying president of the CHP during the election process, or if he himself is elected, he may leave the Party to a candidate that the party will choose.

To summarize the situation for the CHP: (1) It has to find a candidate who can garner at least double the votes the party or its chairman received in the past. (2) This candidate will take the party’s political program and promises into consideration to an extent, while preparing his/her own political program and promises. At the same time, he/she will try to form a coalition which can garner 50% of the total votes. (3) The candidate shouldn’t be a classic CHP figure and he/she may not even be a member of the party. However, as it was in the case of Ekmeleddin İhsanoğlu, the candidate can’t be someone who won’t be approved by the party and the voter base. (4) The campaigns for parliamentary and presidential elections will be separated out of necessity. Even if the CHP’s candidate is elected president, the party won’t be able to win a 301 seat majority in parliament. Hence, there will be politcking and temporary alliances within the parliament. (5) The era of the chairperson being the “leader” of the party will end.