Of all the Arabian Peninsula monarchies, the United Arab Emirates (UAE) has received the most blame in Turkey for its backing of the YPG. Yet recently more Turks are paying closer attention to the deepening relationship between the Kurdish, Marxist group and the Kingdom of Saudi Arabia, which must be understood within the framework of Riyadh aligning closely with Abu Dhabi’s increasingly anti-Turkish foreign policy agenda in the greater Arab/Islamic world. 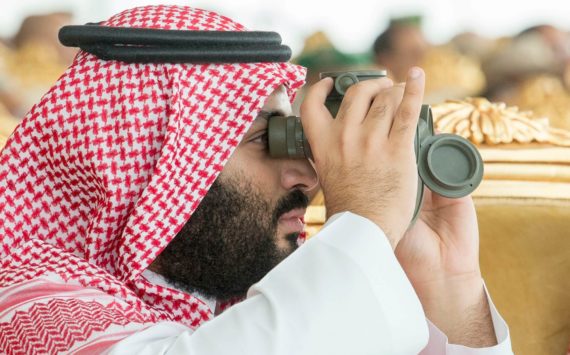 From Ankara’s perspective, the PKK (the outlawed Kurdistan Workers’ Party) and its Syria-based offshoot pose the most serious threat to Turkey’s national security. In recent years, multiple states have provided support to the PKK-linked People’s Protection Units (YPG) to advance their own geo-strategic interests. Of all the Arabian Peninsula monarchies, the United Arab Emirates (UAE) has received the most blame in Turkey for its backing of the YPG. Yet recently more Turks are paying closer attention to the deepening relationship between the Kurdish, Marxist group and the Kingdom of Saudi Arabia, which must be understood within the framework of Riyadh aligning closely with Abu Dhabi’s increasingly anti-Turkish foreign policy agenda in the greater Arab/Islamic world.

The deepening of Saudi Arabia’s partnership with the YPG unfolds against the backdrop of scores of other issues that have severely tested Ankara-Riyadh relations in recent years from the Qatar crisis to the Jamal Khashoggi saga, and geopolitical competition in the Horn of Africa to the politics of post-2011 Egypt, as well as the failed coup plot against Turkey’s government in 2016.

Last year, the media in Turkey began paying closer attention to Riyadh’s links with the YPG. In November Yenisafak published an article about the Saudi and Emirati governments sending military forces to parts of northeastern Syria under the YPG’s control. Although Riyadh and Abu Dhabi deployed such forces to serve within the U.S.-led coalition fighting Daesh, a general perception across Turkey was that this move on the part of both Gulf states was meant to counter Turkish influence in Syria via the YPG.

The deepening of Saudi Arabia’s partnership with the YPG unfolds against the backdrop of scores of other issues that have severely tested Ankara-Riyadh relations in recent years.

The same newspaper put out a piece in 2017, only five days after the Saudi/UAE-led bloc began sieging Qatar, that featured a photo of the PKK terrorist organization’s founder, Abdullah Ocalan, with officials from Riyadh, Abu Dhabi, and Cairo. Shortly after that article’s publication, the Saudi Minister for Gulf Affairs paid a visit to YPG-controlled Raqqa and met with Brett McGurk, the then-U.S. special envoy to the coalition against ISIS, to discuss the reconstruction of that Syrian city, which ISIS had previously declared the capital of its so-called Caliphate. By August 2018, officials in the Kingdom had pledged USD 100 million to the reconstruction of areas in Syria that the YPG occupied, and two months later Saudi Arabia made that payment.

Saudi Arabia’s backing for the YPG is perhaps best understood within the context of the Crown Prince of Abu Dhabi Mohammed bin Zayed (MbZ), who is the UAE’s de facto ruler, bringing Saudi Arabia into greater alignment with Abu Dhabi regional vision. Pushing back against Turkish influence in Syria, as well as throughout the greater Arab/Islamic world from Somalia to Iraq and Qatar to Libya, requires the unity of powerful Arab states, naturally making Saudi Arabia a key player in this regard from Abu Dhabi’s standpoint.

For the Emiratis, media has been an important pillar of their strategy for countering Ankara’s clout in northern Syria. During Operation Olive Branch’s launch, and in the following months of the YPG’s fall from Afrin, a host of UAE-based media outlets like Gulf News and The National published articles about Turkish military intervention in that Syrian Kurdish canton with titles such as the following: “Turkey-led forces pillage and loot in newly-captured Afrin”; “Turkey says it has besieged Syrian town of Afrin”; “Fear grips city seized by pro-Turkey rebels”; and “Fears for civilians in Afrin as Turkish forces close in”. Throughout Operation Olive Branch, Emirati media platforms labeled the YPG not as a terrorist organization, but instead as a “resistance movement”.

In March 2018, the month when Turkey’s military brought an end to the YPG’s control of Afrin, Saudi Arabia’s Crown Prince Mohammed bin Salman (MbS) was meeting with Egypt’s leadership in Cairo, where he issued a statement claiming that Turkey, Iran, and other groups such as the Muslim Brotherhood made up a “triangle of evil” in the Middle East. The language was so similar to that of MbZ’s statements that the influence of the Abu Dhabian crown prince over his Saudi counterpart was crystal clear.

In March 2018, when Turkey’s military brought an end to the YPG’s control of Afrin, Saudi Crown Prince MbS said that Turkey, Iran, and other groups such as the Muslim Brotherhood made up a “triangle of evil” in the Middle East.

By January 2019, high ranking diplomats from Saudi Arabia, the UAE, along with Bahrain, Egypt, and Jordan, met in the Hashemite Kingdom at the King Hussein Bin Talal Convention Center on the Dead Sea. They discussed several issues, but Syria was central to the talks which focused on devising strategies for pushing back against Iran and Turkey’s influence in the war-torn Arab country. That same month, the UAE’s Minister of State for Foreign Affairs Anwar Gargash voiced strong opposition to Ankara’s plan for establishing a buffer zone in northern Syria, stating that Turkey’s aims vis-à-vis the Syrian Kurds were a cause of concern for Abu Dhabi as well as Washington. Last month, Gargash stated  that international concerns about the YPG’s fate were “legitimate” given the armed group’s “pivotal role” in the defeat of ISIS in Syria.

Evidentially, Riyadh is joining Abu Dhabi in viewing strengthened relationships between the Arab states of the Gulf region and the YPG as a realistic and sound strategy for countering Ankara and Tehran in Syria. Unquestionably, Riyadh deepening ties with the YPG will continue to please the Emirati leadership in Abu Dhabi. Yet the question is how much risk will Saudi Arabia take in backing the PKK-linked group in terms of consequences vis-à-vis Turkey? It is legitimate to ask whether Saudi-YPG relations could lead to any direct clash between Ankara and Riyadh in Syria, or elsewhere in the region.

Media outlets in Turkey will likely continue covering Gulf states’ relations with the YPG, probably resulting in anti-Saudi sentiments increasing in Turkey roughly five months after Khashoggi’s killing in the Saudi consulate in Istanbul. As officials in Ankara, along with human rights and civil society organizations worldwide, refuse to drop to Khashoggi file, Riyadh’s support for the YPG can trigger further escalations of tension in Turkish-Saudi relations at a dangerous time for the region, as well as for the bilateral relationship. With the Qatar crisis unlikely to resolve in the foreseeable future, combined with the possibility of another Turkish military operation against the YPG in Syria, there is much potential for friction between Ankara and Riyadh to reach new heights.

Turkey’s announcement that its military forces recently waged joint operations with Iran against the PKK against the backdrop of deepening of Saudi Arabia’s relationship with the YPG highlight how Ankara and Riyadh’s agendas in Syria are becoming increasingly incompatible with each other. Indeed, the Levant’s security architecture has changed drastically since the Syrian crisis erupted eight years ago. Although Turkey’s Syria agenda was quite aligned with Saudi Arabia’s regional foreign policy during the earlier parts of the Syrian crisis, underscored by Ankara, Riyadh, and Doha collectively supporting Jaish al-Fatah in an effort to oust the Ba’athist regime in Damascus, dynamics quickly shifted in a direction that pitted Turkey and Saudi Arabia increasingly against each other.

Turkey’s announcement that its military forces recently waged joint operations with Iran against the PKK against the backdrop of deepening of Saudi Arabia’s relationship with the YPG highlight how Ankara and Riyadh’s agendas in Syria are becoming increasingly incompatible with each other.

Following the intensification of Russia’s direct military intervention in Syria, it became clear that Bashar al-Assad’s government was no longer on the verge of potentially falling to Sunni Islamist rebels. At that point Ankara and Riyadh’s threat perceptions from the Syrian crisis became increasingly divergent with the Turkish leadership seeing the forces of Kurdish separatism (as opposed to the survival of Assad’s regime) as the gravest menace to Turkey, and Saudi Arabia viewing expanding and consolidating Iranian influence in Syria as the top threat to Riyadh’s interests in the country.

The odds are good that if the Saudi Kingdom continues sponsoring the YPG, Ankara-Riyadh relations will deteriorate further. It is also a safe bet than the Saudi-YPG partnership could prove far more injurious to Saudi-Turkish relations than any of these other matters that have further pitted these two Sunni Muslim powers against each other at a time in which they are competing for a leadership role in the Islamic world.

Also Read
Al-Kadhimi’s Dashing Hopes: Regional Security Conference Held in Baghdad
We use cookies to optimize your online user experience. To learn about our use of cookies and how you can manage your cookie settings, please see our Privacy Policy. By continuing to use our site you are excepting our use of cookies.Accept Cookies & CloseMore Info