To Whom It May Concern: Turkey’s Counter-Spy Operations Send Messages

MIT counter-espionage activities against Iranian, Israeli, and Russian intelligence services were deliberately revealed to the public. 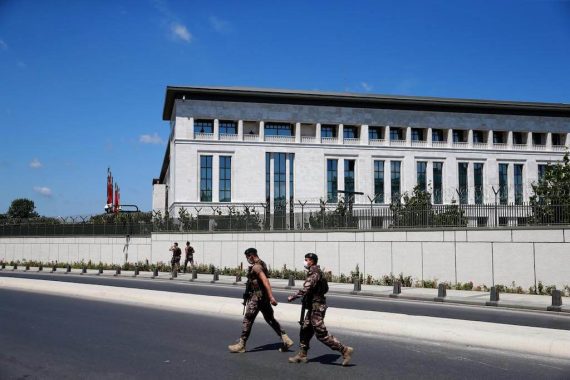 On September 24, 2021 MIT disclosed the Iranian secret service’s attempt to kidnap an Iranian pilot via a counteroperation. Most recently, on October 7, 2021, MIT unmasked a network of 15 people operating under Israel’s secret service, Mossad, who were gathering information about Palestinian and international students in Turkey.

Since the Turkish public is not accustomed to the disclosure of such espionage activities, MIT’s successive operations surprised many. In fact, MIT has been conducting such operations for years to detect possible espionage activities by foreign intelligence services in Turkey through its counter-espionage departments.

Read: NSO’s Pegasus Scandal Is Just the Tip of the Iceberg of Israeli Spyware

Generally, MIT’s custom was not to reveal such counter-espionage operations publicly as long as they didn’t pose a serious, direct treat to Turkish interests. In such cases, issues are resolved when the intelligence services of the states involved, with the permission of the related political authorities, resort to secret bargaining and barter agreements.

MIT counter-espionage activities against Iranian, Israeli, and Russian intelligence services were deliberately revealed to the public.

However, this time, it is different, and three MIT counter-espionage activities against Iranian, Israeli, and Russian intelligence services were deliberately revealed to the public. To understand why MIT publicized the details of the recent operations, it is necessary to look at the course of relations with Iran, Israel, and Russia, and to analyze each case separately.

There is a serious disagreement between Turkey and Russia over Syria. Russia accuses Turkey of not giving enough support to end the alleged presence of jihadist groups in Idlib. On the other hand, Turkey premises its desire to launch a new military operation against the YPG terror group in northern Syria as part of its counterterrorism strategy – an argument that has yet to convince Russia.

It is rumored that a consensus between Vladimir Putin and Recep Tayyip Erdoğan could not be reached at the summit held in Sochi last October. Moreover, in the past month, terrorist attacks from Russian-controlled parts of Syria targeted Turkish troops. When evaluated altogether, the MIT’s revealing of a counter-spying operation against Russian intelligence can be read as a message to Russia.

Details of the MIT’s operation against the Iranian intelligence tell another story.

The Turkish public, too, is well aware of MIT’s counter-espionage operations against Iranian intelligence cells. Yet, for Turkey, this is unacceptable and therefore, by unveiling the Iranian intelligence service’s espionage activities and making several arrests of Iranian agents, MIT sent messages to both the Turkish and Iranian publics. It also sent a clear message to the Iranian government that “we will never allow espionage acts in Turkey and follow each possible situation with determination.”

One of the last MIT operations in Turkey against Mossad, the Israeli intelligence, carries its messages as well. The Turkish-Israeli relations have deteriorated since the Davos Economic Summit in 2009 when then prime minister Recep Tayyip Erdoğan interrupted Israel’s president Shimon Perez, criticizing Israel’s killing of Palestinian children on the beaches of Gaza.

This crisis deepened with the Israeli army’s intervention against the Mavi Marmara aid ship en route to Gaza in 2010 in international waters, an incident that resulted in the death of 11 Turkish nationals and which drew international condemnation. In the aftermath, Turkish-Israeli relations followed a tense course, culminating in Israel’s aggression over Jerusalem and the Israeli-Greek rapprochement in the Eastern Mediterranean. There have been some contacts recently to soften the tense relationship, but they have not developed into a rapprochement.

For example, it is rumored that Hakan Fidan, the MIT director, visited Israel in November or October 2020 and held covert talks as part of his intelligence diplomacy. According to a public statement by Turkey’s Directorate of Communications in July 2021, President Erdoğan held a phone conversation with Israeli President Yitzak Herzog, in which he said, “Despite all differences of opinion, we attach importance to the continuation of contact and dialogue.”

It is clear that both Israel and Turkey have a common interest to improve bilateral relations. Then, the question is why there is Israeli espionage activity against Turkey despite the positive atmosphere. The answer is on a postcard: the Justice and Development Party (AK Party) government’s sensitivity to the Palestinian issue.

Information was made public to the media that a 15-people-strong network, connected with the Israeli intelligence, was collecting intelligence about Palestinian students in Turkey.

The question is still there. Why does Israel carry out espionage activity despite recent constructive moves between the two countries? Turkey and Israel may want to normalize relations and negotiate under which conditions this normalization could take place. Certainly, the covert meetings held by Fidan in Israel took place in line with this approach. However, with going public with Israel’s espionage activities on Turkish soil, Ankara is sending the message that the country is both in favor of reducing tensions but remains sensitive in regard to Palestine. Turkey is also asserting that it will not allow any espionage operations on its soil.

VIDEO: Why is Turkey a hub for global intelligence agencies?

The new spy crisis between Israel and Turkey is about an Israeli couple arrested for photographing the president’s residence in Istanbul on November 11, 2021, with local authorities saying they suspected them of espionage. It is too early to make a comment on the details of this possible espionage case as no clear statement has been made to the media regarding the details.

Following Turkish intelligence and security circles pursuing of the investigation, the couple were released on November 18, 2021. One can assume that the Israeli couple’s electronic devices such as mobile phones, laptops, and cameras have been analyzed in depth by Turkish cybersecurity experts. When these processes have been completed, the case will become clear.

All these operations demonstrate MIT’s counter-espionage capacity. The operations also prove that MIT’s young and qualified officers along with their senior executives contribute considerably to Turkish foreign policy.