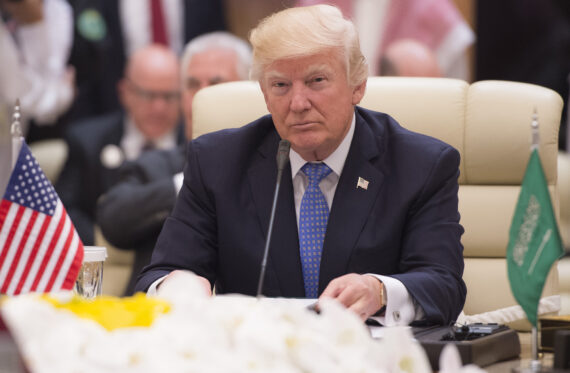 Following his election to the U.S. presidency in late 2016, Donald Trump produced two political strategies towards the Middle East. The first one is the plan dubbed as the “deal of the century,” which aims to solve the Palestine-Israel conflict. Although this has not been made public, Trump has slowly been trying to implement this plan. The second is the Middle East Strategic Alliance initiative that has recently dominated the U.S. agenda towards the region.

In this context, U.S. Secretary of State Mike Pompeo held a meeting on September 28, 2018, with the participation of six countries in the Gulf Cooperation Council (GCC) and the foreign ministers of Egypt and Jordan. After the meeting, it was stated that the U.S. administration would provide full support to the establishment of a Middle East Strategic Alliance consisting of GCC +2 countries in order to combat armed organizations in the Middle East, to bring peace in Syria and Yemen, and to stop the harmful activities of Iran. In the following period, the U.S. media reported that Trump had planned to hold a Washington Summit with the leaders of the GCC +2 countries on 12-13 October. However, this never happened.

The Jamal Khashoggi incident, which took place on October 2, determined the agenda of Middle East politics. A Saudi citizen and a columnist for the Washington Post, Khashoggi disappeared after he entered the Saudi consulate in Istanbul. This incident created a global reaction against the Saudi regime, which is believed to be behind what happened to Jamal. More, a serious campaign against Saudi Arabia began from many spheres in the U.S. and the cooperation between the Trump administration and Riyadh has been heavily criticized. These developments made a negative impact on Trump’s Middle East Strategic Alliance initiative, which already suffers from different structural problems.

The first of these problems is the crisis between Qatar and other Gulf neighbors, namely, Saudi Arabia, the United Arab Emirates, and Bahrain. In June 2017, these countries started a political and economic embargo against Qatar, which further deepened the crisis between countries in the region. The main reason for the rapid deterioration of the crisis is the harsh steps taken by Mohammad bin Salman, the Crown Prince of Saudi Arabia and Mohammad bin Zayed Al-Nahyan, Crown Prince of Abu Dhabi and Deputy Supreme Commander of the UAE Armed Forces. These policies increased the mistrust among the members of the GCC, and countries such as Oman and Kuwait have initially preferred to stay out of this anti-Qatar campaign. Both countries even criticized the Saudi and Emirati initiatives against Qatar. Therefore, it can be said that the unresolved Gulf crisis is the main obstacle for Washington’s Middle East Strategic Alliance initiative.

Another disagreement among the members of the GCC is the different attitudes taken in regards to Iran. While Saudi Arabia has been the champion of demonizing Iran, countries like Qatar and Oman have not pursued hostile policies. In fact, Oman has maintained good relations with Iran for many years and has signed numerous deals with the Tehran administration, especially in the field of energy. During the past few years, Oman has not criticized Iranian involvement in the civil war in Yemen and this attitude of Muscat has further angered the regime in Riyadh.

Another dispute among the Gulf Cooperation Council members has been taking place between Kuwait and Saudi Arabia. The disagreements between the two countries have increased in recent years. The first of these disputes is the status of the Khafji oil field, which the two countries jointly used for many years. However, due to the number of disagreements between the two, Saudi Arabia suspended its oil production, forcing Kuwait to do the same. Since then, Saudi Arabia and Kuwait have failed to reach a consensus on the solution of this problem.

The second dispute surrounds the embargo on Qatar. Kuwait’s mediation efforts during the embargo on Doha were not accepted by Riyadh or Abu Dhabi. It is noted that Riyadh in particular failed to take a step for the solution of these problems. Crown Prince Mohammed bin Salman’s failure to address these issues, which were planned to be discussed during his visit on October 1, 2018, indicates that the Saudi administration has followed an uncertain policy in relations with Kuwait.

Another issue that hinders Trump’s Middle East Strategic Alliance initiative is Egypt’s reluctant attitude. Initial signs of Cairo’s reluctance in joining Saudi Arabia’s efforts to counter Iran was seen during Operation Decisive Storm in Yemen. The Egyptian army did not provide full-scale support to the operation, leading to a temporary crisis between Riyadh and Cairo. Egypt has also followed a different path from Saudi Arabia in Syria. The Sisi regime had multiple meetings with Bashar Assad and further engaged in military and intelligence cooperation with Damascus. Additionally, Sisi’s close relations with Russia is another sign of Egypt’s reluctance to join a U.S.-led campaign as Cairo aims to follow a balanced policy between Russia and the U.S.

One of the most important obstacles in establishing an Arab alliance against Iran is the possible discomfort of the Shiite population living in these states. The Shiites living in Saudi Arabia, Bahrain, and Kuwait, would be alienated from such an alliance and from the U.S. policy to encourage a sectarian divide.

Future of the Middle East Strategic Alliance Project initiated by U.S. President Donald Trump is vague and doubtful. The future of the Trump administration in U.S. politics, the process of political transformation in the region and the deepening of the political divisions between the Gulf countries can be stated as the most important obstacles of this project.