The Turco-Qatari military cooperation holds a great potential in countering the Saudi-Iranian rivalry in the Middle East and thus the increased balance against them. 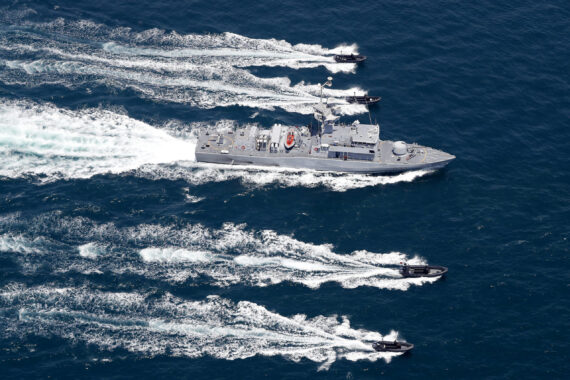 TCG Gokova Frigate, which belongs to the Turkish fleet command attends a joint military exercise between Turkey and Qatar in Doha, Qatar on August 7, 2017. Anadolu Agency

After launching the military base for more than 3000 personnel, Turkey and Qatar has decided on building a naval base at Doha International Maritime Defence Exhibition & Conference (DIMDEX), which is going to be funded by the Qatari government. There have been other significant developments such as the very first exportation of the BAYRAKTAR TB2 tactical UAV to Qatar for a patch of 6 aircraft, 3 control stations with a training simulator. Moreover, the two countries decided on the establishment of a joint venture between national companies Aselsan and Barzan, which is called the BARQ. Through both military technology and security collaboration, Turkey and Qatar have been building a robust security alliance that directly affects the balance of power in the Gulf region.

For decades, small Gulf states were dependent or more realistically “threatened” by Saudi Arabia and Iran. The Saudi-Iran rivalry has shaped a tense structure that has enforced Gulf states to try and fit themselves within right motives and positions. However, with Turkey’s increasing presence in Gulf politics, whether this be through soft power or latently with military presence, this structure has been in a transformative phase. In this sense, the deepening military cooperation between Qatar and Turkey provides a platform for Turkey to penetrate into the Gulf security atmosphere.

Since Qatar has such a strategic geography between Iran and Saudi Arabia, having a military presence in Qatar plays a vital role in the rivalry between these two states. The fact that the U.S. is present in Qatar with over 10,000 soldiers illustrates how important the country’s geo-strategic position is. With Kuwait hosting 15,000, the United Arab Emirates 5,000 and Bahrain 7,000 U.S. soldiers in their territory implicates that the U.S. has a significant bargain in this region. To put plainly, the most significant gain is about balancing and encircling Iran within this territorial dimension.

Qatar holds a central position in between all of the military bases established by Turkey in the Middle East. Without Qatar’s inclusion as a military station for Turkey, Ankara’s military presence in the Middle East would be lacking a hub for military transfers and naval warfare. The Turco-Qatari military alliance has a considerable impact on increasing the Turkish influence in the Persian Gulf and the south of the Arabian Peninsula. Although Turkey had several military bases in Iraq, Syria, Afghanistan and Somalia, there was no naval base for Turkish frigates and vessels to utilize as a hub in patrolling overseas.

In this sense Turkey’s military cooperation with Qatar and the establishment of a naval base holds the potential to have regional and even global implications. In terms of regional implications, Turkey’s increasing military presence and its influence means a direct reduction and setback for the Saudi Arabian and Iranian influence in the Middle East. Turkey, in this respect, has been advancing to balance the Saudi-Iranian rivalry in the Middle East as a whole and creating a three-unit game.

The impact of this rivalry is most entrenched in the Gulf. Who would imagine that a small state like Qatar would have managed to resist an embargo of Saudi Arabia, UAE and Egypt together 10 years ago? Qatar managed this successfully during the crisis in 2017 – to such an extent that its national Qatar Airways was hardly affected regardless of the fact that embargo states had shut down their airspaces to Qatari planes.

As of now the Middle East military balance tends to incline towards a two-sided power struggle where Turkey, Qatar, Egypt and Iran are closing on the Russian partnership and Israel, Saudi Arabia and the UAE are deepening their cooperation with the United States. This analogy is on a grand strategy dimension where there are micro rivalries for increased influence in the region between Turkey, Saudi Arabia and Iran while Israel endeavors ensuring its survival through close ties with Saudi Arabia.

10 years ago, if some theorist said that one day Qatari airplanes will not be able to use the Saudi air space but Israel will be, nobody would have believed them. However, this is the actual case for the Middle East, where there is an enlarging rift between Saudi Arabia, the other Arab states and Qatar. Turkey has been at the heart of the matter for Qatar’s ability to weather the storm, through the political support empowered and practiced with the joint military base. However, that rift posed an entrance for Turkey to include itself into Gulf regional security. For the small Gulf states, there is now an alternative regional power [Turkey] to collaborate with rather than collaborating with Saudi Arabia and/or Iran.

Increased Turkish influence and control in each place that witnessed a power vacuum such as the Gulf of Aden and the Persian Gulf, Syria and Lebanon obstructs Turkey’s exclusion from the construction of the Middle East balance of power, as well. Therefore, since Turkey is involved and included into the crises that occur in the region, Ankara is establishing a robust defining role of the distribution of power in the Middle East. At the end, the main idea behind increased military presence and balancing Saudi Arabia and Iran, is establishing a more peaceful region with reduced potential of a bilateral conflict.

Turning the Saudi-Iran quagmire into a three parties bargain necessitates the penetration into the political sphere where Saudi-Iranian duos are dominant. The most salient of these states are Syria and Lebanon. The Turco-Qatari cooperation had an unprecedented impact on the Syrian Civil War as this cooperation turned the tide for the much vanishing Syrian opposition. The second step would be creating a maneuver zone for Lebanese politicians through shaping an alternative structure to Saudi-Iranian rivalry over the Hezbollah-Amal movement and Hariri alongside with pro-Saudi politicians. This two-edged type of politics excludes any type of third party influence, but the Turco-Qatari partnership can pave the way for political engagement through the backdoors.

Up until present, Turkey has been achieving ends strategically designed for this ideal despite having many internal problems. Domestic problems did have the potential to affect the region as a whole since in the actual snapshot, Turkey holds a significant amount of power in the region and any type of destabilization would have a negative reflect on the Middle East. Additionally, the internal struggles that the AK Party government experienced can be considered another motivation behind this cooperative foreign policy.

The Turco-Qatari military cooperation holds a great potential in countering the Saudi-Iranian rivalry in the Middle East and thus the increased balance against them. In the end, if Turkey succeeds balancing Iran and Saudi Arabia without losing much potential in the process, there will be a more collaborative and peaceful security complex considering the methods Turkey utilizes in its military affairs. 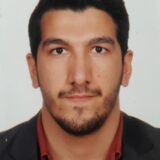