According to the Stockholm International Peace Research Institute although the U.S., Russia, France, Germany, and Russia constitute 75% of global arms exports, the Middle East has become the top destination of where these arms end up. 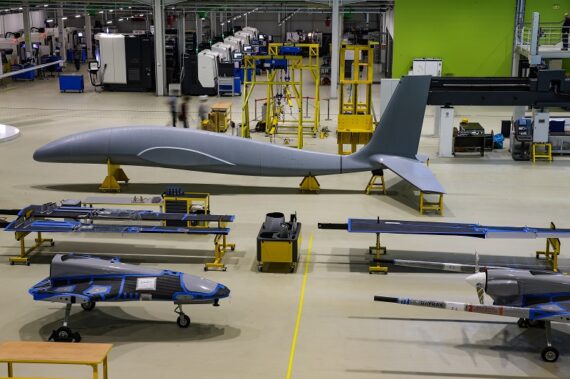 The Stockholm International Peace Research Institute (SIPRI) has published the most recent statistics on global arms exports. It has been revealed that in the five-year period between 2014-2018, the leading global arms exporters are the United States, Russia, France, Germany, and China. It is reported that while the arms sales of these five countries constitute 75% of global arms exports, the Middle East has become the top destination of where these arms end up.

Arms exports to countries in the Middle East has increased by 87% in the years 2014-2018 compared to the previous five-year period. With such a rapid increase, the arms imports of Middle Eastern countries accounted for 35% of global imports. As the largest arms importer in the Middle East, Saudi Arabia increased its arms purchase by 192%. The figure was 206% for Egypt. Despite deteriorating economic conditions and political instability, Egypt has risen to the world’s third largest arms importer. This is an obvious result of the 2013 military coup in Egypt as the country has witnessed the increasing role of the military in politics. Another North African nation that has also made significant efforts to purchase more weapons is Algeria – as it has risen to the fifth position in global arms imports, with a share of 4.4%.

According to the Stockholm International Peace Research Institute although the U.S., Russia, France, Germany, and Russia constitute 75% of global arms exports, the Middle East has become the top destination of where these arms end up.

The report indicated that global arms exporters are mainly the leading economies of the world. With 36% of the share, the United States was the biggest arms exporter during the period between 2014-2018. In the same period, France made a significant progress in increasing its arms sales. Compared to the previous five-year period between 2009-2013, France’s arms exports increased by 43% in the years between 2014-2018. The close cooperation between the French and Egyptian governments has made a great impact on France’s global arms exports. With that increase, France has become the biggest arms exporter among the European Union.

A striking number of the report is that six of the top ten arms exporter countries are members of the European Union. While France and Germany ranked third and fourth in global arms exports, the United Kingdom, Spain, Italy, and the Netherlands ranked sixth, seventh, ninth, and tenth respectively.

Other regional powers such as Israel, South Korea, and Turkey have also increased their global arms sales. While Israel witnessed an increase of 60% in its arms exports, the number for South Korea is 94%.

Despite deteriorating economic conditions and political instability, Egypt has risen to the world’s third largest arms importer. This is an obvious result of the 2013 military coup in Egypt as the country has witnessed the increasing role of the military in politics.

According to SIPRI reports, Turkey’s arms exports in the period between 2014-2028 has made a 170% increase in comparison to the previous five-year period. An important factor in this regard is Turkey’s rapid progress in the production and dissemination of arms. During the past five years, Turkey has exported arms, aviation equipment, high-tech defence vehicles to the United States, Germany, Netherlands, Turkmenistan, the United Arab Emirates, Saudi Arabia, and others such as Qatar and Oman.

Turkey has witnessed increasing export rates following its production of new defence industry equipment. Public and private companies have contributed to this increase by investing heavily on research and development activities. The result was significant for Turkey’s efforts to diversify products in the defence industry. While the number of items subject to arms export in 2010 was 70, this figure increased to 244 in 2018.

Unmanned aerial vehicles, helicopters, tanks, and other armoured vehicles are Turkey’s major products that have been in the market in the past decade. In its previous report, SIPRI drew attention to these developments in Turkey and placed Turkish companies ASELSAN and Turkish Aerospace Industries (TAI) among the leading top 100 companies in the global arms and defence industries market.

Turkey’s ASELSAN and Turkish Aerospace Industries (TAI) have been listed among the top 100 companies in the global arms and defence industries market.

Turkey has an ambitious target in defence industry exports. As the country achieved a significant export momentum, it has not yet reached its highest capacity. Given the current volume of development in the sector, Turkish products will continue to reach their new destinations in the near future. Ankara has been developing strong ties with regional and global arms importers in order to diversify its market. Apart from its economic benefits, such progress would also contribute to Turkey’s ambitious foreign policy objectives.