Developments in northern Syria seem to be heading in the right direction, i.e. towards the creation of a deep security zone along Turkey’s border with Syria east of the Euphrates River. The Turkish-controlled security zone should be accompanied by the withdrawal of U.S. forces from that region, but negotiations over the details are still ongoing. 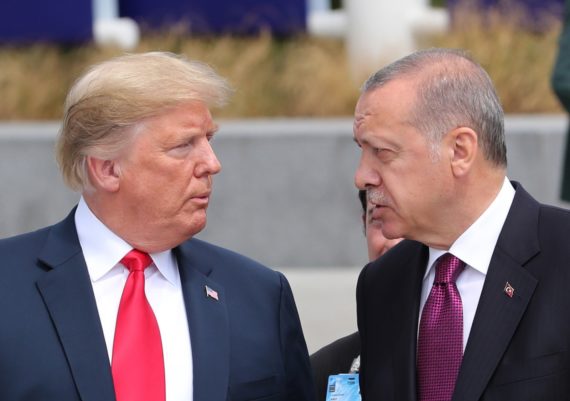 “Another difficulty…  is that a state that becomes free creates for itself enemies rather than friends.  All those who took advantage of the tyrannical government and who fed off the wealth of the prince become hostile members; having lost the possibility of privilege, they can no longer live content, and each of them is forced to try to retrieve the tyranny in order to return to his former authority….  Anyone who undertakes governing a multitude of people, either under a free system or under a principality, and does not protect himself from the people who are hostile to the new order, creates a state of short duration.”

Concurrently, developments in northern Syria seem to be heading in the right direction, i.e. towards the creation of a deep security zone along Turkey’s border with Syria east of the Euphrates River. The Turkish-controlled security zone should be accompanied by the withdrawal of U.S. forces from that region, but negotiations over the details are still ongoing.

Developments in northern Syria seem to be heading in the right direction, i.e. towards the creation of a deep security zone along Turkey’s border with Syria east of the Euphrates River.

Everyone is aware that powerful segments of the U.S. state, specifically the military and security institutions, are upset with President Donald Trump for deciding to disengage; “the Blob,” as the Washington D.C. foreign policy community is informally known, is also highly agitated.  The State Department, where the building blocks of U.S. foreign policy are supposed to emerge from, was purposefully defunded and ignored by Trump, and is no longer even a part of the conversation. Secretary of State Mike Pompeo is little more than Trump’s errand boy.

Consequently, the past month was an eye-opener for disinterested observers as a cross-spectrum political outcry arose over Trump’s move to exit Syria. The American left, right, and center were nearly unanimous in their condemnation, but the hysterical reactions have served only to illustrate just how far removed from reality U.S. foreign policy-making has become. Clear-eyed, ideologically neutral foreign policy discourse long ago – decades ago — disappeared from inside the Beltway.

Last month, in an analysis for the Anadolu Agency, I explained that the important aspect of Trump’s decision is to hand northern Syrian security matters over to NATO-ally Turkey. That move echoes February 1947, when the ailing and financially strapped British Empire handed Eastern Mediterranean security responsibilities to the U.S. Trusting the Turkish Republic with regional security responsibilities is an idea that has been around since the early 1950s, but only now have regional developments finally forced a U.S. administration to move in that direction.

Because northern Syria borders Turkey, Turkey is the only major military power that can apply the forces necessary to meet the challenges that exist there. Even more importantly, Turkey knows the regional cultures well, not simply as a Muslim society, but as a state that understands the multiplicity of cultures, ethnicities, and identities that comprise any region in Syria. This, along with Turkey’s established reputation for supporting the democratic aspirations of the region’s peoples, provides Turkey a legitimacy as a regional actor that no other power can come close to matching.

Turkey’s established reputation for supporting the democratic aspirations of the region’s peoples, provides Turkey a legitimacy as a regional actor that no other power can come close to matching.

Furthermore, Turkey’s own security requires stability in the same region, which is why Turkey already carried out two complex, but extremely successful campaigns in northwest Syria (Operations Euphrates Shield and Olive Branch).  Turkey’s assumption of control over the rest of its border with Syria is not only extremely logical, it is a vital aspect of finally eliminating the PKK/PYD’s ability to operate from Syria soil. The PKK/PYD, an organization designated “terrorist” by the U.S., E.U., and Turkey, engages in drug, human, and weapons smuggling to fund its activities, and recruits child soldiers. Securing Turkey’s Syrian border thus means curbing a wide range of illegal activities that have been occurring across that border for decades, and that will improve security and reduce criminal activity for all societies to Turkey’s west.

The era of preponderant U.S. influence in the Eastern Mediterranean is over

For the moment, Trump appears determined to withdraw from Syria despite the domestic political controversy, so this is also an appropriate point to evaluate the event’s greater meaning. Disengaging from Syria is, of course, a political failure for the U.S. that stemmed from errors made during the Obama Administration.  But even more important is the ethical failure. The ideals the U.S. projected as justification for its foreign interventions had always been suspect.  But Syria has been an ethical failure of a whole new type.

In 2011-2014, Syria awaited U.S. intervention as the whole world waited. The cause – removing a regime that openly perpetrated the slaughter of thousands of its own citizens – was crystal clear.  Because Syria had only small amounts of oil, a prime criticism of past U.S. interventions, i.e. that they were carried out only to protect or to control energy supplies, would not have been viable. Helping the Syrian opposition overthrow the Assad government would have been a clear fulfillment of the U.S.’s ideological pledge to aid the democratic aspirations of people suffering under violent and oppressive rule.

The ideals the U.S. projected as justification for its foreign interventions had always been suspect.  But Syria has been an ethical failure of a whole new type.

The opportunity was lost. President Obama’s hesitation first allowed Russia and Hezbollah to become fully involved. Then Daesh appeared. For reasons that are still not entirely clear, President Obama chose to partner with the PKK and its Syrian branch, the PYD/YPG, instead of the logical choice, NATO ally Turkey, in order to combat the new threat. The results are that Assad, who is personally responsible for the murder of hundreds of thousands of his own citizens, will likely survive the conflict, and Russia has established an entrenched, long-term presence in the Eastern Mediterranean. Hundreds of Turkish citizens and security personnel have been killed or injured in attacks perpetrated by the PKK over the same time span, which dropped Turkish public approval of U.S. policies to historic lows. Ultimately, the U.S. has lost almost all of its previous ability to influence events in the region. A new, multipolar regional situation has emerged, and the U.S. is not one of the poles.

Without a renewal of will and competence, effective U.S. policy and action will not be possible in the Eastern Mediterranean. Russia, Turkey, and Iran are now the primary regional actors. An alliance of local military dictatorships (Egypt, Syria) and monarchies (Saudi Arabia, the U.A.E.) depend on energy-based cash for their desperate effort to stem the past decade’s rising democratic tide. Time is not on their side, but they are determined to hold out as long as possible, even at the expense of millions of lives and the devastation of their own societies. The U.S. continues to facilitate their survival.

With the U.S. disappearing as an effective regional bulwark for democracy, Turkey is poised to fill that role. Turkey presents not just an effective political and military approach – most importantly it brings an ethical approach that the U.S. always claimed, but rarely put into practice. The Marshall Plan may be the last time the U.S. truly acted in a manner that most all observers understood as altruistic. But as long as Washington sees its allies only through a lens colored by the sort of raw power calculations expressed in the Melian Dialogue, U.S. policy makers will not have the capacity to interact positively or constructively with strengthening partners such as Turkey.

A democratic and self-confident Turkey is not a threat to U.S. interests. Turkey’s development into an independent actor over the past fifteen years strengthens NATO’s capabilities and enhances NATO’s democratic credentials, especially in regard to the Muslim world. This means that the U.S. must take Turkish concerns and recommendations seriously. U.S. policy makers urgently need to recognize that Turkey understands its region better than the U.S. does, and that the Turkish perspective is both analytical and insightful.

Domestically, Turkey now takes responsibility for its own affairs. This includes finally establishing transparent government institutions staffed by professional civil servants, and consolidating a truly industrialized economy. Assuming serious responsibilities on the Syrian border since August 2016 has directly resulted in a better domestic security environment. No attacks in Turkey’s major cities have occurred in the past two years, but the effort to uproot Fethullah Gulen’s violent cult (FETO) from state institutions and the military, which is directly related both to improved institutional performance and the more stable security environment, still continues.  In addition to the security effort, Turkey also hosts around four million refugees, for whom Turkey has spent tens of billions of dollars providing services.

U.S. policy makers urgently need to recognize that Turkey understands its region better than the U.S. does, and that the Turkish perspective is both analytical and insightful.

These internal developments are the essential reasons why Turkey now possesses the resources and organizational capacity to successfully take on and fulfill major regional security responsibilities, and make independent foreign policy decisions. But those capacities do not end there.  In addition to providing security for the regions that have come under its control, Turkey rebuilds the infrastructure and provides basic services in those regions. This is amply illustrated in the regions now under Turkish oversight in northwest Syria. That is, Turkey now supplies the generous humanitarian aid that the U.S. once was known for.

In the end, because U.S. policy makers did not recognize the new regional realities, Turkey was forced to act on its own. Trump’s decision to recognize that certainty stemmed from his own domestic political situation, but it is nevertheless the right choice. Turkey, on the other hand, has become an independent political actor, no longer bound to the desires of more powerful partners. Like any republic that throws off political domination, Turkey now deals with the enemies of Turkey’s freedom, both internal and external. But as Machiavelli explained 500 years ago, that is to be expected.  Turkey’s real challenge is to create the order and system that will ensure it becomes a state of long duration. 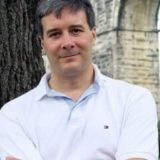