It seems that the US foreign policy priorities happen to line up with PYD which causes ramping up of divergence between the US and Turkey in terms of Syria policy and the Middle East as a whole. 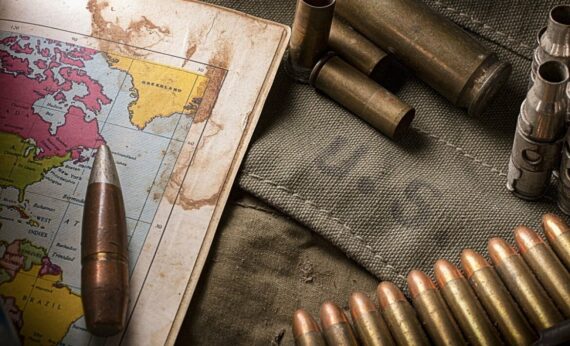 When the Syrian civil war erupted, no one could easily predict the battlefield would evolve to a multi-dimensional and multi-territorial conflict where thousands of foreign proxies and fighters from different countries have been dragged into expeditiously. Based on the fact that the general overview of the battlefield has expanded and even most ominously crossed the borders of Syria and spilled over Iraq, it is unrealistic to talk about presence of just one battlefield but there are numerous battlefields where proxies have buckled down to debilitating each other.

DAESH is causing a radical sociological transformation in the region

Even though there are various actors actively playing on the ground, DAESH and its earlier incarnations are the main precipitating factors welcoming a radical sociological transformation in the region. DAESH has a bid of “becoming a state” leaning on a rather apocalyptic vision with a rhetoric of self-proclaimed caliphate. This rhetoric rips up the main notion of the Westphalian state system called ‘soil integration’ and destabilizes traditional state envisagement. When DAESH hit the road to implement a deconstruction model in the region, its golden shot was the seizure of Mosul in June 2014 which symbolized the tearing up of the Sykes-Picot Border of 1916, which demarcates Iraq from Syria. Only then did it grab the attention of international community and especially that of the US.

DAESH is slaughtering tens of thousands of people ferociously under its rule with a desire to expunge each force on its way, which puts in danger its autocratic rule. From the very beginning of the war; the reason of Russia and the US’s entry into the war respectively is primarily about saving Assad and destabilizing the region in the favor of PYD, Syrian branch of the PKK, where they are dominating a vast majority of Syria’s northern border; currently advancing towards Deir-Ez Zor Euphrates Axis and pushing towards DAESH de facto capital Raqqa with the full support of the US-led coalition.

Fighting against the threat posed by DAESH is one of Assad’s rationalization for staying in power and to be protected by Russia; however; it is crystal clear that neither Assad with a constant military, diplomatic and financial support from Russia and Iran nor the US is fighting DAESH to root out its cruel militias from the Middle East. One incident which is worth remembering: Syrian troops were driven out of Palmyra in December, 2016 following leaving of Russian soldiers and abandoning the historical city to fate of guardianship of the Syrian army in April. Syrian troops retook Palmyra from DAESH for the second time in March, 2017; nevertheless; it is blatant that there is a sham fight among Syrian troops and DAESH militants to leave and recapture the strategic territories in the Syrian civil war.

A success story in the Syria battlefield: Operation Euphrates Shield

Owing largely to the quest for a new pro-active foreign policy direction; Turkey launched Operation Euphrates Shield on August 24 to purge the region from terrorist groups such as the PYD, YPG and DEASH along with the Turkey-backed Free Syrian Army force and Turkish officials confirmed that the 2,200-square-kilometer area has been completely cleared of the DAESH militants. While the operation has turned out an unequivocal success; a number of foreign policy commentators both in the national and international level are running a campaign to discredit significant gains by Turkey in the Al-Bab operation after the US deploys heavily armed marines to Syria to launch the Raqqa offensive with the YPG dominated Syrian Democratic Forces (SDF) amid Turkey’s objections to the US authorities.

However, as Turkey Presidential Spokesperson İbrahim Kalın stated yesterday; it is not yet certain which groups and policies will shape the future of Raqqa. Taking into consideration the above-mentioned facts; the speculation of Al-Bab operation is rather baseless; where Turkey’s gains on the ground are so obvious. In addition, one thing should be emphasized that Turkey is the only country in the world coordinating its fight against the PKK, its affiliate in Syria the PYD, and DEASH at the same time.

Relying on its recent military success in Al-Bab, Turkey has launched an operation of encircling of the Western Manbij even though Russian General Staff declared that an agreement was reached between the Assad regime and the YPG for the peaceful transfer of Manbij’s control to Assad regime forces. Free Syrian Army continues its operations against Syrian Democratic Forces despite arrival of government fighters due to the fact that Manbij Military Council which is under the domination of the US allied Syrian Democratic Forces (SDF) denied handing over areas to the Assad regime in a menacing manner.

In addition, as the US state department explained earlier this week; the US is insistent on not seeing the YPG as a terrorist group despite raising Turkish concerns which is a clear sign of the US authorities would carry on protecting YPG forces at all costs.  It seems that the US is going ahead with several measures with an intention to refute Turkey’s leading argument on the Syrian battleground, especially following Turkey’s announcement in the previous week that should the YPG forces does not withdraw from Manbij which was promised several times by the US authorities over the past few months, Turkey will storm the YPG forces.

The US recent moves are leveraging the crisis in the region

Apparently, the US’s recent moves are clear indicators of its willingness to escalate the crisis with Turkey. After Trump took office on January 20, 2017; it is still unclear what kind of a US is Turkey going to ally with? The latest moves of the US invite Turkey to reshape the basic parameters of Ankara’s relation with the US. Despite the fact that Turkey has been successful in blending its wider objectives with a clear intention to fight DAESH and YPG, the ambiguity that the US breeds in Syria is still eliciting many risks that Turkey should withstand. Based on a precarious sort of balance prevalent in the region, the final move of the US might be interpreted as way of blunting Turkey’s recent gains throughout the Al-Bab Operation.

The US’s recent policy has produced a direct confrontation with Turkey such as once was experienced heavily with Russia. This would be the biggest foreign policy test for Ankara, on how much is it able to adjust to its new pro-active foreign policy instruments to the new phase of the US foreign policy. It seems that the US foreign policy priorities happen to line up with PYD which causes ramping up of divergence between the US and Turkey in terms of Syria policy and the Middle East as a whole. Nonetheless, recent military and political maneuvers of the US might lead to inter group and intra group struggles in the region taking into consideration sectarian and demographic vulnerabilities embedded in the region, especially while it is obvious that all the actors and borders have intertwined each other like never before. Having been confronted with multidimensional threats, Turkey appears determined not to leave off its advantageous position in Syria across swathes of strategic attacks coming from both national and international level.