The Chief Public Prosecutor's Office in Istanbul on Thursday issued arrest warrants for 121 suspected members of the Fetullah Terrorist Organization (FETO), according to a judicial source. 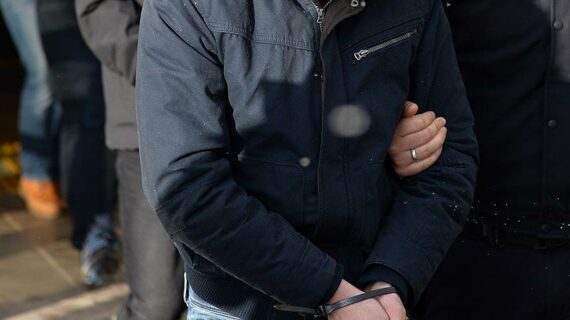 The Chief Public Prosecutor’s Office in Istanbul on Thursday issued arrest warrants for 121 suspected members of the Fetullah Terrorist Organization (FETO), according to a judicial source.

Among those being sought is Fatmanur Gulen, the niece of FETO leader Fethullah Gulen and Belkis Nur Tetik, the sister-in-law of Adil Oksuz, who is accused of being a mastermind of the 2016 defeated coup in Turkey.

So far, 33 suspects, including Fatmanur Gulen, have been arrested during Istanbul-based simultaneous operations across 29 provinces, the source, who spoke on condition of anonymity due to restrictions on talking to the media, said.

The search for other suspects remains ongoing, the source added.

FETO and its U.S.-based leader Gulen orchestrated the defeated coup of July 15, 2016, which martyred 250 people and injured nearly 2,200 others.

Ankara also accuses FETO of being behind a long-running campaign to overthrow the state through the infiltration of Turkish institutions, particularly the military, police and judiciary.