Turkey may expand operations in Syria

The Turkish Foreign Minister stated that “Turkey’s precautions against the YPG/PKK cannot be limited to Afrin alone. There is also Manbij and east of the Euphrates River.” 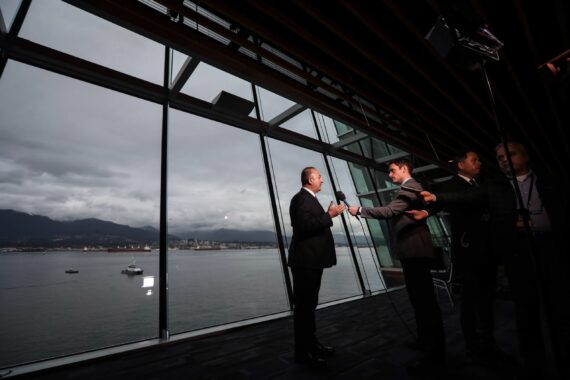 Speaking to reporters after his meeting with U.S. counterpart Rex Tillerson in Vancouver, Canada, Mevlut Cavusoglu stated that Turkey may expand its operations in northern Syria to Manbij city and east of the Euphrates River after Afrin has been cleared.

Cavusoglu spoke in Canada where he was attending the Vancouver Foreign Ministers’ Meeting on Security and Stability on the Korean Peninsula.

The FM stated that “Turkey’s precautions against the YPG/PKK cannot be limited to Afrin alone. There is also Manbij and east of the Euphrates River.”

Commenting on the U.S. plan to establish a so-called “border guard” in northwest Syria, the FM underlined that this will “irreversibly harm U.S.-Turkey ties.”

While the decision has been condemned on all fronts in Turkey, and has been questioned by the Russian and Iranian administrations, Turkish FM stated that different opinions among the Pentagon and Centcom as well as different institutions and ministries in the U.S. regarding support for the SDF and the PYD/PKK have been causing the problem.

Reminding reporters of past U.S. behavior regarding Manbij and Raqqa, and the U.S. support for the PYD/PKK, Cavusoglu urged the Trump administration to fulfill its promises.

The U.S. had promised that local councils would run the cities (Manbij and Raqqa) after they were liberated. However, they currently remain under the control of the PYD/PKK.

More, urging the U.S. to stop supporting the group and to retrieve its weapons, Cavusoglu stated: “The U.S. has previously stated that the PYD/PKK was not their strategic partner, [that] in fact, they were only working together to defeat Daesh.”

“As we can see, we have so many reasons to be skeptical, and we have enough reasons to take our own precautions.”

Following the brief given by the Foreign Minister, the Pentagon stated that the U.S. acknowledges Turkey’s concern over its plans for a border security force in Syria and that “close communications” with Turkey will continue.