The Ombudsman Institution can be a chance to provide more transparency, collaboration, and problem-solving in Turkey’s state structure under the presidential system. 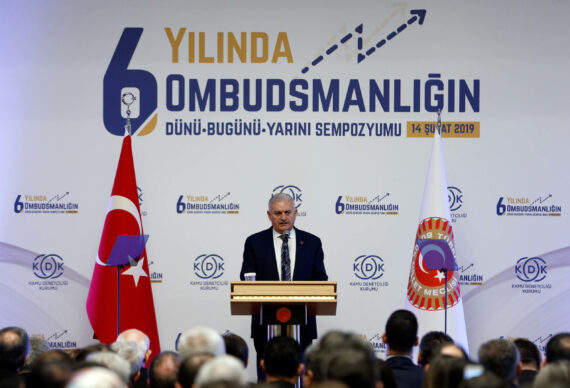 Last week, Turkey’s Grand National Assembly hosted an important event on the evaluation of the Ombudsman Institution. The event attracted the attention of the entire public sector, including current and previous politicians, academics, NGO representatives, and ordinary citizens. Since the event brought a massive community together, there was a chance for participants to discuss possibilities and limitations of the Ombudsman Institution as a public dispute resolution mechanism.

Turkey established special mechanisms focusing on resolving public disputes between state institutions and the public. The Ombudsman Institution, public hearing mechanisms such as CIMER and BIMER, and mediation mechanisms in the judiciary are examples.

These mechanisms also gained popularity in Turkey, especially after the 2000s. There has been a lot of discussions on the establishment of alternative public dispute resolution mechanisms in order to provide a collaborative understanding in governance. As a result of these discussions, some institutions created new divisions to provide collaboration and facilitate the conveyance of the public voice. City councils, school councils, and neighborhood councils are some examples of these mechanisms on a local and national level. Furthermore, these mechanisms have had an increasing popularity in the state since 2010.

The state established special divisions focusing on resolving public disputes between state institutions and the public. The Ombudsman Institution, public hearing mechanisms such as CIMER and BIMER, and mediation mechanisms in the judiciary are a couple of examples. Lastly, after switching to a presidential system, besides other missions, the Turkish Presidency Directorate of Communications was established in order to take part in the resolution of public disputes.

Nonetheless, the Ombudsman Institution has more responsibility in resolving disputes between state institutions and citizens. After its establishment in 2012, it got over 150.000 applications from citizens in various areas such as public personal management, education, youth, labor, social security, economy, health, environment, and human rights. The institution took an active role in the resolution of approximately 60.00 of these applications. Since the Ombudsman Institution cannot take any binding decision, its popularity and acceptance is quite effective in terms of the implementation of recommendations made.

The presidential system requires transparency, efficiency, bureaucratic rationality, and accelerated decision-making in governance. Thus, the Ombudsman Institution is set to play an active role in realizing all these.

Since the institution is quite new in Turkey’s state structure, it focuses on finding new ways to expand its sphere of influence. As a result of this quest, the Ombudsman Institution is open to building multilateral relations on local, national, and international levels. The Ombudsman, for instance, enters direct negotiations with stakeholder institutions to provide more effective and time-saving resolutions, implemented in almost 2000 cases until now. The institution also uses Track 3 mechanisms on a local level by initiating informal public discussions throughout the country with local NGOs, prominent leaders, student groups, and citizens. All activities help broadening the Ombudsman Institution’s sphere of influence.

Also Read
Turkey’s National Energy Policies in 5 Questions
We use cookies to optimize your online user experience. To learn about our use of cookies and how you can manage your cookie settings, please see our Privacy Policy. By continuing to use our site you are excepting our use of cookies.Accept Cookies & CloseMore Info