Although a regional diplomatic crisis has plagued the Gulf in the past, the recent crisis has gone beyond a diplomatic one with the imposition of tangible sanctions on Qatar. 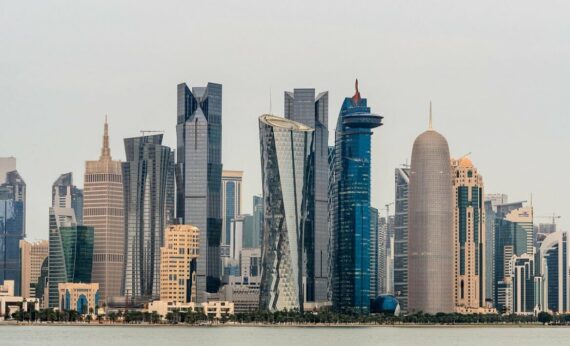 The globalisation of finance has produced a structural and ideological transformation in the financial system since the beginning of the 1970s. The globalization of the financial system in turn has accelerated the process of globalisation in other sectors, ever since states first made the decision to enter into the financial markets.  Such involvement has enabled some countries to assume prominent positions in the global financial system. This is clearly noticeable in the case of the Gulf Cooperation Council (GCC) countries – Bahrain, Kuwait, Oman, Qatar, Saudi Arabia, and the United Arab Emirates (UAE).

These countries have achieved economic prosperity due to the accumulation of wealth generated from oil and gas revenues. However, the Gulf has struggled with regional troubles for the last few weeks. Although a regional diplomatic crisis has plagued the Gulf in the past, the recent crisis has gone beyond a diplomatic one with the imposition of tangible sanctions on Qatar. Although Qatar is a small country in terms of its population and land area, it is an example of the “small States, big politics” trend experts describe in literature about the region. Under these circumstances, the impact of the Qatar crisis on current politics and economics will be not only regional but also global, as can be understood from the official reaction by world leaders.

According to the IMF, Qatar had the highest GDP per capita in the world –  $128,000 GDP per capita (at purchasing power parity) in 2016. Beside this, Qatar, which holds the world’s 9th largest Sovereign Wealth Fund (SWF) worth some $350 billion, has invested in real estate, banking, automotive and technology sectors. This already means Qatar has a significant role in the global financial system. Furthermore, Qatar is one of the biggest financial supporters of professional sports – its SWF owns the French Paris Saint Germain football team, and sponsors the Barcelona Football Team through Qatar Airways. Qatar will host the 2022 World Cup, and is buying beIN Sport, one of the biggest sport channels in the world.

The Qatar crisis has had a negative impact on many markets, and Qatar’s stock market experienced a severe fall. The Qatar stock exchange underwent its largest price drop in 18 months, nearly 8 percent, after the diplomatic rift on Monday. According to Wednesday market data, Although the Qatar Stock Exchange became the world’s worst performer with 8,965.01 point since January, 2016, Qatar Stock Exchange reached the high of 9,237.86 point since Monday, when was started the sanctions against Qatar. Some companies, moreover, were uptrend on Wednesday and Thursday by contrast with Monday, when all companies were down. In addition to Qatar Stock Exchange, the investments of Qatar through SWF, which are, mainly, invested in abroad such as European and Asian countries, could be affected by Gulf crisis in the long term.

In addition to the stock market, the crisis will lead to trade problems in the region, and will have an impact on Qatar’s import-dependent food sector. Food imports from Saudi Arabia account for about 90% of Qatar’s daily food consumption. According to 2016 data, Qatar’s trade volume was around $11 billion with the other GCC countries. However, Qatar’s trade volume with Saudi Arabia, the United Arab Emirates, and Bahrain, which cut diplomatic ties with Qatar, were around 85% of the total GCC trade volume of Qatar in 2016. This data shows that Qatar will be faced with a daily food scarcity in the short term, and a lack of food products in long-run if they don’t find alternative daily food suppliers from friendly countries.

Another impact of the crisis on Qatar’s economy is the changing air route of Qatar Airways, which will decrease customers because of the longer distance and cost-plus pricing the airline will have to follow. Lastly, the businessman who are visiting Dubai and Abu Dhabi, which are financial and business hubs for the region, will not prefer to visit Doha after their UAE visits due to travel difficulties to Qatar from the UAE. After mentioning the potential worst scenario of the Gulf crisis on Qatar’s economy, it is important to emphasise that this crisis will not affect the country’s gas production and its transportation to customers abroad, mainly Asian countries. Qatar may also have a shortage of cash to pay for imports, and the fact that its border with Saudi Arabia is sealed will further exacerbate this problem, but one solution is to find a trade partner the country can import from, in exchange for providing energy and raw materials for construction.

President Recep Tayyip Erdoğan has clarified that Turkey stands with Qatar, and is focused on mediating between the sides to calm the tension. Turkey’s parliament also approved draft bill allowing troop deployment to a new military base in Qatar on Wednesday. After these political and military steps, it is important to evaluate the impact of the crisis on the economic relationship between Qatar and Turkey, which has historically not been as promising as the political relationship.

In 2016, Turkey’s export to Qatar were around $440 million, mainly comprised of ships, yachts, appliances, furniture, and electronic products. In the same year, Qatar’s exports to Turkey were worth around $271 million, and were chiefly aluminium products, plastics, fertilisers, fossil fuels, and mineral oils.  Turkey has an advantage over Qatar because its products cover a wider range, and Turkey has an overall trade surplus. From this perspective, Turkey has positioned itself as a major supplier to Qatar in the new conjuncture. Turkey, thus, will find an opportunity to increase its exports in the near future. Furthermore, new products, which have not been sold to Qatar before, might be brought into line for export. The increase in Turkey’s exports to Qatar, therefore, would relax Qatar’s shortage of food supplies in the long-run. This trade partnership will initially bring extra cost for Qatar, mainly due to higher transportation overhead, but in the long term, if a viable system of trade is found and new channels opened, Qatar will meet its needs.

Erhan Akkaş completed his B.A in Economics at Istanbul University. He holds an M.A in Global Political Economy from the University of Sussex. His master’s thesis examined the impact of Sovereign Wealth Funds on GCC countries. Currently, Akkaş is a PhD candidate at the Department of Islamic Economics and Finance at Durham University.

Also Read
What Role Can Turkey Play Between Russia and Ukraine in Antalya?