In a press meeting after a cabinet meeting yesterday, spokesman for the Turkish presidency, Ibrahim Kalin, told reporters that Turkey has long borders and different interests, which makes it possible for the country to buy both the S-400 and Patriot air defense system if necessary. 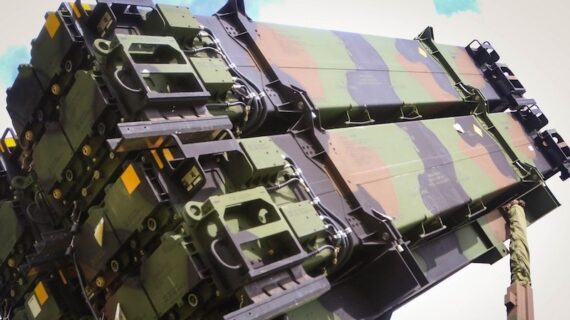 In a press meeting after a cabinet meeting yesterday, spokesman for the Turkish presidency, Ibrahim Kalin, told reporters that Turkey has long borders and different interests, which makes it possible for the country to buy both the S-400 and Patriot air defense system if necessary.

Kalin answered questions on issues such as Turkey’s ongoing fight against terrorism, the U.S. withdrawal from Syria, developments in the Eastern Mediterranean and recent developments in relations between Ankara and Washington.

Commenting on the decision of the U.S. Department of Defense regarding the Patriot sales to Turkey, the spokesman highlighted that the U.S. administration expressed the fact that there are no obstacles ahead of the sale of the defense system to Turkey. However, in regards to the amount, Kalin said, “The decision made by the U.S. administration is pleasing for us. However, the nature and content of the offer is important. The details of the offer regarding issues such as co-production, price, credits, transfer of technology, and delivery time are important. Turkey turned to Russia for S-400s because we got the best offer from Russia. Turkey has long borders and is dealing with different problems in various regions, and therefore it will not be surprising to purchase both systems if necessary.”

Answering a question on the developments in the East Mediterranean, Kalin stated that Turkey will continue to maintain its economic policies with determination in the region in 2019 and highlighted the importance of this by stating, “The East Mediterranean is a region constantly in motion. We have not allowed any de-facto situation in the north, south, east, or west of Cyprus, and will not allow this in the future. Our goal is to make the region a sea of peace.”

He also added that there will be a delegation from Turkey visiting the U.S. in January and that a meeting between Erdogan and Trump is not expected due to Turkey’s pre-occupation with the local elections in March. However, he did mention that President Erdogan invited Trump to Turkey and that while Trump accepted the offer, a date has not been set yet.

Meanwhile, Trump’s decision to withdraw from Syria is still showing its effects in Washington. After the resignation of Secretary of Defense – James Mattis – another important actor within the U.S. administration – Brett McGurk – the U.S. special envoy for the global coalition against DAESH – also resigned from his position.