Turkey’s National Defense Minister Nurettin Canikli told parliament's Planning and Budget Committee that "the first delivery of the S-400 air-defense systems is planned to be accomplished in 2019." Canikli also pointed out that Turkey is currently panning its own production of defense missile system - “Turkey has also started a new platform, a new line which it will develop with its own potential.” 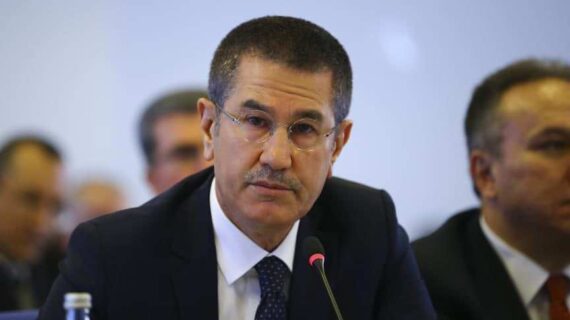 On Wednesday, Turkey’s National Defense Minister Nurettin Canikli told parliament’s Planning and Budget Committee that “the first delivery of the S-400 air-defense systems is planned to be accomplished in 2019.”

“The control of the S-400 will be entirely in Turkey’s hands, the friend-enemy recognition system will be changed, software changes have already started and Turkey is actively participating on that, but all discussions on where to deploy the system will be decided by Turkey. This is the biggest difference from the NATO systems,” Canikli said.

Deals have been signed between Turkey and Russia for two S-400 air-defense systems, one of them being optional.

The S-400 can carry three types of missiles capable of destroying targets, including ballistic and cruise missiles

The S-400 is Russia’s most advanced long-range anti-aircraft missile system so far.

Referring to the agreement signed with fellow NATO members France and Italy, Canikli said: “On the other hand, we have started developing a similar system with EUROSAM.”

Turkey’s defense industry and the Franco-Italian Eurosam consortium will work together to determine needs and priorities for potential joint production of a SAMP-T anti-ballistic missile system.

The Minister also added that negotiations with the US on the purchase of the US-made Patriot air defense system are still continuing.

Canikli also pointed out that Turkey is currently panning its own production of defense missile system – “Turkey has also started a new platform, a new line which it will develop with its own potential.”

Turkey’s fight with the PKK

“Turkey will use its right of intervention based on international law” Canikli said referring to Turkey’s trans-boundary fight with PKK/PYD/YPG terrorist organizations.

The PYD and its military wing YPG are Syrian branches of the PKK, which has waged a war against Turkey for more than 30 years.

Tens of thousands of people have been killed, including more than 1,200 since July 2015 alone since the PKK launched its terror campaign in Turkey in 1984.

Although the US, EU and Turkey list PKK as a terrorist group the US and the coalition have largely ignored PYD/PYG links to PKK.

Revisions in the military

Canikli also announced that 8,570 personnel have been dismissed from the Turkish Armed Forces since last year’s defeated coup attempt for being linked with the terrorist organization FETO.

The defeated coup attempt of July 15, 2016 was organized by FETO and its US-based criminal cult leader Fetullah Gulen and left 250 people martyred and nearly 2,200 injured.

Ankara also accuses FETO of being behind a long-running campaign to overthrow the government through the infiltration of Turkish institutions, particularly the military, police and judiciary.