The indigenously developed surveillance balloons by ASELSAN-OTONOM, and to some extent TURKSAT, seem appropriate for the operational needs of the Turkish Army in comparison to the ones of outer market. They are mobile, small and simple systems to conduct surveillance and reconnaissance tasks in potential combat zones. 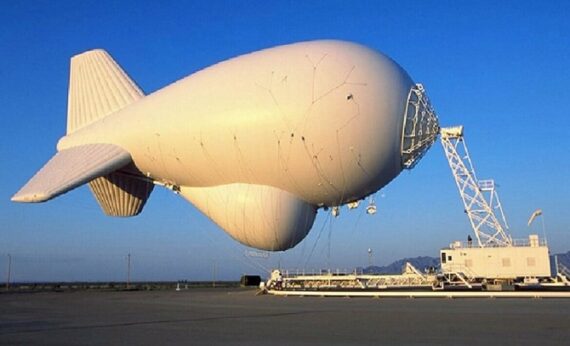 Turkey has long been in search of strengthening its border security and protecting its military bases, and for sure high value facilities, scattered in the mountains of south eastern Anatolia. Terrorist organizations based in Iraq and Syria, including the PKK/KONGRA-GEL/PYD/YPG/DEASH, frequently attempted to infiltrate Turkish territory either for attacking Turkish citizens or in a quest for gaining local support in the region. Turkey deployed its military and security forces along the border to prevent such undertakings while equipping troops with high-tech surveillance systems.

However, Turkey failed to enrich its UAV inventory via foreign procurement through Western, in particular Israeli, aviation firms as the primary suppliers, at the beginning of the 2000s. This era was a disappointing period for Turkey as the country had to confront a highly politicised Western defence industry. Without doubt, the invasion of Iraq, by US-led coalition forces, was a clear challenge for Turkey’s quest to procure intelligence and security assets. Turkey’s democratic choice not to participate to the invasion of Iraq hampered its desire to acquire these assets to counter terror threats. Persistent Threat Detection Systems (PTDS), or in Turkish military literature “surveillance balloons,” were one of these kinds of assets.

The initial efforts to acquire PTDS for the Turkish Army’s inventory were based on importing these systems from foreign suppliers, mainly US-based manufacturers. But the project could not be finalized until because of bureaucratic challenges stemming both from the US and Turkish decision-making mechanisms. A security expert claims that, in order to defend against casualty risks, there was an increasing demand on military intelligence assets to provide security for outposts facing imminent terror threats. This concern encouraged young and talented officers as well as non-commissioned officers of Turkish Armed Forces Intelligence School to build their own surveillance balloons by recycling scrapped equipment with a budget of just 1,100 TL (about $450 at the time). They had aimed to construct a cost-efficient system with simplified operating procedures that could be operated by regular soldiers with basic training.

Initially, dedicated Army soldiers conducted an experiment with a weather (meteorology) balloon on which they mounted re-purposed camera parts. They attached the balloon to a simple ground station with a cable that was bought in a local market. Although this first try was a failure, it was a big step. They replaced the balloon with the one made of a stronger fabric and upgraded the equipment with something more functional. The aim was simple: to have the altitude of the balloon be fixed at maximum of 500 meters and monitor any individual within a distance of 6 km. After unofficial consultations with the young soldiers, the Turkish technology giant ASELSAN agreed to sponsor the local amateur project.

ASELSAN provided old domestically manufactured equipment such as video cameras at no expense. With the aid from ASELSAN, a more sophisticated surveillance balloon could now be designed with a higher altitude and increased payload capacity. One problem left to be solved was having the balloon continue its surveillance task even if it was shot by light rifles. The shooting test was very successful after a private Turkish company in Ankara, OTONOM, manufactured a persistent and long lasting balloon. The balloon, which stayed aloft despite seven bullet holes in it, was also stabilized against harsh weather conditions by integrating additional fixing materials and software. Actually, the adventure of Turkish soldiers in building a surveillance balloon has pushed domestic private companies to start partnerships and pool their manufacturing capabilities to meet the needs of the Turkish Armed Forces. Hence, the project was in the hands of these companies afterwards.

The ASELSAN and OTONOM partnership produced surveillance balloons named “Global” (Küresel), a small balloon with 500 meters altitude, and the “Water Drop” (Su Damlası) with a maximum altitude of 1,000 meters. Apart from the ASELSAN-OTONOM partnership, Turkish satellite and cable network firm TURKSAT also developed another surveillance balloon with 800 meters altitude, which might be described as a medium-size PTDS in the defence market. TURKSAT, making deals with the foreign firms, enriched the competition in the emerging balloon sector.

The payloads of these Turkish surveillance balloons can be enhanced depending what the surveillance mission requires. Standard payloads include day and night cameras, laser pointers and radio relay systems. It is possible to integrate them to early warning systems used by ground troops in order to compliment, in other words “cueing,” other information collection efforts by integrated software. Furthermore, acoustic radar can also be mounted to detect explosions and movements of any sorts of vehicles. ASELSAN offers a great inventory of surveillance systems that can be integrated to any sort of these balloons.

Another option for the Turkish Army is the procurement of the PTDS from the Western defence market. In this context, Turkey is about to acquire two PTDS assets from the U.S. Army as a pledge. The U.S. Government granted two PTDSs from Lockheed Martin to the Turkish Army for countering illegal border crossing, especially by DEASH terrorists. The deal entails U.S. donation of the two PTDS assets at no expense for Turkey, but leaves maintenance responsibilities to Turkey. These PTDSs, most probably, will be have been used previously in Iraq or Afghanistan, and can be described as old and worn out. In order to maintain these systems, Turkey will need to meet their costs, and will be dependent on importing spare parts from abroad for them. Besides, the huge size of the balloon requires a huge amount of helium gas to run it, which reveals another challenging problem for the Turkish Army. However, this dependency creates an unwillingness within the circles of the Turkish Army to include these systems into its inventory or at least accept using them for urgent short-term needs until they are no longer functional.

The exploitation of the U.S. PTDS in Afghanistan is an indicator for whether it will meet the needs of the TAF and to see its efficiency. The PTDS was a distinguished intelligence asset for monitoring urban areas with its sensitive payload.  On the other hand, similar to small surveillance balloons, the PTDS of Lockheed Martin was strictly limited by harsh weather conditions; mainly wind, humidity, atmospheric pressure, cloud, and atmospheric electrical charge (including thunderstorms). Due to these shortcomings, the balloons were often grounded and fixed to command trailers. As in Afghanistan, harsh weather conditions along the border of Iraq and to some extent Syria, will hinder the effective exploitation of the U.S. PTDS.

Although the same weather conditions will certainly effect the functionality level of the Turkish surveillance balloons, their loss would be much more tolerable because they are domestically manufactured and cheap. The affordable cost of Turkish systems makes them more attractive than other PTDS products in the Western market. For instance, the cost of a PTDS manufactured by Lockheed Martin is around $15 to $20 million, which is prohibitive when it comes to usage in the rugged terrain conditions of Turkey. Thus, in order to cover the harsh terrain, security forces would probably demand additional PTDS assets over time. A comparison of terrain features of the U.S.-Mexican border and the Turkish-Iraq border illustrates this dilemma. The U.S. border is rather flat, so PTDS can serve for detecting illegal border crossings. On the contrary, the Turkish border with Iraq is full of rugged creeks, therefore several PTDS assets cannot provide either physical or border security since imagery intelligence (IMINT) assets require line of sight. Hence Turkey needs cost-efficient of surveillance balloons that could cover wide ranges that excludes the expensive PTDS.

As the Turkish Army’s priority is not solely based on border security, but also the force protection of ground troops, the needed surveillance balloons should be positioned for monitoring roads, neighbouring villages, and key terrain in the vicinity of military bases. For this purpose, the Turkish Army needs to procure small, mobile, easy to use surveillance balloons in large numbers. Basic military tasks such as target acquisition, directing fires, and location capturing ought to be the main capabilities of the surveillance system. The Turkish surveillance balloons offer such functions using simplified software. Software can be enhanced depending on the regional needs of Turkish Army in comparison to complicated and fixed software. Another advantage of the Turkish PTDS is the small number of operating personnel it requires. Just three personnel for each shift can run the system, which makes the entire 24 hour crew just nine personnel. On the other hand, the U.S. PTDS needs at least 10-12 personnel for each shift to run properly, corresponding to 30-36 operators over a 24-hour period, excluding team leaders.

Consequently, the indigenously developed surveillance balloons by ASELSAN-OTONOM, and to some extent TURKSAT, seem appropriate for the operational needs of the Turkish Army in comparison to the ones of outer market. They are mobile, small and simple systems to conduct surveillance and reconnaissance tasks in potential combat zones. Turkey’s technology is respondent to develop surveillance balloons and export to the other countries in need. Additionally, coast guard, police and gendarmerie forces, can also acquire these Turkish surveillance systems to complement existing threat detection systems, in order to monitor critical urban areas while countering crime.