Daesh militants in Jarablus were removed in a few hours and the city was recaptured within a day, a mission that other regional and global powers have not been able to accomplish. 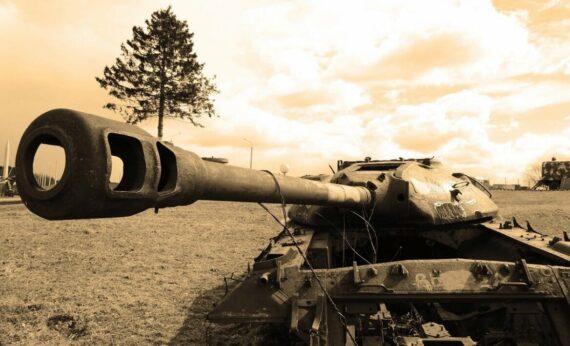 On August 23, 2016, Turkey launched Operation Euphrates Shield in northern Syria, with the aim of fighting the terror group Daesh and expelling them from the border areas west of the Euphrates.

SecurityBy Mustafa Caner
The move is not new to Turkey’s stance on the terror group. In fact, Turkey has always been a part of the political fight against Daesh. However, military participation can be considered a great contribution, making the anti-Daesh coalition more effective and multinational. Ankara has become part of this war by being at the frontline.Turkey and its citizens regularly have been falling victim to the country’s anti-Daesh policies. Since 2013, the terror group has targeted heavily Turkey’s major cities. In the last few months, Daesh terrorists have shelled Turkish territory and conducted large-scale terrorist attacks inside the country, including the bombing of Istanbul’s Ataturk International Airport, one of the world’s busiest airports, where 44 people were killed. In the most recent case, a suicide bombing carried out by the terror organization in the southern city of Gaziantep killed 54 people at a wedding party.

To some extent, Daesh retaliations have been predictable, due to the fact that Turkey’s firm security policies against the group have disrupted their activities, leading Daesh to regard Turkey as a threat. For example, Turkey has removed a 320-kilometer-long illegal oil pipeline controlled by the terror group and carried out many operations to disrupt Daesh finances, including the comprehensive monitoring by intelligence agencies of suspicious financial activities.

As pointed out by the Turkish authorities, the strategic objective of the Turkish operation in Syria is to secure a sizable safe zone. Euphrates Shield is a dual-edged strategy; first, the intention is to fight against Daesh, to ensure it is unable to penetrate Turkish borders again to carry out further terror attacks against citizens; second, the operation aims to prevent the expansion of PYD control (the Syrian affiliates of the PKK terror organization) along the Turkish borders. Turks are concerned that, if PYD terrorists are allowed to create a Kurdish state or expand their control, PKK pressure may intensify and pose a threat to Turkey’s territorial integrity.

This is a serious concern of the Turkish elites, and other players involved in the Syrian war should understand Turkish sensitivities regarding national sovereignty. In addition, Turkey has witnessed an upsurge of violence by the PKK over the past few years. For over three decades, the PKK has waged a merciless guerrilla war in southeastern Turkey, killing more than 40,000 Turkish citizens. The most recent attack was carried out by the PKK at a time when Turkish security personnel were undergoing reorganization, and was intended to weaken security forces’ operational capabilities.

The PKK leaders do not hide their intention to wage terror on Turkey. The group recently pledged to start an all-out war if the Turkish government refused to negotiate with the organization. Just like many other states, Turkey does not negotiate with terrorists. In return, the organization has sent a “message” to the government by performing further and more violent acts of terror.

Evidence suggests that Turkey does have the military power in place to successfully carry out its mission in Syria to fulfil its strategic objectives. More than two and a half years after Daesh occupied Jarablus in Syria, the terror group militants were removed in a few hours and the city was recaptured within a day, a mission that other regional and global powers have not been able to accomplish.

Through Euphrates Shield, Turkey has quickly achieved its immediate objective of taking the city, securing a 90-kilometer corridor and marking a considerable achievement in its plan to expel terrorists and prevent the growth of the YPG.

In their latest movement, the forces of Turkey and the Turkey-backed Free Syrian Army (FSA) moved towards al-Bab, 30 kilometers south of the border, controlled by Daesh since January 2014. The city has been one of the most important strongholds of Daesh, connecting the terror group’s control areas in the city of Aleppo in the north to Deir ez-Zor and Raqqa in the east.

The Turkish attack has also shaped the war on Daesh to the advantage of other players involved in Syria, notably, the United States. It shows that Washington, which was becoming desperate in Syria, finally has a strong and professional military partner in the war on terrorism. To what extent that the partnership might yield a political result is not clear. Washington and Ankara diverge on many points, among them the PYD and PKK. From Ankara’s perspective, the PYD and its militia are extensions of the PKK terror organization, while Washington has a strong partnership with the YPG and considers the group to be a reliable and effective ally in Syria. This US-YPG partnership poses a longer-term threat to Turkish security. With Washington failing to address the Turkish security concerns, these dynamics point to considerable friction between the US and Turkey over the PYD and PKK in the long run.

Though with different motives, the Turkish involvement may launch a new era of Washington-Ankara cooperation in Syria and considerably reinforce the war on terrorism. Compared to other regional and global powers engaged in the Syrian war, Turkey has the ability to have greater impact in the fight against Daesh. Though the US may not be entirely happy with the Turkish move, having Ankara as a strong ally in the anti-terror campaign will give Washington greater leverage in its war on terror. However, Turkey needs to receive incentives in response. Washington should support Ankara in its quest to preserve national sovereignty.

Although Turkey’s entry into Syria can be a sign of increasing cooperation between all players in the Syrian battle – which gives more hope for positive results – it is impossible to predict how long this cooperation will last, especially at the level of the relationships between the US, Turkey, Russia and Iran. The result might be the risk of tension with Tehran and, to a lesser extent, with Moscow in the long run, highlighting the zero sum game that the three countries are playing in Syria.

While Moscow and Tehran share similar objectives to Ankara regarding Daesh, they disagree strongly over other objectives. Turkey is still determined to see the Syrian dictator, Bashar al-Assad, toppled regardless of Ankara’s recent conciliatory tone, while Iran is equally firm about seeing Assad’s government survive, and Russia seems in between.

For the Iranians, Turkey’s move is a powerful blow to their regional rivalry with the Turks, though they do not have the ability to respond. Unlike Iran, Russia’s interest in Syria is not strategic. Therefore, it may not consider the Turkish move to be a strong blow, as it has been regarded by the Iranians. In the broader world of Russia’s foreign policy, the Middle East in general and Syria in particular rank after the US, Europe, China and Asia. As a matter of fact, Moscow’s objective in the region is to use the Syrian card as leverage against the US in Ukraine. In other words, Syria gives Moscow the opportunity to achieve its strategic goals in Ukraine.

Whatever their objectives, Russia and Iran should demonstrate that they are serious about addressing Ankara’s key security concerns if they intend to build a strong strategic partnership with Turkey. Otherwise, their current stance could exacerbate Turkey’s security concerns and create new strains in relations with Ankara. Russia and Iran should understand that Turkey’s involvement is a significant chance to enhance stability in the region; they should not lose such an opportunity since it is also vital for their own security.