An economic crisis has always been imminent and under the thin surface for Turkey's crisis-mongers for the last 16 years. For them, all you need to do to foresee the “plunging” of the economy into the crisis is to scratch the surface. 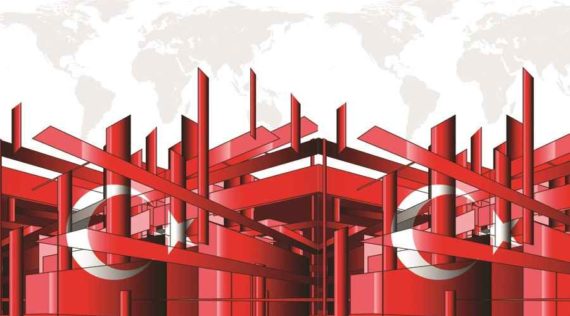 Talking about economy is serious business as long as you are to stick to good methodology. When you do not have such constraints, then “anything goes.” You can say whatever you please, and you can “prove” whatever you suggest. The trick is giving congruent-looking anecdotal data. Hence, inductivism is in full swing with all its deficiencies, but without its benefits.

What does the price of a vegetable or fruit prove? Sometimes “everything” for die-hard opponents of the current government in Turkey. Their line of reasoning rests on serious-looking but incredibly sloppy inductions. For them, the current inflated price of cucumber or onion is the harbinger of the “great economic crisis,” which will happen “anytime soon.”

However, an extreme situation, such as an economic crisis, necessitates extreme and overwhelming events and/or deep structural problems. Continuously treating anecdotal data as yet another “final nail” in the coffin does not help you. Obviously, much more is needed here, if you are to avoid being an economic fortuneteller.

What does the price of a vegetable or fruit prove? Sometimes “everything” for die-hard opponents of the current government in Turkey. Their line of reasoning rests on serious-looking but incredibly sloppy inductions.

But, to no avail, an economic crisis has always been imminent and under the thin surface for these crisis-mongers for the last 16 years. For them, all you need to do to foresee the “plunging” of the economy into the crisis is to scratch the surface. They kept saying that and they “scratched” the surface with their anecdotal, cherry-picked data. These “handy” data were often flatly wrong and almost always badly misleading. This is confirmation bias in action.

Although the long-awaited deep crisis did not come about, this “ongoing” situation did not cause these crisis-mongers to reflect upon their “growing” failed forecasts. They have the rare ability to put forth to-be-failed forecasts incessantly. Their “general” response is always like this: oh, the crisis did not materialize today, because the government postponed it with yet another wrong and short-sighted policy, which will be clear in the near future with more bleak economic outcomes.

How can they fail with such a mindset? There is no way that they can ever be wrong. It is like positing that there are 2.357 habitable planets in the Andromeda galaxy. You cannot disprove this. But, this situation does not make that curious argument any credible. Popper’s “falsification principle” has important merits to consider at this point, though it has its own weaknesses from a philosophy of science perspective: if your argument cannot be tested and you look that you can always dodge any relevant data with yet another re-reading of the unfolding events from the perspective of your main argument, then you should probably be a charlatan.

For an economic crisis to occur, there should be some critical deficiencies in the economy, which would keep the economy from functioning smoothly. Moreover, crises are, by definition, sudden and transitory events: they should come about abruptly and they should go away eventually. A perpetual crisis situation is impossible, again by definition. You cannot have a heart attack continuously. Because of this ontological situation, crisis are rare events, though they grew in number incredibly in the neoliberal era compared to before.

Make no mistake: the Turkish economy has its own weaknesses as other economies have their own. There is no perfect economy. For example, in the 2000s, high levels of current account deficits, which emanated mostly from the overvalued domestic currency, was the main weakness of the Turkish economy. However, this is just one indicator among many. The Turkish economy, public sector and financial system look and have been considerably healthy and energetic in the 2000s, with a 5.7 percent average annual economic growth rate between 2002 and 2017. Hence, the overall picture with regards to the Turkish economy shows no sign of strain as to give way to a “deep” crisis, as I also tried to show in detail in my previous articles.

In a nutshell, having some bad “anecdotal” data or some weaknesses is one thing and having an economic crisis is completely another thing. It is like having some health problems is one thing and having a heart attack is completely another thing. The latter does not necessarily follow the former. Such a situation would defy both basic logic and the workings of the national economies. (By the way, one should add that the current account deficit problem of Turkey will dwindle considerably in the short term as the Turkish Lira is not overvalued anymore in any sense, and it is actually undervalued by around 5 to 10 percent.)

Make no mistake: the Turkish economy has its own weaknesses as other economies have their own. There is no perfect economy. But the Turkish economy will recover in the second half of 2019 as the side effects of the devaluation of the TL against the U.S. dollar in 2018 fade away.

Yes, the Turkish economy has been suffering some difficulties for the last three to six months and it will do so, again, in the coming three to six months. However, the Turkish economy will most probably recover in the second half of 2019 as the side effects of the devaluation of the Turkish Lira against the U.S. dollar in 2018 fade away and eventually disappear, provided that any negative global supply shock will not materialize, or any serious political conflict between Turkey and the U.S. will not emerge. And, again, although adverse developments such as these would certainly affect the Turkish economy negatively, there is no reason to think that they will result in a “deep” economic crisis. To reiterate, conflating economic stagnation, which can happen from time to time, and economic crisis, which are rare events ipso facto, is a serious logical fallacy.

Lastly, food inflation has been quite a problem in Turkey in the last few years. And, the solution to this problem has yet to materialize, despite some efforts on the part of the government. The current situation in the food market clearly shows that more has to be done in order to eradicate this problem. However, an economic crisis does certainly not necessarily follow from this economic problem. Ascribing to it too great a meaning such as being the great harbinger of what will come next to overwhelm and crush is a cheap trick. Turkey deserves better than this.