Turkey is likely to become a more influential actor in the politics of the Middle East. It is therefore vital that Western actors, as well as countries in the region, take into account Ankara's concerns for the region. 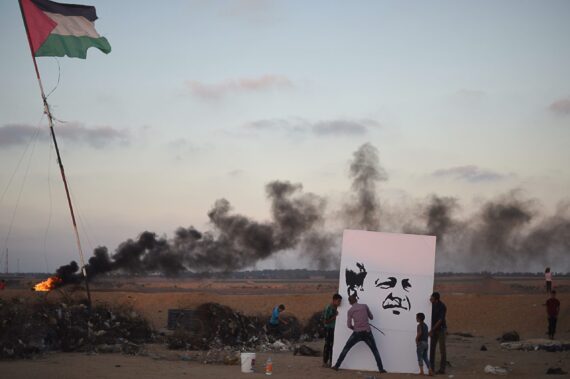 Last Sunday, Turkey held one of the most symbolic elections in its recent history. The election was the final step to shift the political system of the country to a presidential one. By receiving nearly 53% of the votes, Recep Tayyip Erdogan became the first President of Turkey. His AK Party also received around 42% of the votes and become the leading party in parliament. The turnout was almost 90%, making Turkey one of the strongest democracies with the highest rate of participation in elections. The number of world leaders, including presidents of Iran, Russia, France, the U.S., and prime ministers of Germany, the United Kingdom and Japan, called Erdogan to congratulate him for the victory. Erdogan also received phone calls from leaders of Middle Eastern countries, such as Qatar, Saudi Arabia, Jordan, Morocco, Iraq and Palestine.

The elections in Turkey were closely observed by actors inside and outside of the Middle East. The main reason for this is the growing importance of Turkey in regional and international politics. Erdogan’s leadership has made significant progress in becoming a regional game-changer, despite challenges and threats in domestic politics. The President followed an active foreign policy agenda towards the Middle East, particularly during the post-2011 period. In this context, Turkey has become an important player in regional crises such as Palestine-Israel, Syria, Libya and the Gulf crises. Turkey has been involved in these crises in order to both protect its own interests and the interest of its Arab allies in the region.

Erdogan’s election as the first President of the new political system in Turkey is an indication of Ankara’s continuing interest in the Middle East. It can be said that Ankara will maintain its current policy objectives with regards to the Middle East. This would be summarized in four crisis areas in the region.

The Erdogan administration will focus more on the conflict between Israel and Palestine and will continue to defend the rights of Palestinians. By following such a policy, Ankara would contradict with the policies of the U.S. and Israel. This would further damage the already tense relations between Turkey and these two actors. In the case of Gulf politics, Turkey would continue to support Qatar’s position and provide a security umbrella for its strategic partner. Ankara’s main objective will be to prevent blockading countries, namely Saudi Arabia, the United Arab Emirates, Bahrain and Egypt, to further damage the Qatari leadership and will also try to prevent Gulf states from taking tougher steps against Qatar.

Turkey’s policy toward Syria will remain unchanged in the coming period. The main goal of Erdogan’s leadership will be permanently removing the “terror corridor” that has been established by the terrorist organization, the PYD, with the support of the United States. Eliminating this region of instability will be a crucial goal for Ankara in order to establish a safe border in its South. At this point, it is vital that the U.S. does not repeat mistakes it made in the past. The U.S., which is the major supporter of the terrorist organization, the PYD, has seriously lost Ankara’s trust with this policy and has become an irrelevant actor in Turkey’s policy toward Syria. The U.S. support for the PYD has further damaged Turkey-U.S. relations in other areas. Therefore, Washington has to re-consider its policy in Syria (and Palestine), if it does not want to lose a powerful ally like Turkey.

Finally, Turkey will follow a more aggressive strategy in its policy toward Libya. This will be an important aspect of Turkish foreign policy in the Middle East in terms of its regional implications. Turkey will continue to challenge the Egyptian and Emirati attempts to destabilize Libya. Ankara will continue to support the central government in Libya and aim to bring stability in the country. Turkey’s historical and commercial links with Libya will contribute to further rapprochement between Ankara in Tripoli.

Turkey is likely to become a more influential actor in the politics of the Middle East. It is therefore vital that Western actors, as well as countries in the region, take into account Ankara’s concerns for the region. Turkey’s importance proved itself in Erdogan’s ability to create a united Islamic front against the U.S. and Israeli policies in Palestine, Ankara’s strategic gains in Syria and its capacity to stop aggressive Gulf countries in damaging the Qatari leadership. These developments will give Ankara enough confidence to follow a more active foreign policy in the coming period.