After pointless discussions, albeit a little late, Turkey stepped into the global nuclear league by kick-starting the construction of its first nuclear power plant. 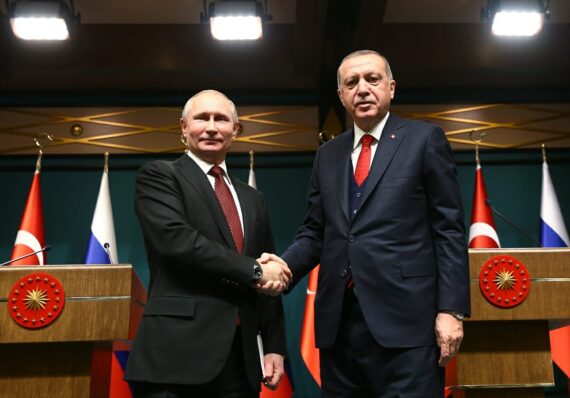 The Turkish economy has been making significant progress for 15 years. In parallel with the growing economy, the demand for energy has increased enormously. Due to scant hydrocarbon resources and a slow lead towards alternative energy resources, Turkey is highly dependent on imported energy. Almost 75 percent of the country’s energy demand is met by foreign energy sources. Last year Turkey paid $37.18 billion for its energy imports. During above-potential economic growth and/or soaring oil prices, the current account deficit, which is seen as the Achilles heel of the Turkish economy, rises. A high current account deficit makes the economy vulnerable to external shocks. This created an unnerving dilemma: maintaining a high economic growth rate on the one hand and increasing vulnerability to shocks on the other.

In order to reverse this situation and to strengthen the foundation of the economy, the Ministry of Energy and Natural Resources has been working intensively for the last few years. Increasing the ratio of domestic energy resources is the top priority. In order to achieve this goal, all sensible alternatives are being put into action.

Last week President Recep Tayyip Erdogan and his Russian counterpart Vladimir Putin launched the construction of Turkey’s first nuclear power plant. Despite the fact that 32 countries including the U.S., France, China, Russia, Japan, South Korea and Germany meet a significant portion of their electricity needs with nuclear energy, for years Turkey got stuck in vicious circles of discussions on whether to use nuclear energy. Under the condition that the necessary human and environmental safety nets are taken, nuclear energy is not a burden, but a doorstep to reach secure, clean and efficient energy. After pointless discussions, albeit a little late, Turkey stepped into the global nuclear league by kick-starting the construction of its first nuclear power plant.

The Akkuyu plant is expected to meet 10 percent of Turkey’s electricity needs when working in full capacity. This project, jointly executed with Russia, is also vital because it has the potential to provide technology transfer in one of the key areas of energy resources. Reaping the benefits of know-how and experience to be obtained in this project, Turkey can build and operate its own reactors in the coming years.

A second nuclear power plant is going to be built in Sinop, the northernmost point of Turkey, by a Japanese-French consortium. Chinese and American firms are eager to obtain the right to build Turkey’s third nuclear power plant, which is planned to be in the Kirklareli-Igneada region.

Turkey also aims to leave behind the dominance of fossil fuels by increasing the weight of renewable energy sources, such as solar, wind and hydroelectric, in its energy mix. With its 6,857 megawatt installed wind power capacity, Turkey is the sixth largest playerin Europe. Last summer Ankara took another crucial step towards diversifying energy sources by launching the Renewable Energy Resources Zone Project. The first 1,000-megawatt wind tender of this project was won by a Turkish-German consortium. These renewable energy moves will not only reduce imported energy bills and ensure energy security, but also pave the way for a cleaner environment.

In order to reap all economic benefits of renewable energy resources, Turkey needs to produce its own energy technologies. So far Turkey has been importing these technologies from leading countries in this field, such as Germany and China. There are incentives for domestic technology production, and there are even some initiatives going on. For example, the construction of Turkey’s first solar panel plant continues in Ankara.

These moves do not however indicate that Turkey neglects conventional energy resources. Although its weight has been declining, the strategic importance of hydrocarbon resources in the global economy will continue for the next few decades. So, Turkey is also making new investments within these areas. State-run Turkish Petroleum Corporation (TP) has been intensifying its oil and gas exploration efforts. To smooth out imbalances between supply and demand during pick seasons, Turkey is building new natural gas storage facilities. By strengthening its relationship with Russia, Iran, Azerbaijan and Qatar in natural gas, Turkey aims to become an energy hub.

The Turkish economy needs to grow around 5 percent in a sustainable manner in order to avoid the middle-income trap and to reach high-income status. Achieving faster and sustainable growth requires secure, clean and efficient energy. To diversify energy resources and balance its energy mix Turkey has been cooperating with many global actors including Germany, Russia, China, Japan, France, Iran, Azerbaijan and Qatar. Some so-called experts misinterpret Turkey’s tendency towards strengthening its relationship not only with Western but also Eastern countries. The number of countries that can sit at the negotiating table and cooperate with these global systemically important countries, which are in politically different positions, can be counted on the fingers of one hand. Turkey is one of the few. This is not an axis shift, but a pragmatic and strategic move.