In addition to its humanitarian agencies, an announcement made by the Parliamentary Union of Organization of Islamic Cooperation (PUOIC) stated that a group of Turkish lawmakers will visit Rohingya Muslims in Bangladesh in order to assess the situation first hand. 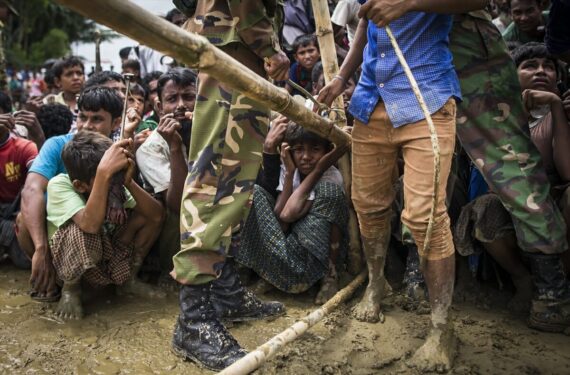 Following the crimes committed against Rohingya Muslims by the Myanmar security officers and Buddhist mobs, according to the United Nations, since August 25 approximately 520,000 Rohingya have crossed from Rakhine to Bangladesh.

According to Bangladeshi Foreign Minister Abul Hasan Mahmood Ali, around 3,000 Rohingya have been killed in the crackdown.

Since the events have unfolded, Turkey has led the cause in humanitarian assistance. Not only has it delivered tons of aid through the Turkish Cooperation and Coordination Agency, the First Lady also visited Rohingya refugees in order to deliver aid.

More, President Erdogan brought the Rohingya crisis to the agenda during the UN General Assembly last month, urging the international community to form an alliance in order to combat these crimes against humanity.

In addition to TIKA, Turkey-based Humanitarian Relief Foundation (IHH) has stated that it has delivered aid to 270,000 Rohingya refugees.

A statement released by Vice-Chairman Yasar Kutluay indicated that these humanitarian efforts are to continue in the region in order to help the living standards of refugees that have migrated to Bangladesh.

In addition to its humanitarian agencies, an announcement made by the Parliamentary Union of Organization of Islamic Cooperation (PUOIC) stated that a group of Turkish lawmakers will visit Rohingya Muslims in Bangladesh in order to assess the situation first hand.

Head of PUOIC, Orhan Atalay, also an MP for AK Party, said that the decision was made during the executive committee meeting of the parliamentary body in Tehran, Iran on Saturday.

The visit to Bangladesh is expected to take place before the PUOIC’s general conference on January 10, 2018.

Atalay stated that this proposal was made in order to assess “what can be done for the tragic situation of Arakan [Rohingya] Muslims.”

“Our proposal was put to the vote and it was unanimously accepted.”

Atalay finally added that the executive committee also stood in favor of an “institutive cooperation” against terrorism and extremism.