The skyrocketing increase in the number of people preferring Netflix, Blu TV or Puhu TV kind of platforms sparked a debate over the lack of monitoring and regulation mechanisms on such platforms. The recent by-law enabling the Turkish Radio and Television Supreme Council (RTUK) to regulate digital media platforms is based on a legal amendment made in March 2018. 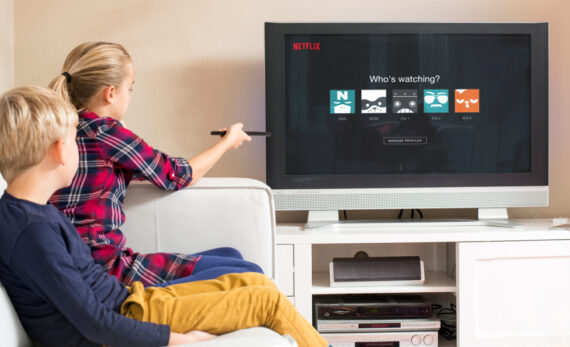 Last week, the Turkish Radio and Television Supreme Council (RTUK) prepared new by-laws authorizing the regulation and monitoring of digital media platforms in Turkey. This issue is debated among a wider public. While the opponents of this decision perceive it as a “censorship” of prominent digital media platforms in Turkey such as Netflix, Blu TV, and Puhu TV; the defenders claim that this regulation aims to monitor the content of these platforms to prevent harming “the physical, mental and moral development of children and young adults.”

It is crucial to understand the concerns of both sides joining the discussions. The claims of both sides show that there is a lack of information to make a full-fledged evaluation. The recent by-law enabling the RTUK to regulate digital media platforms is based on a legal amendment made in March 2018. This law enabled the establishment of these platforms at local and national levels in Turkey. Furthermore, in accordance with this law, these platforms had to get a license from RTUK. Thus, the latest by-law implements the law accepted one and a half year ago.

What is the reason behind this regulation? Since these platforms started to be a significant alternative to the conventional media platforms, the lack of monitoring and regulation mechanisms on these platforms became a hot topic of discussion. Indeed, the skyrocketing increase in the number of people preferring these platforms sparked this debate last year. According to the latest Netflix data, the number of Netflix paying streaming subscribers worldwide increased from 21.5 million in 2011 to 151 million in 2019. In Turkey, there have been 170 thousand subscribers since 2016 and approximately 75 thousand of these subscribers are still active members.

When it comes to Blu TV, even if it is not possible to give the exact numbers, more than 1.5 million people have subscribed to this platform since 2016 according to the statements of the CEO. Thus, since these platforms are quite popular among the masses, the content of these platforms have been questioned by some circles.

There has been a worldwide discussion that Netflix promotes homosexuality by adding high number of LGBTQ characters to its movies and TV series.

The main concern of the defenders of latest regulation is the notion that this platform promotes morally objectionable content. There has been a worldwide discussion that Netflix promotes homosexuality by adding high number of LGBTQ characters to its movies and TV series. Furthermore, because Netflix marks some of the programs with sexual content as “they are appropriate for general audiences”, parents question editorial policy of the company.

Nonetheless, the opponents of this regulation perceive it as a challenge to their freedom to watch any kind of movie or TV show, at any time, by paying its subscription price. A 27-year -old male subscriber of Blu TV and Netflix states “every month, I pay the price to these platforms to watch whatever I want. If RTUK interferes with them, I will not pay for them anymore”.

The opponents also claim that there has never been any state intervention into these platforms before. Nevertheless, Netflix itself has changed its content on a couple of occasions with formal applications from specific countries. For instance, Netflix removed an episode of the “Patriot Act” discussing the murder of journalist Jamal Khashoggi from its service in Saudi Arabia.

At the end of the day, it is important to strike the right balance between freedom and public regulation. Since it is obvious that digital media platforms also need to be regulated, keeping this balance may also improve the quality of digital media content presented to the society.