Turkey's Presidential System: Is the CHP For or Against It?

Since the CHP realized the advantages that the new system brings for the main opposition party, its direction of criticism towards the system shifted. 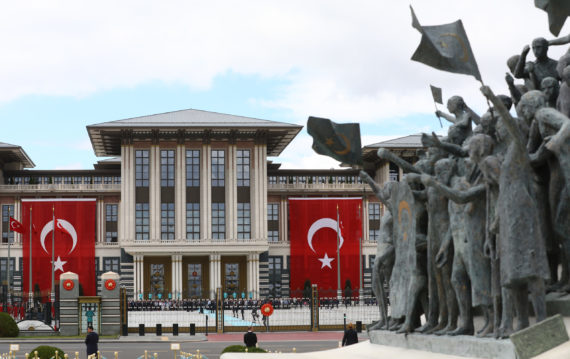 A year has passed since Turkey switched from a parliamentary system to a presidential form of governance. Turkey’s new presidential system had been a hot topic of discussion for politicians, especially last year. Pro and anti-presidential system camps discussed the issue within certain parameters in accordance with their political calculations and ideology. Nevertheless, the lack of knowledge in the discussions shows that there is still a further need of understanding the main characteristics of the Turkish version of the presidential system.

Does the system provide division of power in practice? How does Turkish bureaucracy accord to the new presidential system? There is a need of thinking outside of the box to find clear answers.

Due to this, there is still a failure in understanding the strengths and weaknesses of the system. Does the system provide division of power in practice? Is there an efficient check and balances system in the new structure? How does Turkish bureaucracy accord to the new presidential system? There is a need of thinking outside of the box in order to find clear answers to these questions.

President Erdogan recently stated that if there is a lack in the new government system, it will be corrected in time. Nonetheless, since most political parties approach this issue from a rigid angle, there is no chance to create a joint platform in order to discuss the strengths and weaknesses of the system from a more broad perspective.

Moreover, recent political incidents created new ruptures in the ideological stance and discourse of political parties against the new system. For instance, after the March 31 local elections, the CHP’s perception towards the system significantly changed, as it enabled the party to form pre-electoral alliances with other political parties. As a result of this opportunity, the CHP maximized its gains in the election. This was a click moment for the CHP to utilize 50 percent +1 vote prerequisite in Turkey’s presidential system. With this, the CHP managed to form an alliance with the Iyi Party and HDP in Istanbul, Ankara, and Antalya.

Recent political developments in Turkey created an environment, in which political parties now revise their approaches to the presidential system.

Since the CHP realized the advantages that the new system brings for the main opposition party, its direction of criticism towards the system shifted. Kemal Kilicdaroglu- CHP Chairman- recently declared that they were also aware of the shortcomings of Turkey’s old parliamentary system and that they never supported it. Kilicdaroglu also claimed that they were supporting a well-established presidential system, like the one in the U.S.

Overall, it should always be kept in mind that most political parties in Turkey may reserve their positions under the new circumstances –even if they have a sharp ideological stance. The latest discussions on Turkey’s presidential system has shown this fact once again. Nonetheless, it is still not easy to guess the future positions of political parties in the upcoming years.