In order to ramp up production based on the use of national resources, thus diversify domestically produced technologies and goods, Turkey has to strengthen and support her defense industry. 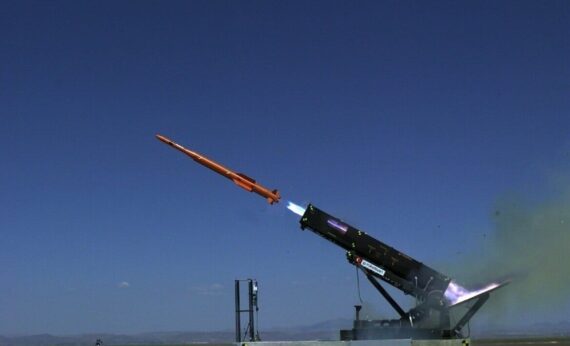 During the Cold War era, under the security umbrella of the U.S. specifically and NATO in general, Turkey followed a defense strategy in order to fulfill her defense and security needs in relation to the elimination of threats defined rather statically. Some specific changes in the nature, origin, speed of spread, feature, identity and scope of the threats were observed due to the impact of a newly-emerged security environment in the post-Cold War era. In the period following, the ‘security paradigm’ that Turkey previously had along the axis of the threat perception shaped by the Cold War and in terms of the strategies imposed by conjectural conditions has evolved into a ‘security vulnerability’.

The awareness about this transformation has increased more in the period following the early years of the post-Cold War – in particular since the early 2000s. Turkey was compelled to rethink her national security and defense strategy in the upcoming period by several factors introduced by the emerging threats and transformation of Turkey’s strategic landscape. In other words, the leading dynamics to be highlighted behind Turkey’s leap-forward are numerous threats caused by the geopolitical chaos on a regional scale and the quest to boost her own emerging power profile. To summarize, the emergence of new kinds of threats and the need to develop the country’s defense capability to the maximum level against both conventional and WMD warhead ballistic missiles through her own means, have played a determining role in Turkey’s tendency towards developing her own national missile defense system.

Besides, one of the most valid factors why Turkey urgently has to possess her own precautions against any kind of threat is obviously her neighbors and their capabilities with regards to ballistic and cruise missiles. That is to say, Syria’s, Iran’s and Russia’s missiles, which may launch either from their borders or indeed from deeper into their territories, would be capable of reaching the most strategic points of Turkey. In addition, Turkey has many vulnerable targets: industrial zones (like Gebze), bridges (on the Bosporus), dams (especially in southeastern region), highly populated cities (İstanbul, İzmir, Ankara), seaports (İzmir, İstanbul, etc.), petrochemical and storage facilities (Aliağa, Gebze, Yumurtalık), no need to list the many other well-known military bases, factories, facilities, airbases, supplies and locations.

All in all, it is a clear fact that Turkey’s territorial depth displays a disadvantageous defense position and as a result, she urgently requires a comprehensive missile defense system covering the wide geographical areas of her homeland and without doubt, Turkey must unconditionally take urgent and active measures against the threats of attack by ballistic and cruise missiles of varying ranges and with the capability of maneuverability to avoid air defenses, not to mention the ability to carry conventional and WMD warheads. It is an undeniable and unavoidable fact that Turkey is surrounded by strategic and tactical ballistic missile depots and is under a significant potential threat.

To outline Turkey’s capabilities of missile defense since the Cold War era; as an ally of NATO and depending on the capabilities of the Alliance, Turkey hosted NIKE Hercules missile systems. After the retirement of NIKE Hercules, Turkey was in possession of IHAWK missiles. Thereafter, in the 2000’s a project entitled “Turkish Long-Range Air and Missile Defense System (T-LORAMIDS)” was enhanced in response to the aforementioned security questions. At the “Defense Industry Executive Committee (DIEC)” meeting on June 30, 2006, the launch of T-LORAMIDS project was decided; preparations were started for the feasibility and invitation to tender documents in the same year. Through foreign direct procurement, firms from the U.S., France-Italy Partnership (the European Consortium), and Russia and China participated in the T-LORAMIDS tender.

Following the DIEC’s meeting on September 26, 2013, the DIEC announced that China was top in the ranking of the bidding process and requested the three other bidders to extend the bidding periods, due on October 31, 2013, to January 31, 2014 and update their offers. However; although the Defense Industry Executive Committee cancelled the entire tendering process for T-LORAMIDS on 13 November 2015 with a final decision, the project was not canceled; rather the approach was changed to meet the goals, so still committing to the aim of the project constitutes a crucial parameter for the nationalization and modernization of the defense industry policy of Turkey.

Following the aforementioned process of strengthening of Turkish air defense system, Syria, one of the main sources of neighboring threats, has taken much more attention with the latest developments. For instance, the concerns on Turkey’s security and defense were emerging when Syrian missiles dropped into Turkish territory. This growing concerns and the increasing threats perceived from Syria led Turkey to call for NATO to deploy Patriot missiles on Turkish territory on November 21, 2012. In response to Turkey’s request, which needed an urgent response, NATO gave an affirmative answer on December 4, 2012, during the NATO Ministers of Foreign Affairs meeting. As part of a NATO mission to provide defense support to Turkey, Germany, the U.S. and the Netherlands provided six Patriot batteries in total for a limited time in the southeastern provinces of Kahramanmaraş, Gaziantep and Adana. Right after Germany’s decision to pull her Patriot batteries back to her homeland, Italian-made SAMP/Ts were deployed in June 2016.

However, even though these attempts were taken in order to strengthen and sustain Turkey’s air defense, critical developments and recent experiences have made it very essential to seriously question whether the reliability and functionality of Patriot batteries deployed on the Turkey-Syria border are at the required level. The answer was, and still is, that the Patriot batteries supplied by NATO allies were not sufficient to meet Turkey’s need for a complete missile defense system.

In addition to foreign aid regarding Turkey’s air defense, Turkey continues to develop domestically produced defense systems. One of the productions that came into service is the HİSAR, a family of multi-purpose advanced technology surface-to-air missile systems being developed by ASELSAN and ROKETSAN, which consists of the Low Altitude Air Defense Missile (HİSAR-A) and the Medium Altitude Air Defense Missile (HİSAR-O) system. HİSAR-O’s first unarmed test was conducted in 2014, in Aksaray. Thereafter on December 3, 2016, the test launch of HİSAR-O was carried out. HİSAR-A, a low-attitude version of the same defense system, initiated in 2011 is expected to be delivered to the Turkish Armed Forces by 2020. However, due to Turkey’s recent difficult experiences in procuring the necessary materials or subcomponents from United Kingdom and more importantly from Germany, the estimated delivery date of HİSAR missiles might be postponed to a later date.

To carry on, another among the significant elements of the ongoing developments in the Turkish defense industry that need to be highlighted are ‘KORKUT’, ‘SERHAT’ and ‘BORA’. To begin, the Self-Propelled Low Altitude Air Defense Gun System KORKUT and its Counter Mortar Radar SERHAT are also both domestically produced systems. Being developed for the effective air defense of mechanized troops and mobile units, the KORKUT system has firing-on-the-move capability with a stabilized and unmanned gun turret. After the first phase ‘KASIRGA’ and the second phase ‘YILDIRIM’, BORA missile system is the third phase of joint missile systems production, which has been accomplished with Chinese cooperation. It is the first national, long range (an operational range of 300 km) and surface to surface missile reflecting Turkey’s transition from defensive to offensive capabilities.

The project BORA was decided between the years of 2006-2008. Afterwards, in 2009, Turkey came to an agreement in cooperation with China on jointly producing a missile system, which was later coined BORA. In this joint-production process, ROKETSAN was the Turkish representative and producer that contributed to the project. Thereafter, first deliveries were made in 2014. The project for the BORA missile system has finally come to light when the project was first revealed publicly on 6 February 2017. Furthermore, at IDEX-2017, which was held from 19 to 23 February 2017 in Abu Dhabi, ROKETSAN released an image of the export version of the short-range ballistic missile ‘BORA’ known as ‘KHAN’.

Recently, Turkey has started to take a different turn for the better in order to consolidate the progress of her air defense system capability. During the Putin-Erdogan meeting held at the Kremlin on March 10, 2017, the leaders also discussed the procurement of Almaz-Antey S-400 “Triumf” which is a powerful long-range surface-to-air missile (SAM) system. As stated by high-level officials, Moscow and Ankara are still in the negotiation phase, which is actually a much more intense level and the crucial stage of the acquisition process of Russian S-400s.

While Turkey has already been warned and criticized by other NATO allies about purchasing and using Russian-made S-400 Triumf air missile defense systems, Ankara insistently reminds other members states’ practice of being Russian arms customers in the Alliance. As a latest progress, during a press conference on April 21, 2017, Turkish Minister of Defense, Mr. Fikri Işık, stated that Turkey and Russia have come to a conclusion about the negotiations on the procurement of Russian S-400s even if both Turkish and Russian sides have many processes and procedures which need to still be completed.

Besides, by addressing Turkey’s need for an air and missile defense system, Mr. Işık recalled Turkey’s final aim to domestically build up a complete system. By saying this, he underlined that Turkey is not only trying to meet her immediate needs by procuring systems such as the Russian-made S-400 Triumf air missile defense system, but she has also been taking many steps to become capable of producing her own systems. Furthermore, Mr. Fikri Işık also drew attention to Turkey’s awareness that it will not be able to integrate S-400s into NATO systems; therefore, he expressed his high expectations from NATO to appreciate this significant step of Turkey.

It must be underlined once again that Ankara’s interest in buying one of the best advanced air and missile defense systems to date, the S-400 Triumf, should not be perceived as a core indicator of Turkey’s abandonment of a major national development project to build-up her own air defense system. Conversely, this ongoing process with Moscow and all other initiatives of Ankara must be regarded as the steps to have an integrated complex layered air and missile defense system, which might be built up by national and foreign firms.

In order to ramp up production based on the use of national resources, thus diversify domestically produced technologies and goods, Turkey has to strengthen and support her defense industry. As well as independently meeting the needs of the Army, this attempt is required not only to just become more capable of countering potential missile threats, but also to enhance military capabilities. As a matter of fact, by calculating her long term goals, interests and objectives, Turkey needs to enhance existing research and development programs while evaluating the future conditions and impact of alternative planning strategies.