The post-2013 process of settlement created a plural political environment conducive to the elaboration of all political options for the solution of the age-long Kurdish issue in a peaceful and democratic way. 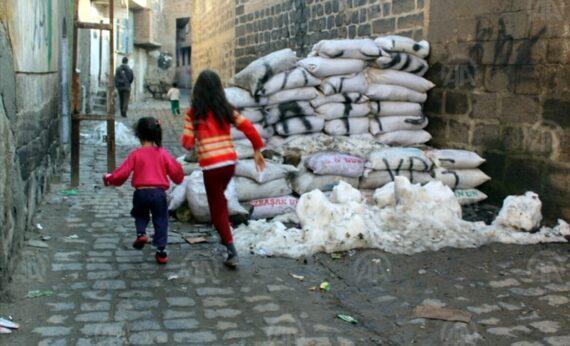 In pre-2013, i.e. in the pre-settlement process  era, the main perspective dominating the Turkish state’s ethnic management strategy was essentially the assimilation of the non-Turk ethnic groups, primarily the Kurds. On the Kurdish side, the main reaction to this policy was sporadic revolts and the assertion of their ethnic identity in political terms.

When the PKK, a Marxist organization with instrumental nationalism, launched a military campaign in 1984 against the Turkish state, a new chapter was opened in the treatment of the issue. The PKK’s declared aim was the creation of an independent Kurdish state. With the broadening of  political space thanks to the efforts of the late President Turgut Ozal, Turkish public opinion dared to use the word “Kurd” in the late 1980s as the name of a legitimate ethnic group living in Turkey, which cleared the way for talking publicly about the issue.

The radical side of the achievement of the Justice and Development Party (JDP) was the creation of a real political space with real political players in the post-2013 settlement process. This was a substantial break from the Republican paradigm that conceived of the matter as an issue of security, economic underdevelopment, and homogenous nation-building. The movement between assimilation and suppression – denial and repression – of the Republican ethnic management pendulum came to an end in real terms for the first time.Framing the issue from the vantage points of the recognition of Kurdish identity by the state and the reconstruction of citizenship with a multicultural glance triggered the settlement process  after 2013. The settlement process was initiated through secret talks held in Oslo between Turkish intelligence and representatives of the Kurdistan Workers’ Party (PKK).

The talks did not reach fruition after they were leaked to the press and multiparty talks ensued between Abdullah Öcalan, the imprisoned PKK leader, and PKK leaders in Kandil who were involved in the process through the mediation of first the Peace and Democracy Party (BDP), and later the Peoples’ Democracy Party (HDP), a legal party with apparent links to the PKK and KCK.The process experienced a peak during the 2013 Newruz festival in Diyarbakır where a message by Öcalan was delivered. The message emphasized the common historical denominators of Turks and Kurds, who are united by their Islamic fraternity, and called on the PKK to withdraw their forces from Turkey, and stay loyal to the ceasefire until a peace agreement is concluded through negotiations.

The practical aspect of the settlement process was to disarm the PKK and to assure its withdrawal from Turkey together with the rehabilitation of PKK militants to secure their return to civil life within the legal framework to be devised in the negotiations.The withdrawal was pledged but never delivered by the PKK on the ground that “arms are a warranty for Kurds,” as spelled out by Leyla Zana, one of the leading political figures of Kurdish nationalism in Turkey.

WorldBy Fahri Yavuz
The theoretical aspect of the settlement process embraced a threefold position.  The first represented “the rights-centered approach” and was based on the notion of political equality between Turks and Kurds as basic to the redefinition of citizenship in constitutional terms. The two other component of this position were intertwined and involved local administrative or political centrifigulism that can be described as local or regional self-rule, expressed in the PKK’s political discourse as “democratic autonomy.”The scope of self-rule can be formulated as a kind of shared sovereignty as seen in federal political structures or as a form of administrative self-rule, a variant of unitary political systems. The third form of centrifigulism may emerge at the regional level that may or may not require the sharing of sovereignty.The post-2013 process of settlement created a plural political environment conducive to the elaboration of all political options for the solution of the age-long Kurdish issue in a peaceful and democratic way. This contributed to the belief in the possibility of the successful resolution of the issue through democratic negotiations in both Turkish and Kurdish popular understanding. Thus, for the first time in Republican history “the Kurds’ right to secede” was uttered loudly and without any legal sanctions by Kurdish nationalist activists and political parties.

During the settlement process, a strategically motivated tactical approach was masterminded by the PKK-HDP side, however. The latter used the time span of the process as an opportunity for the consolidation of their hold on the Kurdish populace as their instrumental support base. The HDP through the political discourse of going beyond an ethnic Kurdish party and becoming a Turkey-wide political formation procured the support of the socialist Turkish left, and increasingly turned into a platform of anti-Erdoğan rhetoric as reflected in the 2014 presidential campaign of Selahattin Demirtaş, the leader of the HDP. The prevailing motto of Demirtaş’s political campaign was “We will not allow you to become president.” This was a kind of demonization of Recep Tayyip Erdoğan, the main political figure thanks to whose political will the Kurdish issue became a clause in the chapter of politics.

The campaign proved to be inconclusive, but powerful enough to sever ties between the “negotiating parties.” Added to this was the IS offensive against the city of Kobani that triggered the arousal of a pan-Kurdish feeling among Kurds. This was again used as an influential step by the PKK-HDP block in order to modulate the process for their sectarian political gains. In the end, when Erdoğan witnessed the political cost of the process, he declared that “there is no negotiation table anymore” and put an end to the process. Ready for a new phase in their military campaign, the PKK, who gained advantage of the process by transferring heavy weaponry and militants into city centers, murdered two police officers in their homes in Suruç in July 2015 and ended the ceasefire. PKK leadership has two new block-partners in this new war: on the one hand, the Russians, the Iranians and the Assad regime through the PKK’s Syrian branch, the PYD,  and, on the other, the military support of the US who saw the PYD as a substitute power for its own soldiers in the field war against IS. Again, all anti-Turkey calculations were masked under the pretext of the war on IS that ended up with generous support delivered to the PKK via the PYD.

On top of all this, the HDP adopted a political discourse during the PKK offensives in cities, namely Diyarbakir, Sur, Cizre, Silopi and Nusaybin, amenable to declaring it PKK’s legal wing. HDP municipalities allow their vehicles to be used by PKK militants to dig the trenches and build barricades in city streets. Thus emerged a non-peace positional equation which came into existence by the maximalist political stance of the PKK-HDP block, and AK Party’s turn to its statist shield nurtured by the age-long survival syndrome shared by the ruling Kemalist establishment in the past.

The dramatic rupture that led to the renewal of the conflict through violent means carried the sides back to their original positions: integration  through assurance of political equality vs some form of shared sovereignty, be it local self-rule, federation, or independence. The conclusion that can be drawn from the experiences of the settlement process is that the solution may lie somewhere in the middle; the implication of which calls for the creation of “a politically space” in the form of a negotiation space, not one of political opportunism. What is obvious is that an enduring solution is possible only with the support and will of the AK Party, and it is not possible if the PKK-HDP block opposes it. It is the AK Party that holds the capacity to introduce political, legal and economic standards, and it is the PKK-HDP block that may contribute to the process by not resorting to violence.