Since 2015, the PKK has been responsible for the deaths of more than 1,200 Turkish security personnel and civilians, including a number of women and children. 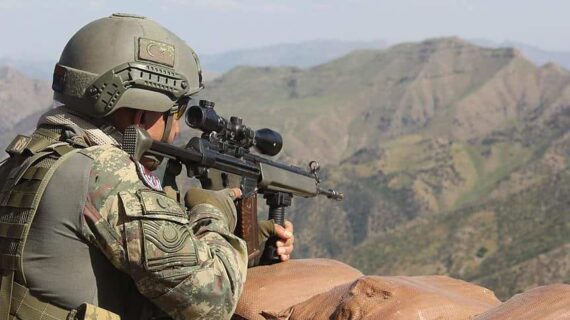 The Turkish government is continuing with its fight against terrorist organizations that operate in Turkey and within the wider Middle East.

Following the failed coup attempt last year, the AK Party administration has maintained its determination to fight against the Fetullah Terrorist Organization (FETO).

The terrorist organization has not only infiltrated Turkish state institutions, but also has wings abroad, predominantly in Africa and countries like Germany. Overseas actors have been of great finance facilitators.

While hundreds have been suspended from their governmental positions, police sources confirmed on Monday that at least 58 soldiers of the Turkish Armed Forces have been arrested in counter-terrorism operations across Turkey, for alleged links to FETO.

The arrests came following warrants that were issued last Thursday by the Chief Public Prosecutor’s Office in central Konya. Konya police had ordered the launch of operations in 31 provinces.

Apart from FETO, the fight against Daesh within and outside Turkey’s borders also continues.

According to Anadolu Agency, in Erzurum, 22 suspects, including senior members of Daesh, were arrested as part of the investigation conducted by the Erzurum Chief Public Prosecutor’s Office against the terrorist group.

It has also been reported that teams from the police counter-terrorism branch carried out operations against members reportedly linked to Daesh in central Yakutiye, Palandoken and Azizye districts.

In addition to Erzurum, 39 suspects were also arrested during operations carried out in Bursa.

Suspects included two Azerbaijani and 28 Syrians, while eight of them have been reported to be “under age.”

Over 319 people have lost their lives in Daesh attacks in Turkey, where the terrorist organization has targeted civilians in suicide bombs, rocket and gun attacks.

According to a statement issued by the Interior Ministry on Monday, Turkish security forces killed, captured or detained 44 PKK terrorists last week in nationwide operations.

Nineteen PKK terrorists were killed, 12 others were captured and 13 more surrendered to the security forces.

The PKK, which is listed as a terrorist organization by Turkey, the U.S. and the European Union, resumed its armed campaign against Turkey in July 2015.

Since then, it has been responsible for the deaths of more than 1,200 Turkish security personnel and civilians, including a number of women and children.