Turkish FM answers on whether Turkey will work with Assad

Speaking at the 18th Doha Forum in Qatar yesterday, Cavusoglu responded to a question on whether or not Turkey will accept a Syria with Assad in the future. The FM said, “What we are trying to do at the moment is work for a creation of a constitution for Syria by the Syrians.” 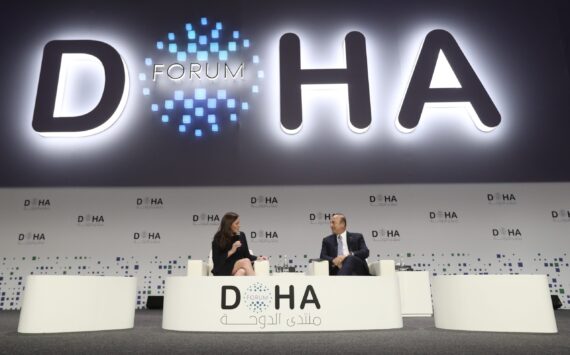 Speaking at the 18th Doha Forum in Qatar yesterday, Cavusoglu responded to a question on whether or not Turkey will accept a Syria with Assad in the future. The FM said, “What we are trying to do at the moment is work for a creation of a constitution for Syria by the Syrians.”

Cavusoglu emphasized the importance of preparing for democratic elections in Syria and stated, “This process needs to be conducted under the umbrella of the UN. Everybody should have their rights. It should embrace both those Syrians inside and outside Syria, who are currently living in my country and other countries as refugees. Credible, transparent and democratic elections should be done. After this kind of an election Syrians should decide who will govern their country.”

Answering a question posed by the moderator, CNBC correspondent Hadley Gamble, as to whether or not Turkey will work with Assad if he is elected in those elections, Cavusoglu said, “If there will be democratic and credible elections, in that case everybody needs to consider this (possibility).”

Gamble also asked whether or not any new step of the U.S. President in Syria will change Turkey’s position, to which Cavusoglu responded, “I believe President Trump is thinking to leave Syria once again.”

Regarding the meeting of guarantor states at the minister level in Geneva next week, Cavusoglu announced, “We are working to announce that we have agreed on the constitution committee next week in Geneva. There are some issues regarding the list of NGOs. The (Syrian) regime demands a two-third majority, Turkey and the United Nations are against this. Therefore, we are working (on it).”

Cavusoglu remarked that they are striving for an authentic agreement to be executed and said, “We intend to go to Geneva to announce that the constitution committee has been completed and meet again probably at the end of this year or the beginning of next year.”

Apart from the issues in Syria, Cavusoglu was also directed a question about the extradition of Fetullah Gulen, the FETO leader. “In Argentina, Trump told Erdogan they were working on extraditing Gulen and other people… I have recently seen a credible probe by the FBI on how the Gulen organization avoids taxes.”

Reuters reported yesterday that the FBI declined to comment on “whether the law enforcement agency was investigating individuals or entities with ties to Gulen for tax evasion.”

Finally, commenting on the possible military operation to be launched by Turkey on the YPG/PKK in north Syria, Cavusoglu said, “We will not risk the lives of American soldiers. Our goal, like the operation in Afrin and Operation Euphrates Shield, is the YPG/PKK… Are Americans guardians of the PKK? They should not be. This is the problem. Why did they provide so much weaponry (to the YPG/PKK)?”