Turkish police are currently searching outside Istanbul and the coastal city Yalova for the remains of Khashoggi. Authorities have tracked the routes of the cars that left the Saudi Consulate on the day of Khashoggi’s disappearance. 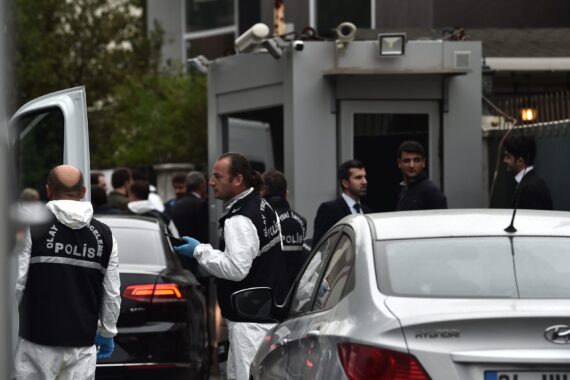 There is a lot of speculations and allegations being made in the media about the disappearance of Saudi journalist Jamal Khashoggi.

Two things seem clear for the time being: Jamal Khashoggi was brutally murdered in the Saudi consulate in Istanbul, and this was done by a hit squad from Saudi Arabia.

Over the last couple of days various information was leaked to the press, including the fact that as the act of killing Khashoggi took place, not only was the Saudi General Consul Mohammad al-Otaibi in the room but the members of the hit squad listened to music as Khashoggi was murdered.

According to various news reports, Khashoggi’s Apple Watch had recorded the event and updated his iCloud. There is a belief that the Turkish authorities have this sound recording.

After U.S. Secretary of State Mike Pompeo’s visit to Saudi Arabia and then Turkey, the media speculated that Pompeo was given a copy of this sound recording. However, this was denied by both the Turkish Foreign Minister and by U.S. State Dept Spokesperson Heather Nauert, who stated, “Secretary Pompeo has neither heard a tape nor has he seen a transcript related to Jamal Khashoggi’s disappearance.”

While it is generally accepted that the Saudi establishment are responsible for Khashoggi’s death, according to the New York Times, American intelligence officials are increasingly convinced that Crown Prince Mohammed bin Salman is culpable in the killing of the journalist.

New York Times confirmed the identity of Mutreb among the Saudi hit squad at the Istanbul Consulate. Mutreb was a diplomat in London in 2007, and travel extensively with the Crown Prince.

Turkish newspaper Sabah also illustrated that he was the lead of the special hit squad that came to Istanbul from Saudi Arabia.

The most recent developments in the Khashoggi case however are that Turkish police are currently searching outside Istanbul and the coastal city Yalova for the remains of Khashoggi. Authorities have tracked the routes of the cars that left the Saudi Consulate on the day of Khashoggi’s disappearance.

The Turkish Foreign Minister has said that once the investigation on Khashoggi is complete, Turkey will transparently share the information with the world, and will not handpick the countries in which it shares the relevant information.

European Union member states, including France, Germany, UK and the Netherlands have all suspended political visits to Saudi Arabia until Khashoggi’s disappearance is clarified.

Many other companies – including Google – have announced that they will not be attending the Future Investment Initiative Summit to be held in Riyadh starting on 23 October.