Since it came into force in 1999, the Ottawa Treaty, which outlaws anti-personnel mines, have been ratified or acceded by 163 countries. 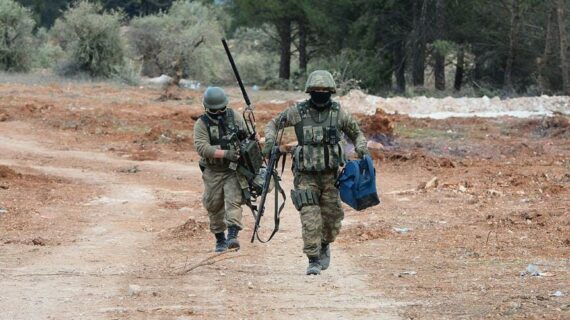 Many anti-personnel landmines, which are banned by the Ottawa Treaty, have been found in areas liberated from terrorists during the Turkish Armed Forces’ ongoing operation in Syria’s Afrin region.

On January 20, 2018, Turkey launched Operation Olive Branch in order to clear the PYD/PKK and Daesh terrorists from Afrin, northwestern Syria.

Since then, many different types of arms, ammunition, tools and materials have been seized.

Several anti-personnel landmines were also found in areas cleared of terrorists between Sunday and Monday.

Since it came into force in 1999, the Ottawa Treaty, which outlaws anti-personnel mines, have been ratified or acceded by 163 countries.

The mines, which are difficult to detect, pose a threat to civilians living in the region.

During Operation Olive Branch, many shelters, hideouts and concrete sites, abandoned by the PKK/YPG and Daesh terrorists, have also been seized.

The shelters were found under trees, which were knowingly planted there in order to prevent detection of their locations by unmanned aerial vehicles. The entrance of the shelters were also covered by nylon canvas for camouflage.

Go to Top
Also Read
F-16Vs Instead of F-35s: What’s behind Turkey’s Request?