Türkiye Scholarships and the Scope of Turkish Diplomacy

Türkiye Scholarships will eventually become the most important diplomacy tool of Turkey to widen its scope of influence and soft power in countries that it attracts students from. 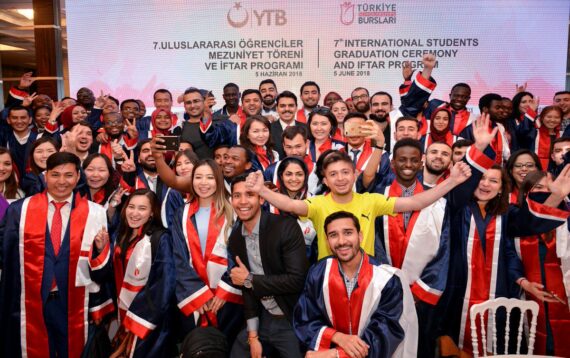 More concrete steps began to be taken with the efficient implementation of the scholarship program, which began to expand from Turkic republics to other regions. With the establishment of the Presidency for Turks Abroad and Related Communities (YTB) in 2010 and the structure that the scholarship program reached, competition with other contemporary initiatives became inevitable.

The first of these steps was to restructure all higher education scholarships under the name of “Türkiye Scholarships” in 2012. As part of Turkey’s changing foreign policy vision, a multidimensional beneficiary student policy was put into effect. Online applications were implemented, promotion campaigns were realized and the extent of the scholarship was expanded to attract more inclusive and qualified masses. Within the scope of this policy, scholarships were extended towards related communities in Central Asia and the Balkans, and Middle Eastern countries with strong religious and cultural ties. Turkey also began to focus on South America and Africa as a consequence of the developing relations with the two continents. While only 10% of the annual beneficiary students were from Africa before 2012, this figure now stands at more than 25%.

For this kind of program to transform into a utility that would support long-term policies, it is important to make it a brand in Turkey and abroad. In this respect, it could be asserted that Türkiye Scholarships is accepted by respondent institutions to a certain extent. However, time is needed for public institutions to truly adopt this program with its vision and strategy. When evaluated thoroughly, it can be observed that the scholarship program requires development and more recognition within the domestic Turkish polity. In order to address this issue, promoting the program and its achievements domestically is a must.

As part of Turkey’s changing foreign policy vision, a multidimensional beneficiary student policy was put into effect. Online applications were implemented, promotion campaigns were realized and the extent of the scholarship was expanded to attract more inclusive and qualified masses

Meanwhile, it can be stated that the program is recognized and closely observed by the official authorities of countries. In the past 6 years, strides were made in terms of becoming a brand through institutional identity. This was achieved by the increased program applications and amenities provided to students. The most important step of becoming a brand will be through the alumni of Türkiye Scholarships. 1000 alumni of Turkish universities who graduated with provided scholarships gathered at the “Turkey Again: Alumni Meeting” event held on 25 November, 2017, in Istanbul. This was an important promotional activity that showcased the amenities of Turkey in terms of scholarship and education. Alumni meetings across 30 different countries are expected to carry great weight as they are Turkey’s most profound initiative in the field of public diplomacy.

The most essential vision of Türkiye Scholarships is to provide scholarships to international students in order for these students to fulfill the human resources need of their home countries. It is observed that beneficiary students who graduated from Turkish educational institutions are also employed by Turkey’s public and private enterprises abroad. These very students have been employed by Turkey’s Ministry of Foreign Affairs, the Turkish Cooperation and Coordination Agency, Maarif Foundation, Turkish Airlines, and Anadolu Agency, as an achievement for the country. The alumni make important contributions to both their own countries and Turkey by working for Turkish firms abroad.

Along with the brand of Türkiye Scholarships, reconnecting with international alumni and efforts to strengthen their ties with Turkey have taken place in recent years with the initiatives of YTB. Alumni attempts to form associations along with meetings that allow them to come together with Turkish institutions will create a new dimension in Turkey’s soft power.

Türkiye Scholarships have also created significant mobility within civil society. Cooperation with NGOs were achieved to provide academic support along with cultural and social guidance for beneficiary students and this led to the establishment of associations related to international students in many cities. While these associations will increase student awareness in many cities, they will also allow for international students to learn about Turkey, Turkish society, and culture, along with strengthening their ties with the country.

The most essential vision of Türkiye Scholarships is to provide scholarships to international students in order for these students to fulfill the human resources need of their home countries.

In terms of quantity, it can be observed that there is an increasing indirect interest towards Turkey via the scholarship program. There has also been in an increase in the number of international students studying in Turkey with their own means. Those who applied but were unable to benefit from the scholarships, approximately 100,000, still choose Turkey as a study location and usually come with the financial support of their families.

The academic benefits of attracting the greatest minds to Turkish universities through Türkiye Scholarships is one of the most prominent aspects of the program. These students enrich Turkey’s academic accumulation in terms of university environment, regional studies, international publications, comparative thesis, or theses on their own countries. Moreover, academics also become more experienced in different regions and countries through their joint researches with international students. It is now possible for visiting academics within the scope of Türkiye Scholarships to conduct joint research in various fields with Turkish academics. Articles written by these students are also published in international publications. There is no doubt that their academic endeavors and efforts lead to becoming more visible internationally.

Türkiye Scholarships will eventually become the most important diplomacy tool of Turkey to widen its scope of influence and soft power in countries that it attracts students from.

Murat Kazanci graduated from the Middle East Technical University Department of History in 2005 and completed his MA at the University of Exeter in 2013. Kazanci worked at the Minister of Culture and Tourism until 2010. Since then he has been working at the Presidency for Turks Abroad and Related Communities.