TUSIAD's projections for the Turkish economy in 2019

Erol Bilecik – head of the Turkish Industry and Business Association (TUSIAD) – spoke to Anadolu Agency yesterday and stated that the agreement on the minimum wage, announced by the Minister of Labour on Tuesday, is a positive development for the Turkish economy and the business world. 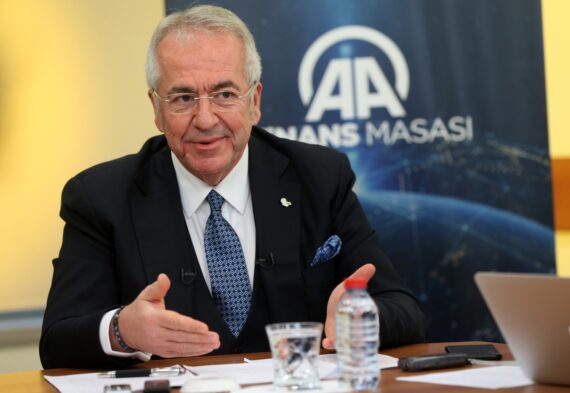 Head of TUSIAD, Erol Bilecik, stated that 2018 has been a year of economic turbulences with uncertainties both in domestic and global terms. However, Bilecik added that the sincere efforts of the Minister of Treasury and Finance & his team are appreciated by the business world.

“Bringing the economy back to its heydays is a process of patience. In this regard, as the business world, we want to thank the Minister of Treasury and Finance and his team for both their communication style and sincere efforts. We are aware that this process requires patience. From now on, rapid decisions need to be taken. We cannot change the past, and in order to look to the future, we are closing a year from which we have learned important lessons. 2018 has been a difficult year but we have high expectations for 2019.”

Bilecek stated that the business world is pleased with the support provided by the government and added that the 26% increase in minimum wage, which now stands at 2,020 Turkish Lira, is a very positive development. He continued, “This amount is above the inflation rate, but is it enough? Indeed, it is not enough, but (incentives) are an important contribution to healing damages.”

Answering a question regarding the state incentives to employers, Bilecik highlighted that the business world is happy with the incentives and measures that have been applied by the government. He remarked that with these measures and incentives, the turbulence that has been shaking the economy since August 2018, is being eliminated.

With regard to inflation, Bilecik underlined that positive steps have been taken in the application of tight monetary policies and emphasized that these steps need to be sustained in 2019.

Highlighting the importance of foreign investment, the TUSIAD chair stated that the most important aspect of FI is for this investment to be long-term.

Adding that he has positive expectations for Turkey in 2019, Bilecik stated, “We have enough time ahead of us to solve the problems. We have a saying ‘time is money,’ and therefore we need to utilize this time It is very important to maintain a sustainable growth rate in 2019. And I think we will catch this trend.”

In order to reach the economic growth Turkey desires, Bilecik once again underlined the importance of tight monetary policies, financial discipline, and the fight against inflation. He added that the new government system is very successful in following these policies.