Last month, two developments that are of vital importance for Palestinian politics occurred. First, the Hamas movement released its much-anticipated new political document, which employs a new strategy with regard to both the international community and the Fatah movement; and second Khaled Mashaal, who was assigned as Hamas' political bureau chief in 1996, announced on May 6 that he quit his office and Ismail Haniyeh would replace him. 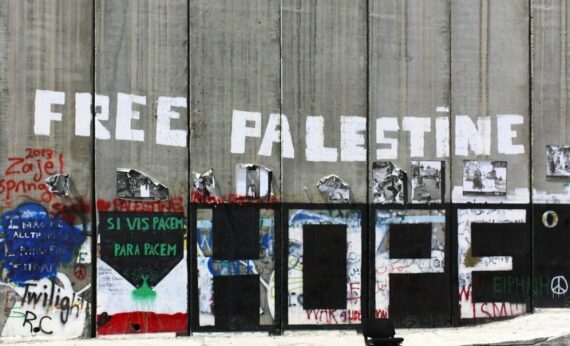 Last month, two developments that are of vital importance for Palestinian politics occurred. The Hamas movement, which is one of the leading actors in Palestine’s fight with Israel, released its much-anticipated new political document after working on it for a long time. The new political document, which employs a new strategy with regard to both the international community and the Fatah movement, was released in early May by the Hamas leadership. The second development that occurred in conjunction with this is the change of duty in Hamas leadership. Khaled Mashaal, who was assigned as Hamas’ political bureau chief in 1996, announced on May 6 that he quit his office and Ismail Haniyeh would replace him. The change of leadership and the new political document undoubtedly denote upcoming changes in the movement’s policies. Some articles included in the new document led to interpretations that Hamas adopted new approaches in some of its policies.

The Hamas leadership had to determine a new strategy in the face of the exclusionist policy of Fatah and the recent pressure of many regional and international agents. Therefore, some commentators on the new political document suggested that Hamas took a step back in some of its policies. Consisting of 42 articles, the new political document shows a continuation with the previous documents in terms of the general principles of Hamas; however, new approaches have been adopted, particularly in three aspects.

The first change is the clear expression of Hamas’ recognition of the establishment of a Palestinian state within the borders determined in 1967. Although this new approach of Hamas does not necessarily mean that the Zionist Israeli state is officially recognized, relying on the 1967 lines in the text indicates an acceptance of the establishment of an independent Israeli state.

Another prominent aspect stated in the document is that the fight against the displacement of Palestinian refugees will continue and the placement of Palestinians in any other region than their own country will be strictly objected to. This statement also responds to the recent news reports alleging that Palestinians might move to a new residential area that will be formed in the Sinai specifically for Palestinians with a possible agreement between Israel and Egypt.

The second aspect catching the attention in the document is the emphasis that Hamas’ anti-Israel resistance is not against the Jewish people but the establishment of the Israeli state, which has a Zionist ideology. Stressing that the peaceful coexistence of different faiths is one of the principles of Islam, the document also underscores that Hamas’ resistance is not against the Jewish people but Zionism. Hamas explicitly describes this approach in order to make clear to the international community that the movement does not have radical motivations and struggles solely in the political realm.

Another important aspect in the document is that the movement, which previously defined itself as an offshoot of the Muslim Brotherhood, has adopted a discourse indicating that the previous situation has changed. Hamas defines itself as “a Palestinian Islamic national liberation and resistance movement whose goal is to liberate Palestine and confront the Zionist project and whose frame of reference is Islam, which determines its principles, objectives and means.”

Hamas particularly highlights in the new document that it is not an offshoot of the Muslim Brotherhood in order to prevent possible pressure by countries such as Egypt, Saudi Arabia, and the United Arab Emirates, who recognize the Brotherhood as a terrorist group. However, it cannot be said that the movement has completely cut off its ties with the Muslim Brotherhood. In a statement he issued, Khaled Mashaal confirmed that Hamas is a movement that comes from the Brotherhood’s school of thought.

As these three new approaches are considered, it can be argued that Hamas adopted a new and revised policy due to changing regional dynamics and global political developments. With its new political document, Hamas can be said to have taken a step back in its resistance struggle when compared to the previous years. In other words, in Gaza, where both civilian and military losses led to great damage, the Hamas leadership had to put an emphasis on political resolution by pushing armed resistance into the background.

Various factors effecting this choice include Israel’s stronger position in regional policies with the election of Donald Trump as the U.S. president, the growth of economic problems in the presence of the ongoing embargo of Tel Aviv, Qatar and Saudi Arabia’s push on Hamas for a political reconciliation, and the recognition of the Muslim Brotherhood as a terrorist group by some regional countries following the military coup in Egypt.

Quest for Legitimacy in International Arena

Some of the reasons for Hamas’ strategy shift are more specific. By stepping back on the three issues mentioned above, Hamas aims to gain legitimacy in the eyes of regional and global actors as part of its struggle for Palestine. After winning the elections held in Gaza in 2006, the Hamas administration was subjected to international isolation, in a campaign led by Israel. The large-scale military attacks Tel Aviv organized against Gaza, the exacerbation of the effects of the blockade in the strip over time, and the failure to make progress in the political fight against Israel obliged Hamas, whose future role started to be questioned by the Palestinian public, to create a new political vision.

It can be said that Hamas started to reshape its political approach quite a while ago. In this framework, particularly in 2016, the movement attempted to normalize its relations with the Sisi regime in Egypt, which came to power by overthrowing the Morsi government through a military coup, and accomplished this to a certain extent. Hamas was inclined to such a policy since the occasional opening of Gaza’s Rafah border crossing, the only remaining gateway in Gaza to the outside world due to Israel’s blockade, was dependent on the normalization of relations with the Sisi regime. In the aftermath of the coup, the Sisi regime closed the Rafah crossing, increased its military operations in the region where a state of emergency was declared, and kicked off a major campaign to close the tunnels going from Gaza to Egypt. All these developments forced Hamas to come to terms with the Sisi administration.

One of the goals of Hamas’ new political document is to underline that it adopts a more moderate tone, which will enable the recognition of Hamas as an agent favoring peace and negotiation in its fight for Palestine. The latest tensions Hamas has had with Fatah, the main agent of the Palestine fight, also played a role in this approach of Hamas. Disturbed by the emergence of Hamas as a political agent, the Fatah leadership criticized the movement’s new political document.

It must be noted that Hamas’ new political document will apparently influence politics in the Middle East. Responding to the new document by throwing it into the trash in a video he released, Benjamin Netanyahu showed his anxiety with regard to the possibility of Hamas’ emergence as a legitimate actor in its fight for Palestine.

Hamas, which inflicted serious casualties on the Israeli army in the atrocious operations against Gaza, has an opportunity to become a more legitimate actor in the international community thanks to its strategy of underlining political dialogue. Consequently, since Israel’s possible military intervention will stir more reaction, Tel Aviv is to face a deterrent factor. The new political document will also strengthen actors such as Turkey and Qatar who favor Hamas. Defending Hamas in many platforms, Ankara and Doha will be able to act more confidently in their support for Hamas if the movement prioritizes political dialogue and avoids violence.