Following the momentum of economic and political liberalization in Turkey, and as the realm of politics gained relative autonomy from the state, it became apparent that the secular-nationalist identity was insufficient to bring society into unity. 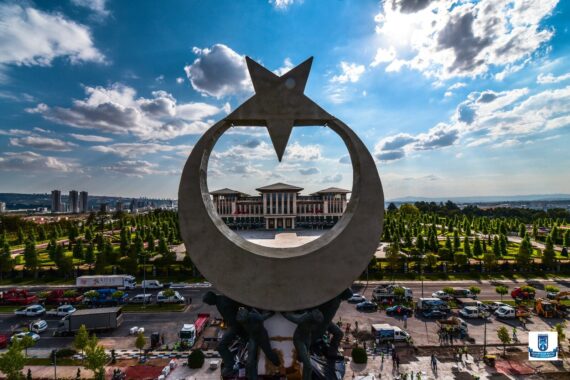 From left to right all political actors in Turkey concede that Turkish politics has recently entered into a post-Kemalist era. Indeed, Kemalism, which was once the official ideology and ruling force, has gradually lost its political appeal and central place in the country’s political life in recent years. This has come after a series of developments in domestic, regional and international realms. These developments have led to a historical structural transformation in Turkish politics. Yet what were those structures and how did they collapse?

Kemalist politics can be summed up by three overlapping ideals. First of all, in internal politics it sought to bring Turkish society together around a secular-nationalist identity. Since the state was to a large extent controlling the realm of politics, this attempt of unifying society was not a result of political struggles, which is a quintessential character of a democratic regime, but rather a product of a top-down imposition on society. This reveals that Kemalist rule substantially portrayed an authoritarian character.

Secondly, in its region, Kemalism supported the Westphalian-type regional order, which was formed after the collapse of the Ottoman imperial system. It principally embraced this anarchic system based on equal and autonomous sovereign units. Yet this was escorted with the strategy of estrangement. From an international realpolitik perspective, this highly idealist and ideological strategy was based on alienating the state from its vicinity in order to sustain the Kemalist regime in domestic politics.

Thirdly, on the international level, Kemalism backed a western-dominated international order. This strategy was, too, not based on an international realpolitik calculation but rather in line with protecting the Kemalist regime in domestic politics. This idealist foreign policy faced a series of periodical bottlenecks when two goals of sustaining physical survival and ideological security did not perfectly overlap. During those times, maintaining Kemalist identity posed a threat to the Turkish state’s physical security. The Cyprus crisis of the 1960s and the 1970s was a perfect example of this dilemma in Kemalist foreign policy.

The crisis of Kemalist hegemony

These inherent contradictions within Kemalist hegemony finally drove it to an organic crisis in the 1990s. Following the momentum of economic and political liberalization in Turkey, and as the realm of politics gained relative autonomy from the state, it became apparent that the secular-nationalist identity was insufficient to bring society into unity. This situation opened room for alternative voices in politics. It gave the opportunity to new political actors with competing political projects to emerge and challenge the established order. Since then, the conservatives and the Kurdish nationalists have become visible and very powerful in the country’s political life.

Combined with these internal challenges and regional developments such as the Gulf War, Turkey’s foreign policy towards its vicinity, which was shaped by the strategy of estrangement, ceased to work. The rise of conservativism and Kurdish nationalism opened up new visions in foreign policy making. Turkey was thus forced to engage in its region.

At the international level, the collapse of the Soviet Union and rising criticism towards the country’s democratic performance by the European Union led Turkey to re-define its international position. This search for a new subjectivity approach comprised of looking for an alternative alliance system to the West in order to resuscitate Turkey’s historical position shaped by the Ottoman past.

After all, the existing political order came to the brink of total collapse in the late 1990s as the political unity provided for so long by Kemalism passed into a process of dissolving. This emergent structural vacuum called for new political actors to step in and take responsibility for ruling the state. The AK Party’s quick rise was largely due to this political conjecture. The AK Party’s fifteen-years reign has achieved a radical break from the Kemalist past. It has radicalized Kemalism’s organic crisis in order to embark on providing a new political order, or the so-called “new Turkey.”