The EU severely depends on Turkey, as it did regarding the Aegean Sea, in the subjects of the prevention of illegal crossings, interference with criminalization and the halt of migrant deaths in the Black Sea. For this reason, the EU may need to re-knock on Turkey’s door once again. 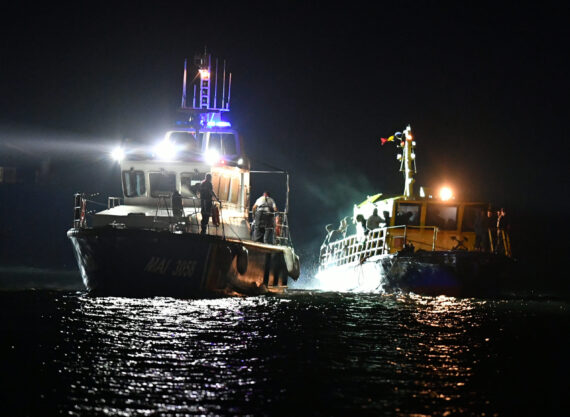 In recent years, the influx of immigrants to Europe has created a serious crisis, culminating to one of the leading subjects on the European agenda. In 2015, the year that the crisis deepened, over 1 million migrants reached European shores through the Mediterranean and Aegean seas. Yet, the agreement signed between the European Union and Turkey was the turning point of this issue. It is due to this agreement that there has been a significant decline in the number of illegal immigrants who have reached EU member states through the Aegean. Highly constrained by this agreement signed by the EU and Ankara for forestalling migration movements via the Aegean Sea, human smugglers finally directed a new route to European borders. Thus, the worth of the Black Sea as sharply increased in the eyes of smugglers. On the other hand however, the Black Sea is far more dangerous than the Aegean, due to brutal storms and choppy waters. This is why ancient people defined it as “Axenus,” meaning “the Inhospitable.” Yet, this inhospitable sea, today, has uninvited guests: illegal migrants.

Is the Black Sea a new route?

Migrants who reached the Romanian and Bulgarian shores through the Black Sea were a topical issue in August and September 2017, when around 500 migrants had disembarked on Romanian coasts after their toilsome and long journeys at sea. In September that year, Suleyman Soylu, Turkey’s Minister of the Interior, described this event as ‘suspicious’ and the existence of migrant boats in the Black Sea as an incident that has not occurred before. European media outlets also announced this passing as ‘people smugglers test new migrant route’ or what can be described as an ‘alternative route.’ In fact, this route was active during the Soviet era, for plying illicit goods. After the long silence, this route resurrected again by human smugglers. However, these journeys were not the first in their kind. Between 2014 and 2016, Romanian and Bulgarian authorities detected some 500 migrants that set foot on their shores.

While EU officials were expected to take action on this issue after reaching 2-year figures in the space of two months, they chose to ignore. More, there have been deaths at the sea since 2014. Krzystof Borowski, a spokesman of the European Border and Coast Guard Agency (Frontex) stated that migrants are in big danger due to the crossings being difficult and due to bad weather conditions and a rough sea. According to news published on the Frontex website, crossings were not expected outside of summer months. Contrary to these expectations however, arrivals to Romania through the Black Sea had lasted until November. Frontex also gave place to the ‘Black Sea Route’ in its annual risk report in 2018, describing it as a ‘temporary route.’ Yet once again, current affairs in Turkey and EU politics prove these expectations to be wrong.

The new conjuncture of Syrian and Afghan refugees in Turkey

Turkey, which hosts nearly 3.5 million registered Syrian refugees, also hosts many Afghan, Iranian and Iraqi migrants on the status of international protection. All migrants who reached Romanian shores from Turkey are from these four ethnic origins. While Turkey has already spent nearly 30 billion dollars in order to meet the needs of Syrian refugees, Ankara is also building new camps in the secured areas in Northern Syria, which have been neutralized by successful military operations. Many Syrians were envisaged to be sent to these camps at their homeland. Syrians who do not want to return to Syria also began to choose to move to European countries in the pursuit of better living conditions. This life expectations can also be a factor taken into consideration, which triggered many Syrian refugees to use the Black Sea route in order to reach EU borders. More, thousands of Afghan refugees reached Turkey through Iran due to unemployment and the insecure atmosphere caused by brutal attacks of Daesh and the Taliban groups. There is also a claim that 1.5 million Afghan people have been waiting at the Iran-Turkey border with the hope of entering Turkey somehow. It can also be estimated that these Afghan groups will probably seek ways to pass to Europe through Turkey.

Until today, Turkey has tried to hamper such passes of migrants as if there is no agreement with the EU for the Black Sea. Although local officials do not show any tolerance to smugglers, blocking them off is not an easy task. The Turkish Coast Guard Command also cooperated with the Romanian Coast Guard on many incidents and they have tried to maintain such a cooperation in the ongoing processes. It needs to be reminded that the crossings from the Black Sea began in the second half of last year. While these passings were described to be seasonal, they lasted until November. It is thus not difficult to guess that the crossings of migrants from this sea will begin at the beginning of the year and continue for a longer period according to last year, in which smugglers already tested.

Romania’s proximity to Western Europe is the main impetus of migrants crossing to the country through the Black Sea. However, although Romania is a member of the EU, it is not in the visa-free Schengen Area. Therefore, once their journeys are over, migrants fall into a trap. This can be the main reason why Frontex asserts this route to be ‘temporary.’ Migrants, usually from Syria, Iraq, Afghanistan and Iran, do not know that Romania and Bulgaria are not part of the Schengen Area. In addition to not being Schengen countries, these countries do not have the adequate services for migrants in terms of social security, employment opportunities, language and integration programs, and the access to education. Therefore, Romania and Bulgaria will not be the final destination of migrants who seek welfare in European countries.

Recently, Bulgaria and Romania also made a statement about joining the Schengen Area. These two ‘problematic children’ of the EU wish for this process to be concluded until the end of this year. The union has adopted the ‘acceptance mechanism’ towards its members for a while now in the need of holding member states together and in the direct of its enlargement politics. Angela Merkel even spoke about the Schengen Area and gave support for the accession of all EU member states to this visa-free zone. The accession of Bulgaria and Romania in the Schengen Area will most definitely cause concern for Frontex, as this condition will mean that refugees will be more attracted to pass through the Black Sea into these countries. If this does become the case, Frontex will need to deal with an increasing number of sea arrivals, deaths and criminalization. In order to be able to deal with such a burden, Frontex will need to improve the border security of these two countries, which have a limited capacity to secure their borders on their own.

Taken collectively, contrary to the view of Frontex, the numbers of migrants trying to reach European borders via the Black Sea are strongly estimated to increase. Turkey’s resettlement policy towards Syrian refugees will also probably encourage Syrians to cross over. The possible participation of Bulgaria and Romania in the Schengen Area will render these countries attractive to all refugees, thus dramatically increasing migrant crossings. Due to all these reasons stated, the EU severely depends on Turkey, as it did regarding the Aegean Sea, in the subjects of the prevention of illegal crossings, interference with criminalization and the halt of migrant deaths in the Black Sea. For this reason, the EU may need to re-knock on Turkey’s door once again.

Engin Gül is the Turkey director within Bosphorus Migration Studies. Gül is currently an undergraduate History student at Bogazici University.