Turkey needs reassurance and the Americans need an olive branch. A better relationship will only come when they recognize the value of soft power and come to a consensus like allies should. 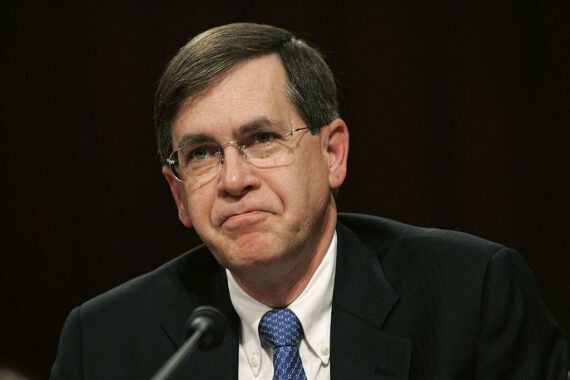 Former Senior Adviser to the Secretary of State and Coordinator for Iraq David Satterfield pauses as he testifies during a hearing before the Senate Armed Services Committee November 15, 2006 on Capitol Hill in Washington, DC. Alex Wong/Getty Images

The U.S. Senate confirmed Trump’s nominee for U.S. ambassador to Turkey, David Satterfield. An esteemed career foreign service officer, Satterfield’s time with the foreign service goes back to the early 80s where he served in Jeddah, Tunis, Beirut, and Damascus. He then moved on to become the Director of the Executive Secretariat staff from 1990 to 1993 when he served on the National Security Council Staff as Director for Near Eastern and South Asian Affairs until 1996. After, he was appointed Director of the Department of State’s Office of Israel and Arab-Israeli affairs until 1998 when he was confirmed by the Senate as Ambassador to Lebanon.

Satterfield’s relationship with Ankara will extend beyond Turkey’s borders as he must consider the scope of the turmoil in the region.

Satterfield enters the arena as U.S. Ambassador to Turkey at a time when the bilateral relationship is not exactly at an all-time high. The U.S. is essentially harboring a Turkish fugitive, Fetullah Gulen, and working with the YPG who Turkey considers a terrorist threat while Turks have purchased an S400 missile system from Russia. Satterfield has his work cut out for him, but his resume proves that he might be the best shot at reconciling these deeply rooted tensions.

With Turkey as a rising regional power and a NATO ally, it is in the U.S. strategic interest to use diplomacy as a conduit for a better relationship. Satterfield made it clear in an April 15 telephone briefing. Maintaining security, fostering transparency and liberal values, and upholding rules-based institutions should be at the top of his agenda, and using his experience as a diplomat from the First and Second Gulf Wars has the potential to point relations in the right direction.

Satterfield is a seasoned veteran when it comes to foreign service. So, will he offer Turkey carrots or come down hard with sticks?

His relationship with Ankara will extend beyond Turkey’s borders as he must consider the scope of the turmoil in the region. Iran is planning to increase its uranium enrichment beyond the limits of the JCPOA, and the crisis in Syria continues unabated. The U.S. cannot afford more failed diplomatic efforts with its allies, especially in a region as fragile as the Middle East, but Satterfield’s experience serving the Clinton and W. Bush administrations shows a promising trajectory of U.S.-Turkey relations. He now has the ability to work alongside James Jeffrey, the Secretary’s Special Representative for Syria Engagement and Special Envoy to the Global Coalition to Defeat ISIS, who has expressed open mindedness and optimism vis-a-vis Turkey. The State Department duo is poised to actively engage with the Turks to find common ground and reconstruct the alliance. The U.S. needs level-headed, capable diplomats to conduct foreign affairs and foster good relationships, and Satterfield is as qualified as they come.

The only smudge on his record isn’t even a smudge at all. In 2005, two members of the American Israel Public Affairs Committee (AIPAC) were indicted in U.S. courts for disclosing classified information to Israeli officials. Satterfield was mentioned as a “government official” in the indictment and served as a witness for the defense. The complicated case involving U.S. national security was eventually dropped by the Justice Department and Satterfield was dismissed unscathed. Even after this, he still preserved a good reputation on both sides of the aisle.

Satterfield is a seasoned veteran when it comes to foreign service. So, will he offer Turkey carrots or come down hard with sticks? The U.S. cannot expect to leverage its power everywhere. Turkey needs reassurance and the Americans need an olive branch. A better relationship will only come when they recognize the value of soft power and come to a consensus like allies should. 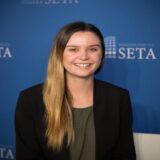 Olivia Russ graduated from Georgetown University in 2019 with a Bachelor of Arts in Government and a concentration in International Relations. Russ holds a minor in Spanish and studied abroad in Barcelona during the summer of 2017. Currently, Olivia Russ is a Research Assistant at SETA DC.