US ought to reverse border force plan

In a written statement, Ahmet Berat Conkar criticized the decision made by the U.S. and claimed that unless reversed, the decision to create a border force in Syria will jeopardize U.S. relations with Turkey. 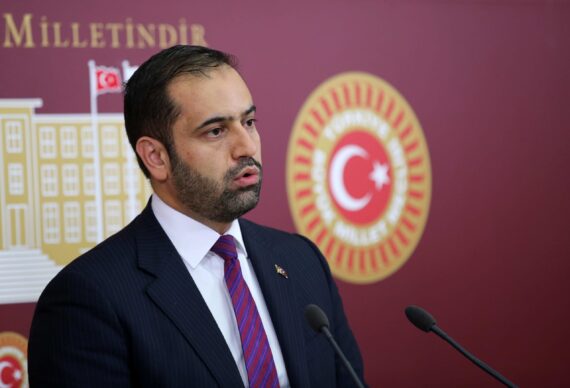 Following the announcement that the U.S. will form a border force in Syria led by the SDF, head of Turkey’s delegation to the NATO Parliamentary Assembly has called for the U.S. to reverse this decision.

In a written statement, Ahmet Berat Conkar criticized the decision made by the U.S. and claimed that unless reversed, the decision to create a border force in Syria will jeopardize U.S. relations with Turkey.

Conkar, who is also the deputy of the AK Party, stated that forming a border security force with the SDF contradicted “commitments and statements of the U.S.”

“[It] will constitute a threat to the national security of our country and consequently to NATO.”

Echoing comments made by Turkish Foreign Minister, Deputy Prime Minister and Turkish Presidential spokesman, Conkar called on the U.S. to “reverse their decision before relations between the U.S. and Turkey are harmed irreparably.”

He underlined Turkey’s “determination to eliminate any threat to its national security and its commitment to Syria’s territorial integrity.”

Syria’s territorial integrity was also raised by Russian authorities, who emphasized that they were waiting for the U.S. to explain this decision made.

In addition to Conkar, the Chief Negotiator of the Syrian Negotiations Commission (SNC) also expressed strong reservations about the U.S. plan to establish a border guard in northwest Syria.

The aim of the SNC – Syria’s umbrella opposition group – is to build a single, unified national army at the point of political transition.

In this respect, Nasr al-Hariri stated that “any force based on ethnicity or religion will be harmful to a political solution.”

“A large, separate Kurdish force might open the door for a new political struggle in the region.”

The Turkish authorities have further interpreted this move by the U.S. as an attempt to legitimize the terrorist organization PKK/PYD in the region.