US remains silent on Deash-PKK/PYD deal in Raqqa

On Tuesday the Pentagon defended the deal, which allowed hundreds of Deash terrorists to escape from Raqqa describing it as a "local solution to a local issue," namely the siege of Deash’s de facto capital in Syria. 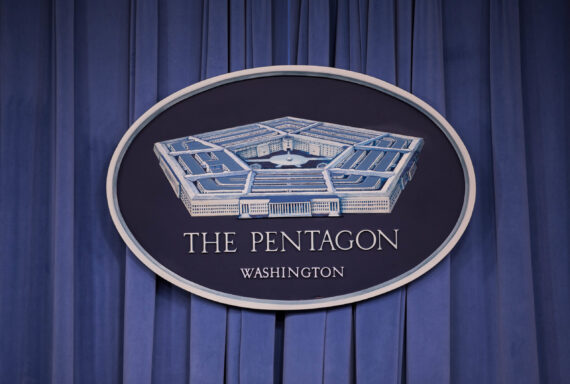 On Monday the BBC reported that a deal which allowed 350 Daesh fighters and more than 4,000 of their family members to leave Raqqa was made between Daesh and the Syrian Democratic Forces (SDF), a US-backed force largely comprised of PKK/PYD terrorists.

The US media has remained largely silent on the occasions even after the BBC’s report.

“This was a local solution to a local issue, and it demonstrated the importance and power of local governance,” the Pentagon said in a statement. “The central priority here was the protection of civilian lives and the arrangement was reached by our partners and their local affiliates.”

“Part of the by/with/through approach is that we might not fully agree with our partners at all times, but we have to respect their solutions to their own issues,” it added.

Turkey has always been a critic of the relationship between the US and PYD, the Syrian branch of the PKK, which has waged a terror campaign against Turkey for 33 years causing the death of more than 40,000 people.

“With respect to all of that, we continue to encourage all parties to seek political solutions and we continue to work with the SDF because our focus is to defeat ISIS [Daesh]” Pentagon chief spokesperson Dana White said at a press briefing on Turkey’s criticism of the US stance on the deal.

BBC reported that according to many of those involved in the evacuation a huge convoy consisting of around 50 trucks, 13 buses and more than 100 Daesh vehicles left Raqqa for Daesh-controlled territory to the southeast, adding that Daesh also withdrew at least 10 vehicles loaded with arms and ammunition and the fighters included foreigners alongside Iraqis and Syrians.

Turkey did not hesitate to respond; describing the agreement as “a grave mistake,” Turkish Deputy Prime Minister Bekir Bozdag criticized the attitude displayed by the US.

More, on Thursday, Bozdag emphasized that the terrorist groups could not have possibly made such an agreement without the knowledge of the US.

On Tuesday the Pentagon defended the deal, which allowed hundreds of Deash terrorists to escape from Raqqa describing it as a “local solution to a local issue,” namely the siege of Deash’s de facto capital in Syria.

Pentagon spokesman Eric Pahon claimed it aimed to provide civilians and families “an opportunity to leave the city and to allow the tribal leaders an opportunity to reconcile and reintegrate Syrian men who had been under ISIS [Daesh] control during its brutal three-year regime.”

Although they were “present at the discussions,” Pahon denied any role of the US-led coalition against Daesh representatives in the withdrawal negotiations.

As to the question whether Secretary of Defense James Mattis had been informed about the deal, White answered that she did not want to speak on that.

During the briefing, a question was also asked about the total number of US troops abroad. Joint Staff Director Lt. Gen. Kenneth McKenzie informed that there are 14,000 US troops in Afghanistan, 5,262 in Iraq and 500 in Syria.

Earlier this month Army Maj. Gen. James Jarrard initially put the number of US troops on the ground in Syria at 4,000 – a figure far exceeding the official count. When asked to affirm the 4,000 figure, Jarrard appeared to be caught off guard and claimed he “misspoke.”

US media silent on US support of PKK/PYD-Daesh deal

While the deal has not made headlines in the US media, according to a report by the Anadolu Agency, Pentagon spokesman Peter Cook corrected his statement that the US is delivering arms to the PKK/PYD to “the arms went only to the Syrian Arab Coalition and not to the PKK/PYD,” as it was perceived problematic to US discourse with its NATO ally, Turkey.

Last month PKK/PYD hung posters of Abdullah Ocalan dedicating the seizure of Raqqa to the convicted PKK terrorist leader who has been jailed in Turkey since 1999.

*This report was written by Suna Nur Sarıhan.