Many of the problems in U.S.-Turkey relations are structural. Had Erdogan never come to power, there would still be a strain between the two countries due to the transformations in global politics. 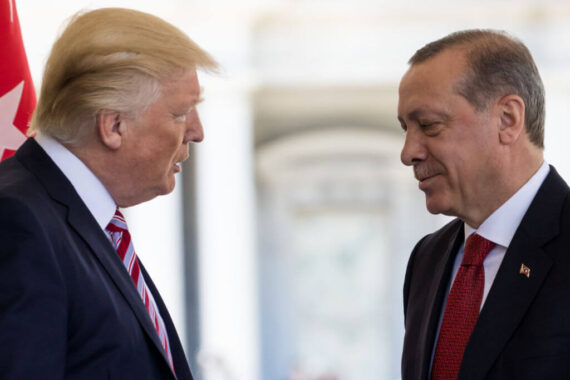 Since 2010, Turkey’s deteriorating relations with the United States have peaked with three problematic areas. The first is the U.S. siding with the PKK affiliated PYD and its military wing, the People’s Protection Units (YPG) throughout the Syrian crisis. Secondly, the U.S. refusal to extradite Fetullah Gulen, the so-called Muslim cleric who is behind the July 15, 2016, failed coup attempt in Turkey. Third is related to U.S. skepticism about Turkey’s loyalty to the West when Ankara decided to purchase S400s from Russia, allied with Iran and Qatar during the Qatar crisis and called the U.S. a “partner in bloodshed” over President Donald Trump’s decision to recognize Jerusalem as the capital of Israel. In addition, Turkey’s efforts to unveil the Khashoggi murder in Istanbul damaged the Trump administration’s prestige and legitimacy when Trump openly refused to impose sanctions on those responsible for the murder of the Saudi journalist, viewing weapon sales as an important source of U.S. jobs and standing by the Saudi Crown Prince, Muhammed bin Salman (MbS).

If there is one single issue that has bedeviled Turkey-U.S. relations, it is the PKK issue. The strong belief  in Turkey that Washington covertly supported the PKK especially after the invasion of Iraq in 2003, peaked with the Trump administration’s supply of weapons to the YPG and consideration of the YPG as a legitimate and efficient fighter against the DAESH. Following Turkey’s Olive Branch operation (January 2018), the two sides agreed on a plan on the withdrawal of the YPG from Manbij in March 2018. However, the Trump administration became reluctant to cooperate with Turkey in the east of the Euphrates and the northern Syrian city of Manbij. Washington also had assured Ankara that there would be a definite withdrawal of YPG forces from the area after its capture from DAESH. These promises however, were not kept in a timely fashion and Turkey’s suggestion for the establishment of a safe zone in Syria to curb the refugee flow to Turkey fell on deaf ears.

If there is one single issue that has bedeviled relations between Turkey and the U.S., it is the PKK issue.

Interestingly, although Trump agreed on the withdrawal of U.S. troops from Syria in January 2019 as DAESH was already defeated, only a few weeks later Trump threatened to “devastate” the Turkish economy if Ankara attacked Kurdish forces in Syria after U.S. forces left. This openly showed that the “strategic partnership” during Clinton’s period and “model partnership” during Obama’s period between Turkey and the United States took an entirely different shape. The current relationship between the two countries can be defined best as a “volatile partnership” as U.S. policies towards Turkey are quite unpredictable. Put it differently, the relationship that was structured in the Cold War at a time when Turkey had no choice but to claim its place in the West, now changed.

Today, Turkey sees itself as emerging from the shadow of the U.S. as an independent geopolitical actor that owes fealty to no one. President Erdogan views Turkey’s traditional ties with the West, including NATO, as unequal and at times unfavorable to Turkey’s interests. Therefore, Turkey under Erdogan, from the U.S. perspective, has been out of orbit. In this context, the July 15 coup attempt was perceived by a large percentage of Turks as an American attempt to topple President Erdogan.

Relations between Ankara and Washington have aggravated since the coup attempt, as the leader of FETO, Fetullah Gulen, has been a long term resident of Pennsylvania. Gulen has resided in the U.S. since 1999 and his fingerprints are explicit on all over the failed coup attempt. While the Turkish government’s passing of a state of emergency to conduct a purge in all government offices and business sector is still in progress, Turkey’s demand to extradite the mastermind of the failed coup remains unfulfilled.

As U.S. policies towards Turkey are quite unpredictable, the current engagement between the two can be defined at best as a volatile relationship.

The July 15, 2016, coup attempt led to Turkey’s upgrading relations with Russia and Iran as Turkey was estranged from its Gulf allies, and the United States who remained silent in the face of the coup whereas the Iranian and Russian leaderships publicly condemned the coup attempt within hours and supported Erdogan unreservedly.

In a nutshell, the two policies of Washington; the denial of repeated requests made by Ankara for the extradition of Gulen and the dispatch of trucks of arms to YPG three days after President Donald Trump promised that the United States would not supply any more weapons to the Syrian Democratic Forces (SDF) pushed Turkey straight into Russia’s and Iran’s arms. Turkey’s rapprochement with Russia peaked with Turkey’s decision to buy S400s.

Ankara’s intention to purchase an advanced air defense system, the S400, from Russia highlights diverging interests and perspectives between the two sides. According to Washington, Russian S400s are incompatible with NATO hardware equipment and deployment of such equipment risks the leaking of sensitive NATO military data to Russia as Turkey, at the same time, operates the F-35, the newest high-tech jet in the American military.

Although American officials including Scaparrotti (Commander of European Command) and Vice President Pence warned Ankara of “grave consequences” which could result in U.S. sanctions, Ankara openly declared that Turkey’s purchase of Russian S-400 missile defense systems is a “done deal” and cannot be canceled.

Turkish Defense Minister Hulusi Akar underlined that Turkey fulfilled its financial commitments regarding the F-35 program and said that Turkey’s exclusion from the F-35 project would be “illegal and immoral.” In addition, according to Turkish officials, removing Turkey from the F-35 project would generate significant problems in the production of the jet fighter if the Turkish supply chain was disrupted. Here the issue is that the deal with Russia involves joint production and technology transfer to Turkey, whereas Washington has been reluctant to provide this.

Washington urges Turkey to purchase Patriots instead of the S400s, but Ankara has said that it would only be possible if the right terms were agreed upon.

Most importantly, the United States has rejected to sell Patriot systems and air defense systems to Turkey for different reasons since 1990s and wanted to prevent Turkey from purchasing these systems from China and Russia. While rejecting Turkey’s request of technology transfer or the ability to buy these technologies at a reasonable price due to being a NATO ally, NATO has transferred high military technology to non-NATO countries such as New Zealand and Sweden.

In 2011, Turkey asked for patriot systems against missiles thrown from Syria. The U.S. rejected. In a way Turkey was left defenseless by its allies against the Syrian army supported by Russia. Today, Washington urges Turkey to purchase Raytheon Co Patriot defense systems instead of the S400s, but Ankara has said that, even though it would like to make such a deal, it would only be possible if the right terms were agreed upon. Although the purchase of S400s does not lead to a firm strategic partnership between Turkey and Russia, it has caused damage to the reliability of the partnership between Turkey and the U.S.

The Qatar crisis and beyond

The Qatar crisis is noteworthy as it clarified that Turkey and the U.S. are on opposing camps in the Gulf and Middle East. With the Qatar crisis, which came soon after Trump’s visit to Riyadh, the 13-point ultimatum were given by Saudi Arabia to Qatar as the price for lifting the trade and diplomatic embargo of the country. One of the ultimatums urged Qatar to terminate the Turkish military presence in Qatar and end any joint military cooperation with Turkey inside Qatar. The most important of all, the blockade of Qatar led to an immense solidarity between the trio; Turkey, Qatar and Iran.

Ankara’s immediate response to the blockade on Qatar was to stand by Doha. Turkey sent military forces to Qatar to deter any invasion as a symbolic gesture, given the unlikelihood of an overt attack, but one which crystallized the sharp division between the two camps. On the one side were Saudi Arabia and its Arab allies (the UAE, Egypt and Bahrain) who are against Doha, and on the other side were Turkey, Iran and, to a lesser extent, Russia, which support Doha. Interestingly, while Trump voiced his support for Riyadh’s maneuver and implicitly accused Qatar of being a sponsor of terrorism, former U.S. Secretary of State Rex Tillerson called on the Saudi-led coalition to ease its blockade of Qatar, saying the cutoff was hindering the fight against DAESH and provoking food shortages. Washington’s confused policy toward the crisis soon ended with the signature of a $12 billion deal to sell Qatar dozens of F-15 jets as Qatar hosts the largest U.S. military base in the Middle East.

The Qatar crisis and the following tectonic changes in Saudi Arabia under MbS’s de facto administration is noteworthy with respect to understanding the newly emerging distribution of power in the region. This has been an ongoing process since the fall of Morsi and the empowerment of Sisi in Egypt as a proxy of Israel and the United States. In this framework, it can be said that Turkey under President Erdogan has been in the opposing camp despite its institutional links with the West such as NATO membership, EU membership candidacy, its efforts to support NATO in Afghanistan and so on.

Unfortunately, the strategic U.S.-Turkey partnership is a thing of the past.

When looked at closely, Erdogan’s attitude towards Trump’s recognition of Jerusalem as the capital of Israel and the recognition of the Golan Heights as Israeli territory, the Turkish President has been extremely critical more than that of any other Arab country leader. Turkey’s unveiling of the Khashoggi murder is a response to the allegations that Turkey is sponsoring radical Islamist ideology. Former Secretary of State Rex Tillerson’s accusation of Turkey supporting the Muslim Brotherhood and former chief strategist Steve Bannon’s statement in an interview with the Saudi-owned Asharq Al-Awsat that Turkey is “more dangerous than Iran” pushed Turkey to unveil the Khashoggi murder. Thus, Ankara demonstrated to the world how the U.S. under Trump turned a blind eye to a brutal murder as it did not suit their economic and strategic interests to act otherwise. This, at the same time, was a diplomatic success for Turkey as the murder proved the current Saudi administration under the control of MbS as much more threatening and illegitimate than the Muslim Brotherhood, which only demands reform from the long lasting monarchs in the region.

In a nutshell, almost thirty years after the Cold War, the United States and Turkey often find themselves on different sides of a variety of important issues. Many of the problems in U.S.-Turkey relations are structural. Had Erdogan never come to power, there would still be a strain between the two countries due to the transformations in global politics. At a time when the U.S. sees the limited and transactional relationship with Turkey as serving U.S. interests, Turkey is trying to prevent bilateral relations from reaching a new low. The issue is to what extent Ankara and Washington will be able to formulate a new approach to the current problematic relations. Unfortunately, the strategic U.S.-Turkey partnership is a thing of the past. 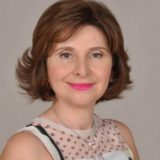 Also Read
How Will Antony Blinken Handle US Foreign Policy on Syria, Turkey and Yemen?
We use cookies to optimize your online user experience. To learn about our use of cookies and how you can manage your cookie settings, please see our Privacy Policy. By continuing to use our site you are excepting our use of cookies.Accept Cookies & CloseMore Info