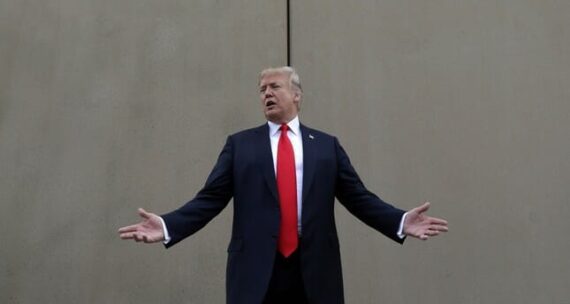 The U.S.-Turkey relationship is faced with yet another crisis, this time over the Brunson case. Crises are increasingly becoming the rule rather than the exception largely because of the underlying strategic dissonance between the two NATO allies. The U.S. and Turkey continue to fundamentally diverge over the PYD’s position in northern Syria, the Turkish purchase of the Russian S-400s, and arms transfers. The legal cases such as the Gulen extradition, the Halkbank case, and the Brunson case further deepen the existing discord. Added to this picture, the Trump administration’s domestic political troubles are pushing the relationship to the brink.

In the latest episode, Vice President Pence’s need to satisfy the demands of his evangelical constituency ahead of the November elections seems to override the need to engage Turkey rather than punish it. Pence’s harsh rhetoric was matched by President Trump’s social media message on the matter, which was clearly coordinated. As with many other foreign policy issues, President Trump used harsh rhetoric despite the welcome progress underlined by high level administration officials such as the Secretary of State Pompeo just days earlier. There is a chance diplomatic channels may produce a result acceptable to both sides on the Brunson case, but the ultimatum-like rhetoric used against Turkey would only make it harder to arrive at a political understanding, if any.

The ongoing efforts in the U.S. Congress to block the transfer of F-35s to Turkey indicates the detrimental effect of domestic political calculations on foreign policy. Congress has asked the Pentagon to provide a report evaluating the implications of Turkey’s potential purchase of Russian S-400s. Lawmakers cited the Brunson case to justify this move but the potential blockade of the transfer of the planes would hurt the very strategic partnership that the F-35 project is supposed to strengthen. President Erdogan has already pointed to international arbitration in case of such a move, which would only cause delays in the program and further damage the U.S.-Turkey security partnership.

The U.S.-Turkey relationship certainly has the capacity to overcome this latest crisis but a lot more effort is required to put it on the right track. Both sides had been avoiding public statements that would damage the ongoing working groups for a while now. But the most recent spat shows that domestic political considerations can be spoilers and it is crucially important to prevent such mishaps. The Turkish public continues to be deeply distrustful of the U.S. and the American public opinion is shaped by negative media coverage as well. Turkish politicians have made a serious effort to work with the Trump administration on all problem areas through various proposals and mechanisms to resolve problems but it is clear they will not respond well to sanction threats. The U.S. leaders need to give time and space to diplomatic channels instead of issuing counterproductive threats.

President Trump’s style of raising the stakes in order to secure a deal that benefits the U.S. seems to be at work here. However, raising the stakes based on domestic political calculations and adopting a maximalist approach cannot provide solutions in an already troubled relationship. The U.S. support for the PYD was already a move that was unilateral in its approach despite assurances provided to Turkey. Now, if the Trump administration goes down the road of unilateralism seeking to force Turkey’s hand, the relationship will only suffer damaging the national interest of both allies. The U.S.-Turkey relationship can hopefully overcome this latest crisis but we will almost certainly see more crises in the future given the instability and unpredictability in the region as well as the increasing insecurity and distrust among NATO allies.