US will lose from ending Iran deal: Turkey's president

Recep Tayyip Erdogan says U.S. signed the 2015 agreement, it cannot just annul it at will, warning of new crises in region. 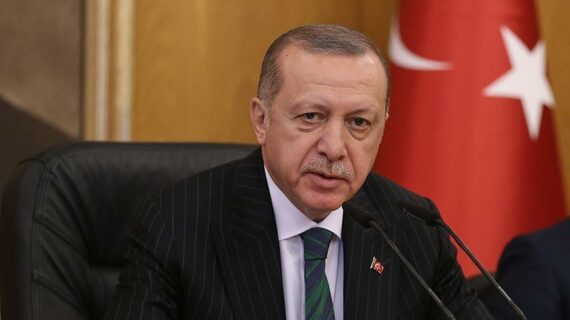 The U.S. will lose out from President Trump’s decision to withdraw from the Iran nuclear deal, warned Turkey’s president on Wednesday.

The deal was made “possible after years of negativity, in the end raising hope all around the globe. At the drop of a hat, turning this deal around and retreating from this deal, possibly is not just going to impact the region but also the entire world,” Recep Tayyip Erdogan told CNN International.

The economy of the whole world is at stake, he warned, adding: “The U.S. might gain some certain positivities out of the withdrawal from this or the rising oil prices, but many of the countries in poverty will even be hit harder and deeper.”

“We don’t need new crises in the region,” he added.

Asked if Trump’s action could lead to a geopolitical war, Erdogan said: “That’s not what we would wish to see of course, this is not something would like to expect. However in my view, the U.S. will be the ones to lose. Iran will never compromise on this agreement and will abide by this agreement till the end.”

One must “respect an agreement you have signed,” he reiterated.

Bucking pressure from the U.S.’ closest European allies, and most of the U.S. political establishment, Trump on Tuesday pulled the U.S. out of the landmark nuclear agreement that world powers struck in 2015 with Iran.

Trump opted not to extend sanctions relief for Iran, vowing instead to re-impose nuclear-related economic penalties.

The 2015 deal placed unprecedented restrictions on Iran’s nuclear program in exchange for billions of dollars in relief from international sanctions, but Trump has railed against it since his presidential campaign, repeatedly calling it the “worst deal” he has ever seen.

All of the U.S.’ negotiating partners — the UK, France, Germany, Russia, China and the EU — agree that maintaining the accord is the best way to reign in Iran’s nuclear program.