The February 28 coup was not just about re-shaping the political spectrum by forcing political parties with military dictates. It was also a top-down social engineering process. A process that was destined to fail. 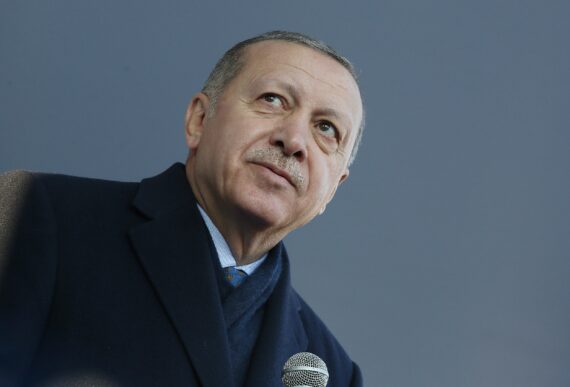 President of Turkey and the leader of Turkey's ruling Justice and Development (AK) Party Recep Tayyip Erdogan speaks during a campaign rally for March 31 local elections in Bartin, Turkey on March 04, 2019. AA

It’s been 22 years since the last coup in Turkey. We saw other coup attempts from the e-memorandum of 27 April, 2007, to the bloodiest coup attempt of 15 July, 2016. But these two failed to topple down the democratically elected government. Unlike the later two cases, the military’s intervention on 28 February, 1997, toppled down the government, banned the biggest party (Welfare Party) in parliament, and arrested many for not adhering to the republican laws (!) This last item of enforcing republican laws deserves more attention since it is a living memory in contemporary Turkish society and one major cleavage of political polarization. The coup plotters did not only push Prime Minister Erbakan to resign, but also took severe measures to affect society as a whole. The coup was not just about re-shaping the political spectrum by forcing political parties with military dictates. It was also a top-down social engineering process. A process that was destined to fail.

During and in the aftermath of the coup, the companionship of the Turkish military and judiciary carried out severe measures targeting the life styles of ordinary pious people on the street. Girls in headscarves were prevented from receiving education, as they could not enter public or private universities. One such fresh memory is the video footage of Behriye Kardeniz. She was a university student wearing a headscarf studying at the Nursery School of Sivas Cumhuriyet University. She happened to graduate in the heydays of the February 28 process. She did not simply graduate, but was also the top student of her entire program. The video footage takes place during her graduation ceremony where she was prevented from speaking while some people were shutting her mouth with their hands and pulling her headscarf.

Such encounters have tones of documented evidence, where women in headscarves went through physical and psychological intervention not only from the police or other security personnel, but also from their professors and peers. The mainstream media whitewashed such atrocities, the leading Turkish industrialists made supportive speeches for the process, and even some elected politicians took side with the military’s policies. While the policies of the coup plotters were still in charge, PM Ecevit had made a very harsh speech against the only female deputy in parliament with a headscarf. He had said that “Here [the Parliament] is not a place to challenge the state. Please bring this lady into line.” Following the speech Kavakci was forced to leave parliament and she was expelled from parliament and her Turkish citizenship was revoked.

It is this legacy that keeps the conservative and pious people of Turkey united behind the current President Erdogan to a great extent. Erdogan, himself was jailed in the process and banned from active political activities. Thousands of Turkish women had to drop out of school, thousands of students –both male and female- from Islamic education schools were denied entry to universities, and so on. These students still vote today and their memories are still fresh. Some people think that it has been 22 years since the coup and it is time to forget. I disagree. I believe the February 28 process showed and enforced the major line of division in Turkish politics and society.

The old establishment of Turkey and their supporters did not want the conservative people of Anatolia to rise in the social, economic, and political life. The latent critiques of AK Party still seems to be about its role in the vertical mobilization of Turkey’s conservative millions. They could study in higher education and become judges, parliamentary members, and so on. This has changed Turkey’s traditional social structure in which the conservative millions of Anatolia had one role to play, serve the civilized(!) and modern republican spirited people (or White Turks in short) of Turkey.

Erdogan’s AK Party has broken this power structure. But even today, women in headscarf are denied to enter such white Turkish circles. I can count multiple private universities in which you cannot see a single professor, instructor or secretary in headscarf. The same observation is valid for many other private companies, which explicitly exclude such conservative people from their staff. And this tells me that these very same circles who no longer control the state apparatus but continue to exclude pious people from their private enterprises must be missing the February 28 coup. The millions voting for Erdogan’s AK Party seem to be aware of this living polarization. Their memories of February 28 do not die because the spirit of February 28 coup plotters is still alive.