Voter Apathy in Istanbul will Determine the Election Results

It is not an exaggeration to state that the support of people who did not vote in the March 31 election will be the main determinant of the election on June 23. 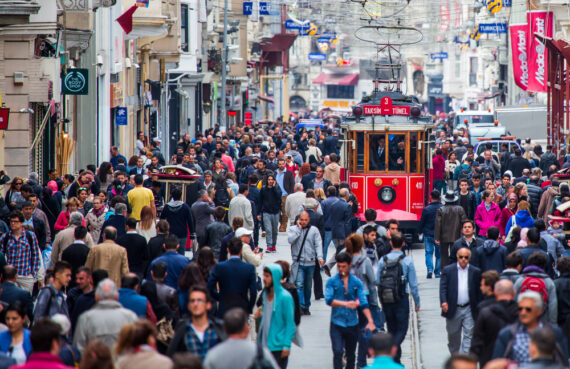 Taksim Istiklal Street at eventide on May 07, 2014 in Istanbul, Turkey.

After the Electoral Supreme Court (YSK) made the decision to re-run mayoral elections in Istanbul, political parties and their candidates re-started their preparations for the upcoming elections. Since the campaign period is quite short – there are only 40 days until the elections – political parties have accelerated their ordinary election campaign process. Thus, they made a snap decision to finalize the details of their electoral strategy.

At this point, it is crucial to ask the following question: What are the basics of the electoral strategies political parties are pursuing for the upcoming Istanbul elections? The answer to this question is that it’s too early to tell, since we are still in the early phase of the process. Nevertheless, there are some significant issues that political parties pay attention to in the early phase. Firstly, it is obvious that political parties are trying to mobilize their electoral base. Both candidates who previously ran in the election, Binali Yildirim for the People’s Alliance and Ekrem Imamoglu for the Nation’s Alliance, had a close number of votes. Thus, it is seriously important for the candidates to preserve their electoral base in order to obtain the majority of votes on June 23.

The AK Party’s emphasis on “Turkey’s Alliance” is an outcome of the attempt to broaden its electoral sphere.

Secondly, candidates have to broaden their electoral sphere in the following days in order to get to an advantageous position. It seems that both candidates have realized this and are focusing on it nowadays. There are some options for both candidates to achieve this target. For instance, they are trying to attract the attention of voters from other political parties. As a result of this, both candidates tend to have a more inclusive perspective on the aftermath of the June 23 elections. Rather than focusing on issues that divide society, they underline issues that can connect them to broader society. The AK Party’s emphasis on “Turkey’s Alliance” is also an outcome of this broader perspective.

Another eye-catching issue in the electoral strategy of political parties is the fact that they are giving special attention to voters who did not go to the polls in the previous elections. As I emphasized last week, the voter turnout in Istanbul was 83,88% and approximately 1.8 million people did not go to vote on March 31. As a result, political parties are trying to analyze the socio-economic background of these voters. Members of both alliances are trying to reach to these voters in order to gain their support in the upcoming elections. It is not an exaggeration to state that the support of people who did not vote in the March 31 election will be the main determinant of the election on June 23.

Rather than focusing on all voters, political parties seem to pay attention to the voters who did not previously go to the polls.

Hometown organizations in Istanbul also seem to be another target for both candidates. Since most of the electorate in Istanbul migrated from other provinces, political parties may conduct back-channel diplomacy with the representatives of these organizations. For example, the MHP chairman, Devlet Bahceli, seems to focus on interacting with these organizations in order to receive support from members. This strategy may be one of the basics of the MHP and People’s Alliance’s electoral campaign.

To sum up, political parties will compete to broaden their electoral sphere effectively in the upcoming days. Rather than focusing on all voters, they seem to pay attention to the voters who did not previously go to the polls. Since the process is full with ambiguities, it needs a little more time for parties to clarify their strategies.