What are the Prospects of the Turkish Economy?

A developing country such as Turkey needs not an over-valued currency but certainly an undervalued currency. The Turkish Lira had been tremendously overvalued against the Dollar and Euro in the 2000s up until a couple of years ago thanks to the abundant global liquidity and tight monetary policy in Turkey. 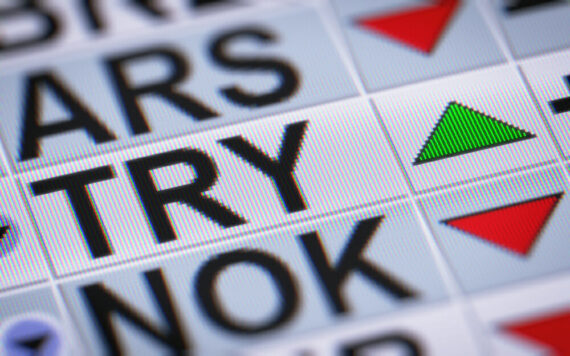 The Turkish economy grew by 7.4 percent in 2017, ahead of China and India, ranking first among the G-20 countries. However, there are some concerns within and outside of Turkey regarding whether the Turkish economy has been overheating or, quite the reverse, whether an economic recession is imminent. These concerns are mostly unsubstantiated.

First, a 7.4 percent of economic growth rate is not too high to justify the overheating thesis, particularly when compared to the long-term average economic growth rate of Turkey (4.7 percent). Moreover, one can argue that the one-quarter slowdown of the Turkish economy in the immediate aftermath of the failed coup attempt has been compensated by the above-average economic performance in the following year.

Second, given the current economic outlook of Turkey, the suggestion of an economic recession could be much more of wishful thinking or scare mongering rather than an informed prediction about the economy. That said, the Turkish economy has its own weaknesses (as well as strengths) as do other economies. Talking about existing economic weaknesses – such as the relatively high current account deficit – as a possible cause of an imminent economic recession, therefore, is not satisfactory at all and lacks a coherent internal logic: Why now? Given that Turkey has had a relatively high current account deficit for the last two decades, she has experienced no economic crisis, apart from the global financial crisis, which emanated from outside and which Turkey recovered more than completely and did so very fast.

There is no perfect economy in the world and no country needs a seamlessly-working economy to avoid a recession or a crisis. What is needed is a relatively healthy economy and the current economic outlook of Turkey does not show any significant sign of unhealthiness. Actually, quite the opposite: The Turkish economy showed its resilience time and again after 2001 and the economic performance of Turkey in that period is quite good, particularly given the global economic situation in the last decade and the continuing hangover of the 2008-09 global financial crisis for a quite number of countries. Actually, given what Turkey has gone through since 2013 in the political sphere, one can easily conclude that the Turkish economy has performed above standards. Therefore, one needs a very good explanation as to why Turkey should fall into a recession in order to be credible.

Some argue that the devalued Turkish Lira could be a real headache for the Turkish economy in the near future. While there are certainly some downsides of a devalued currency both in the short and long run, there are also important upsides. In addition, given that Turkish banks and firms are in a good shape in terms of their foreign exchange position, thanks to a solid financial infrastructure in Turkey, the downsides of the devaluation of the Turkish Lira is quite limited.

Moreover, a developing country such as Turkey needs not an over-valued currency but certainly an undervalued currency. It should be noted that the Turkish Lira had been tremendously overvalued against the Dollar and Euro in the 2000s up until a couple of years ago thanks to the abundant global liquidity and tight monetary policy in Turkey. Only with the dwindling of global liquidity to a certain extent and with – paradoxically – the aforementioned financial attacks, the Turkish Lira has returned a much more balanced level against the Dollar and Euro. Therefore, there is no reason to be afraid of “normalcy.” Actually, it is the overvalued currency a developing country should be avoiding.

All in all, taking Turkey’s economic history and performance as a guide, with all her weaknesses, the prospects of the Turkish economy are relatively high.