What can Turkey learn from the South Korean Development Experience?

Over the last few years Turkey has started to give more importance to the manufacturing industry in order to reverse its pre-mature deindustrialization process, create more jobs and to escape the middle income trap. The Turkish government has been giving economic incentives to encourage more investment in key areas, such as automobile, defense industry, railway systems, renewable energy technologies, petro chemical industry, medical devices and so on. We need to investigate the South Korean development experience more carefully in order to raise efficiency of these incentives and investments. 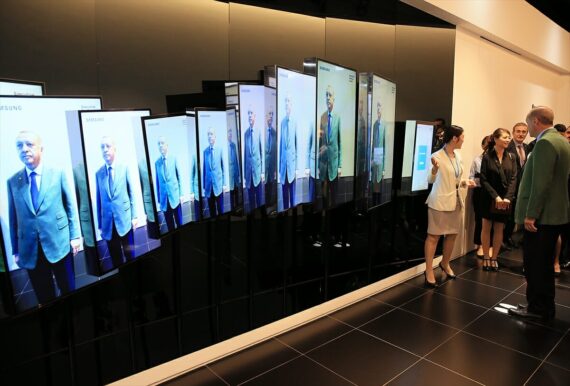 President of Turkey Recep Tayyip Erdogan visits ‘Samsung Digital City’, some 13 miles south of the capital city of Seoul, during his official visit in South Korea on May 3, 2018. Anadolu Agency

In the last week of April, heralding the coming of spring, the North Korean and South Korean leaders held a historic summit. Although apparently intimate meetings between the two leaders were described as a positive step towards stabilizing the region, there is much effort to be made. Besides, there are too many questions waiting to be answered. Is North Korea really sincere or trying to save time? How will China react to North Korea’s potential departure from its axis if relations improve? Will South Korean individuals shoulder potential economic burdens, as West Germans did in the past? How long will the Trump administration continue to be dovish against North Korea? Since I am not a political scientist or an international relations expert, I am glad that I don’t have to look for answers to these tough questions. The topic that I want to focus on here is quite different.

Turkish President Recep Tayyip Erdogan made an important visit to South Korea at a time when the 38th parallel had experienced a dramatic event for global stability and peace.  President Erdogan and his counterpart Moon Jae-in signed four bilateral agreements on cooperation in higher education; information, telecommunication, space and satellite technologies; industry and energy; and health and medical science.  Prime Minister Binali Yildirim and his delegation also made an official visit to South Korea a few months ago. Turkey aims to strengthen its relations with East Asia, both commercially and financially, because the center of gravity of the world economy has gradually been shifting to Asia.

South Korea is a social laboratory for development economists, enabling them to understand how the state-led development strategy could be implemented successfully. South Korea is one of the few countries that have caught up with the developed world by experiencing a technological big leap with a strong industrialization push. Today, South Korea is the world’s leading spender on R&D as a percentage of GDP, innovating path-breaking technologies, and has global giant companies in different sectors.  In fact, South Korea had a similar level of development, in terms of GDP per capita, with Turkey in the early 1960s.

Turkey implemented a state-led industrialization strategy during the Cold War, just as South Korea did. However, while Turkey failed in this regard, South Korea took off. Smart industrial policies, strong bureaucratic capacity, an export-oriented approach, and a vibrant private sector have facilitated South Korea to climb up the development ladder.

South Korea not only gave incentives to firms and industries, but also used disciplinary measures (e.g., withdrawal of subsidies and preventing the companies from participating in a public procurement). The carrot-and-stick approach was one of the most important reasons that made East Asian countries, such as South Korea, more successful than Latin American and Middle East countries.

Government supports and incentives were conditioned on performance, and especially on export performance. South Korea shaped its production structure by targeting mainly global markets, instead of its own market. The South Korean economy has risen with its tremendous export success.

To reap maximum benefit from state support and incentives, South Korean governments have taken into account upstream and downstream industries when designing industrial policies over the years.  Governments gave more support to industries with high backward and forward linkages. By doing so, South Korea increased its productivity level, minimized its dependency on imported high-tech intermediate goods, and offered more jobs to its citizens.

Since industrial policies are multidimensional, ministries and government agencies should work in a coordinated fashion to ensure that policies are implemented properly and efficiently. This is the working principle of the South Korean state. Strong bureaucracy has played a pivotal role in implementing all these policies featly.

In South Korea there is an entrepreneurial spirit that has a global vision and puts production success ahead of monetary success. Entrepreneurs wanted to prove to the whole world that South Koreans could produce as high quality and diverse products as Westerners. It was not enough for them to be an ordinary part of the global production chain, although this is an easy way of making good money with taking little risk. They wanted to be the special one. And they (e.g., Samsung, Hyundai, LG and Kia) did.

Over the last few years Turkey has started to give more importance to the manufacturing industry in order to reverse its pre-mature deindustrialization process, create more jobs and to escape the middle income trap. The Turkish government has been giving economic incentives to encourage more investment in key areas, such as automobile, defense industry, railway systems, renewable energy technologies, petro chemical industry, medical devices and so on. We need to investigate the South Korean development experience more carefully in order to raise efficiency of these incentives and investments.